No signs of winter thaw

Despite several rounds of talks, there has been no breakthrough in LAC standoff 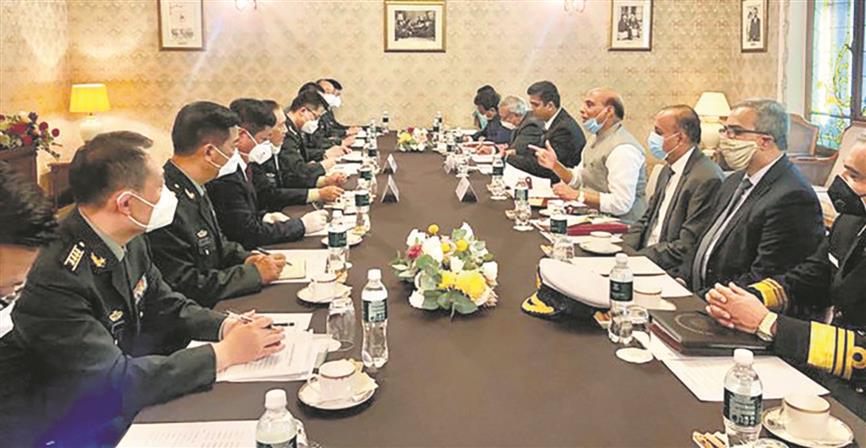 UNREALISTIC: China maintains that the boundary issue should be decoupled from the normal ties between the two countries. 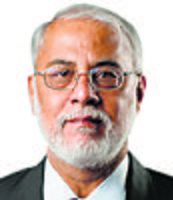 Last Saturday, according to a report in The Tribune, India-China military talks were deadlocked, at least for now. The last round, the eighth since June 6, was held on November 7, and the two sides have been unable to find dates for another round.

As temperatures began to plummet in Ladakh, there were expectations that the two sides would find a solution to the problem arising out of the Chinese action of breaching the LAC at several points last May. Instead, both sides have dug in by providing their personnel special housing and clothing.

China has given no indication that it is aware that it is responsible for changing the situation. It would be foolhardy to assume that we can return to normality soon.

Conversations with the Chinese side reveals that they continue to blame India for the problem and maintain that the boundary issue should be decoupled from the normal ties between the two countries. If India insisted in coupling the issues, they say, the question will be further complicated. When India presses its case, it gets homilies on properly managing and containing differences and not allowing the situation to escalate. In a period when the Chinese are facing the US and other efforts to decouple from the Chinese economy, they are sensitive to Indian actions in the same direction, even though the impact of India’s restrictions on Chinese trade and investment is not very significant.

Actually, during 1988-93, India did indeed decouple the boundary issue from that of normalising ties. Subsequently, it built a multi-layered relationship with China, based on trade, investment, people-to-people contacts and cooperation in a range of areas on global and regional issues. What the incidents in Galwan and other parts of eastern Ladakh have done is to disrupt this. Beijing needs to know that it is not easy to put the toothpaste back into the tube.

The Galwan incident, where 20 Indian soldiers lost their lives, has had a profound impact across the country. This is especially since there had been no casualties on the LAC since 1975.

Given the Indian system, the Chinese sometimes find it difficult to understand, no government can afford to ignore public opinion. It is true that in India, the media nowadays often plays an inflammatory role. But it is still a largely free media and it is difficult for even the Modi government to control it.

In Galwan, a local situation went out of hand and poor Indian command and control played a contributory role. But the primary responsibility is that of the PLA which should not have been there in the first place.

As it is, by their own description of the LAC in 1960, they should have been at least half a kilometre away from the place where the incident occurred and where they wanted to retain an observation post there. Satellite imagery confirmed that they have amassed substantial men and equipment in the Galwan valley, and their intention was not to guard their portion of the LAC, but to push a road 8 km into the Indian side to the point where the Galwan river meets the Shyok. Subsequently, the Chinese have claimed the entire Galwan valley. Incidentally, by now, the Chinese side has confirmed that they, too, suffered casualties in the incident.

Efforts to defuse the situation began almost immediately. The Prime Minister himself denied that there had been any intrusion. Maybe, he did this to protect his government from accusations of mishandling the situation, or, perhaps he was hoping to ensure that this could calm the situation.

Talks between military officials that had been held since May 6 did not work and eventually the issue was taken up in Moscow on September 4 and 10, when Defence Minister Rajnath Singh and External Affairs Minister S Jaishankar met their Chinese counterparts.

After the second meeting, the one between the two foreign ministers, a five-point de-escalation process was supposed to have begun. But after taking the first step in the military meeting of September 21—not to add any more troops along the frontline and refrain from changing the ground—nothing has been done.

Earlier this month, there was a flurry of media reports that India and China were close to an agreement for the Pangong-Chushul area. This would begin from the north bank of the Pangong Tso where the PLA had occupied and fortified an 8 km stretch from Finger 4 to Finger 8 since early May. The Chinese side would pull back to east of Finger 8, while the Indians would pull back to a position between Fingers 2 and 3. This zone would thereafter become a ‘no patrol’ zone.

Thereafter, they would pull back tanks and heavy weaponry near the LAC, and then, lastly, both sides would pull back from the forward positions they have taken along the Pangong (Kailash) range in the south bank of Pangong Tso and also make this a ‘no patrol’ zone.

Almost immediately, the reports were denied by the Communist Party mouthpiece Global Times, which said that the reports were inaccurate and contained half-baked information. This was not a total denial, and a commentator cited acknowledged that the two sides had some agreement, though not as wide-ranging as described in the media. The report claimed that the Indian media’s reports were aimed at pressuring China and stirring up domestic nationalism.

So far, the Chinese have given no indication that they are aware that it was they who have changed the situation, both in the LAC and the larger Sino-Indian relationship. Given this, it would be foolhardy to assume that we can return to normality soon.