No substitute for state funding of agriculture

Gurnam Singh, the first non-Congress CM of Punjab, believed that agriculture was viable only with govt support. Industry, on its own, can’t sustain farming. But a prosperous farming community would sustain the industry by giving it a large consumer base. The govt will find that funding agriculture will pay far more social and financial dividends than subsidising bad industrial loans or promoting crony capitalism. 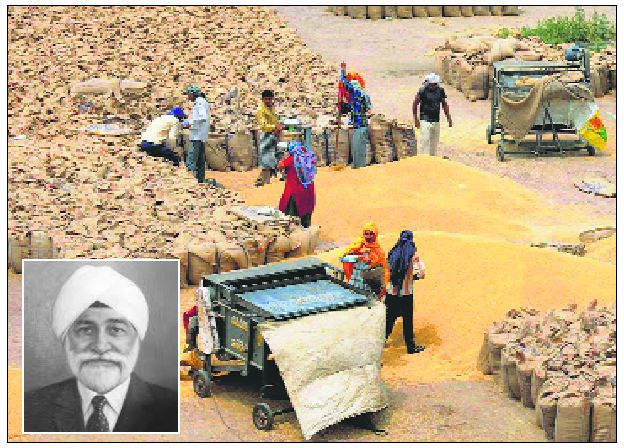 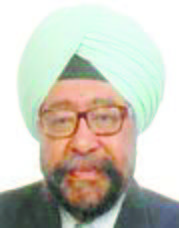 The 122nd birth anniversary of Justice Gurnam Singh, the first non-Congress Chief Minister of Punjab, falls today. He was one of the architects of the agriculture policy that made India surplus in foodgrains. This is relevant today amid the farmers’ agitation against the Central Government for repeal of the three new farm laws. In the mid-1960s, India suffered from major food deficits and even famine. It was dependent on American food aid, termed PL480. The country was an unregulated market where big traders purchased foodgrains at low prices from farmers and sold them at huge profits to deficient states. The then PM Indira Gandhi raised the alarm at the distress caused by food shortages and high prices.

After taking charge as CM in 1967, Gurnam Singh announced remunerative prices for farmers. The minimum support price (MSP) for wheat was fixed at Rs 72 for the new ‘Mexican’ variety and Rs 86 for the old varieties. Hoarding and export of wheat from Punjab was banned to ensure price stability for consumers. Union Agriculture Minister Jagjivan Ram accepted Punjab’s request for the purchase of surplus foodgrains by the Food Corporation of India (FCI) at the MSP. At the state level, a policy of setting up village mandis or agriculture market was framed; till then, the mandis were mainly restricted to urban centres. The policy of rural electrification and link roads for connectivity to mandis was initiated, making Punjab the first state to do so. The Punjab Agricultural Produce Markets Act for regulating the mandis was passed by the Unionist Party government of Sir Sikander Hyatt Tiwana in 1939. It was the brainchild of the then Development Minister, Sir Chhotu Ram. The Act was amended in 1961. The MSP was adopted by Union Agriculture Minister C Subramaniam on the advice of American scientist Frank Parker in 1966 at Rs 54 per quintal. But a major incentive to farmers that led to the food surplus came when Punjab revised the procurement price to Rs 72 in 1967. Haryana followed suit. Gurnam Singh went on to head the Indian delegation at the World Food Conference at Rome, the only Chief Minister to have this honour.

Coming back to the present, the new farm laws have been hailed by captains of industry and some economists as the ‘1991 moment’, a reference to the economic reforms of Manmohan Singh.

However, the farmers have rejected the laws. It is feared that India will again become an unregulated zone for agriculture and market forces will determine prices for farmers and consumers. Provision for corporate houses to open private mandis without paying taxes applicable to the APMC mandis may lead to the latter’s closure. Stockpiling is allowed. The stipulated contract is biased in favour of companies. The farmers say this is a return to the pre-1967 era of hoarding, artificial surpluses and shortages, low purchase prices for the cultivator and inflated prices for the consumers. Hence, they want the laws repealed and redrafted.

Farming involves, in some form, 70 per cent of the Indian population. About 90 per cent of the farmers are poor and marginal. Agriculture contributes only 16 per cent of the GDP because of lack of government funding. Farmers are under heavy debt and over 4,00,000 have committed suicide since 1996. The new reforms have triggered unease that will take over agriculture. Farmers fear they will lose their lands to crony capitalism. Farmers of Punjab and Haryana who made the country self-sufficient in foodgrains by their hard work, say that MSP and FCI procurement, their main source of income, are being eased out and they will be left at the mercy of big businesses. So, they have taken the path of agitation.

Instead of addressing the concerns of the farmers, the Centre has chosen the path of defaming them and suppressing the movement by repression and the use of draconian laws.

Punjab, which then included Haryana, saw the biggest agrarian agitation of the 20th century for the repeal of three farm laws enacted by the British Government in 1907. Then too, there were mass detentions and compromise formulas were floated, including one brought forward by Lala Lajpat Rai.

But after nine months of struggle, the laws were repealed. The agitation, titled Pagdi Sambhal Jatta or “preserve the rights and honour of farmers” is being replicated at Delhi’s borders today and steadily spreading to other parts of the country. The violation of human rights of peaceful protesters and those speaking up for them has brought about international condemnation.

So, what is the way forward? Gurnam Singh believed agriculture was viable only with government support. Big business could supplement, but not be a substitute for state funding. Industry, on its own, could not sustain farming. But a prosperous farming community would sustain the industry by giving it a large consumer base. He found support from the likes of Dr MS Randhawa, a brilliant civil servant, a farmer himself, who served as Vice-Chancellor of Punjab Agricultural University, as also Partap Singh Qadian, founder of the original BKU. The US, Canada, EU, Japan and China heavily subsidise farming to maintain price stability and a minimum income for farmers. China subsidises agriculture four times more than India. So, the government must allocate more funds for agriculture through MSP and direct payment to farmers; and capital expenditure on technology, water and soil conservation, research, agro industry, opening APMC mandis and so forth.

It should give incentives to farmers of Punjab and Haryana to switch from rice and wheat to other crops. The government will find that funding agriculture will pay far more financial and social dividends than subsidising bad industrial loans or promoting crony capitalism. Or else, India will remain a poor country with weak institutions while other Asian countries move ahead.