Not a private affair

Keep failed or tainted companies out of the denationalisation process 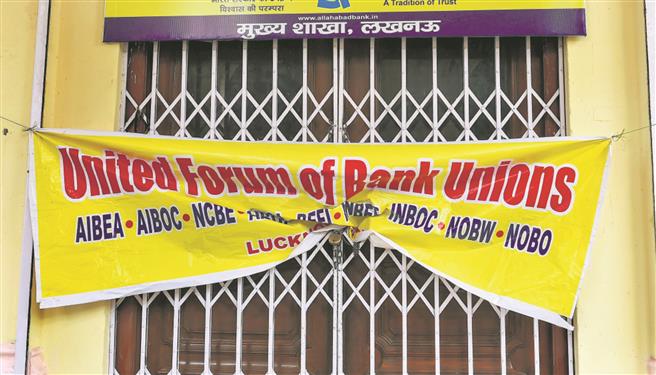 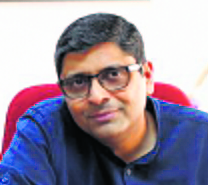 For a lapsed Marxist like me, there is no greater mea culpa than a eulogy for private capital. Wealth can be distributed only if it is created in the first place. Mammon, and not Marx, can work miracles, generate jobs, break the feudal order, trigger innovations, and usher in a new dawn of democracy and self-respect; and the proof, of course, is offered by Communist China, which had to adopt State Capitalism to pull its population out of poverty, through overall prosperity. Hence, one has to agree with Prime Minister Modi when he roots for private enterprise, as he did on Wednesday in the Rajya Sabha. But in the fog of farm fires we seem to be missing a tectonic shift in our political economy — a moment of no return for the repositories of our national wealth, such as public sector banks and insurance companies.

It is rare for a Prime Minister to use the term ‘babu’ for a bureaucrat. But while accepting his contention that babus do not have a monopoly over commercial wisdom, it has to be underscored that the fear of privatisation or a corporate takeover has nothing to do with the efficiency of the babus. Our top bureaucrats, like all other achievers in our society, are a mixed bag of the good, bad and ugly — in fact, if only a tad more accountable than the rest. They do not necessarily make or mar, at least, the financial system, which has been inherited from an extremely avaricious private sector.

It was Feroze Gandhi who stood up in the Lok Sabha to attack his father-in-law and the Prime Minister over a scam in the Bharat Insurance Company. This private insurance company was then owned by Ramkrishna Dalmia, who had bought Bennett Coleman and Company, the publishers of The Times of India, from its British owners. Nehru ordered an inquiry on the floor of the house and soon enough, the Vivian Bose Commission unravelled a multi-crore scandal that finally led to Dalmia getting convicted and serving a sentence in Tihar Jail. It was the nationalisation of Bharat Insurance Company and several other private insurers that created the country’s most credible financial institution, the Life Insurance Corporation.

If not equally dramatic, there are stories of financial distress caused by inept and greedy owners behind the nationalisation of many other institutions. Sure, Indira Gandhi’s tilt towards the Left after the Congress split in 1969 had created a political climate conducive for socialist sloganeering, but the primary responsibility for all the scams in the financial sector has to be laid at the doors of the promoters. It is this history of nationalisation that we tend to forget when we reverse the process and decide to privatise banks and insurance companies.

Can privatisation alone clean up the banks and ensure that they do not go belly up? If it were so, the Yes Bank fiasco would not have happened. It was a private bank run by new-generation entrepreneurs with global exposure. Ownership — whether private or government — is no guarantee against fraud. A secure government employee of a PSU bank or an insecure, contracted employee of a private bank can commit the same fraud, provided they believe they will get away with the crime. After the Vijay Mallya or Nirav Modi scandals, it can be said with a great amount of certainty that behind every financial crime is a PSU bank employee — senior or junior. Yet, people trust PSU financial institutions only because they have a sovereign assurance about the investments and returns.

This is very important, more for depositors than borrowers. The private banks have grown exponentially in retail banking because of the risks and bold decisions they have taken to lend money to home and car buyers and entrepreneurs. Here the bankers had to trust their borrowers. And India’s small and retail borrowers have ensured that they can be trusted with the banks’ money. In fact, ours is a society where borrowers commit suicide when they cannot repay their debts. But the same cannot be said about deposit-seekers like Bharat Insurance Company of yore. An Indian depositor suffers the inefficiency and inconvenience of depositing his savings in a PSU financial institution only because of the fear of the loss of his deposits. It is this fear of loss of deposits that has got extended to the fear of privatisation of LIC and PSU banks.

Every investor wants better service and greater return on investments than what a PSU institution offers, but what if he loses the entire investment in the process? If the government would stand guarantee for retail investments and deposits, nobody would mind the privatisation of these institutions. In fact, it would even be a welcome move. But our contemporary history teaches us that for one successful Ambani brother, there is a bankrupt one as well. That ratio is scary. The fear of the farmers at the Singhu, Tikri and Ghazipur borders is also the same: what if a new private sector procurement entrant fails?

The government owes it to Indian retail depositors to ensure that failed, tainted or controversial companies are not allowed to participate in the privatisation process. The ideal situation would be to have mom-and-pop investors buying up the government offerings during an IPO whenever LIC and PSU bank shares get offloaded, with the assurance that they would all be professionally run by competent, credible boards. These behemoths have been created by generations of hardworking citizens and if they are handed over to cronies, who get into any sector where the government resources are up for grabs, they are bound to fail and take the entire economy with them.

Public sector inefficiency cannot destroy our economy, but unregulated private sector avarice after privatisation can finish us off. So, privatise by all means, but let the wealth remain with small investors who, in turn, can create entrepreneurs with domain expertise — India’s new capitalists.