Of sippers and straws 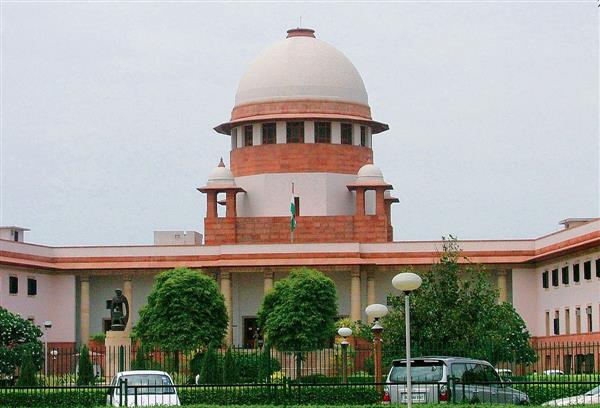 Morally bound: Judges must perform their duty as constitutional correctors. 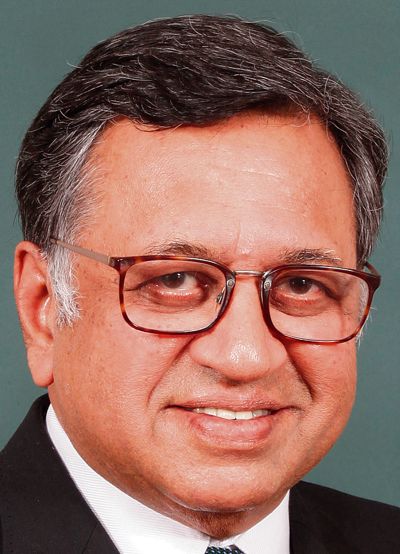 The last few months have seen the SC in the news not so much for outstanding judgments, but for one controversy after another, a tragedy for most parts with some comic intertwining. The court has been criticised for abandoning its charge of the sentinel on the watch by leaving unattended the grave issues of the CAA, Art 370, detentions in Kashmir and elsewhere, challenges to the RTI Amendment Act and electoral bonds. It has drawn flak for the alacrity with which it processed the case of Arnab Goswami, the pro-government newscaster. The October issue of the Caravan focused on how Solicitor-General Tushar Mehta holds sway in the court. And the denouement of tragedy here is farce, the focus of late being on booking comedians for tweets showing Tilak Marg’s deferential nod to Raisina Hill.

But one image of sadness has haunted us — an 83-year-old man housed in a jail in Maharashtra. His name is Stan Swamy and he has been incarcerated for two months. For the past 30 years, he has worked with Adivasis in Jharkhand. Because of Parkinson’s disease, he cannot hold a cup to his mouth. So he asked for a sipper or straw. That request was made over a month back; it does not take 10 minutes to procure one from a nearby stall, but the jailors declined. A petition was filed before the judge handling special National Investigation Agency (NIA) cases, on November 6. The NIA sought three weeks to give its response, apprehending the incendiary use of these drinking aids. The judge gave them this time. Was he handpicked for such qualities to man this court? The Press picked this up and public outrage was all over the place. One would have thought that a shamefaced NIA and judge would quickly redress the situation. But no. The NIA said we never took it away from him, but didn’t say we will give him one anyway. Swamy had to file a fresh petition, and since due process must be followed, our judge adjourned it to December 4. One hoped against hope that after releasing Arnab, the SC would take cognisance of this monstrous state of affairs and summon the jail superintendent, NIA chief and Maharashtra Home Secretary for denying sipper and straw. It was an opportunity to rebut charges of partisan conduct, but, alas. Ultimately the jailors themselves seem to have supplied these to the prisoner.

Perhaps it is time for citizens to realise that we must all sip from the one fount of liberty, and that is the Constitution which gives us our primordial precepts of equality, fundamental freedoms, fraternity, governance by law not men, and protects our diversity and minorities. That drinking deep draughts during the Emergency and neglecting the cup later has cost us dear. That if we depend blindly on the men who man our institutions, there will come a time when enough of them will gather and let us down. That our liberty is guaranteed only if we display vigilance. And vocalise this vigilance. For times come in a country’s lifespan when silence is not an option. In all this, we must maintain the distinction and difference between supporting a political party and espousing beliefs that are above parties and ideologies, and that is the centrality of our idea of India, and that idea is as enshrined in our Constitution, the kernel of which is the unalterable basic structure. It is time we learnt the truths of the truisms in the ringing words that are so nobly crafted in our nation’s DNA. We must call to account those who are but our representatives and servants, whether they man executive or legislative or judicial office. And we must be watchful to reject men of straw from entry into such offices, and eject those who have slipped in under the radar.

And on comedy. Were it not so tragic, so comic is it to see umbrage being taken at every potshot that comedians take. And in the process, propelling them from nonentities to famedom. Does not the cascade of contempt notices actually bring down the reputation of the court? My Lords, do your bounden duty. Do justice as per the Constitution and the law. Keep the balance equal. What have you to fear, you who are protected in every way and assured of every benefit? Do your duty, and leave the comedians to us to sort out. The Attorney-General spends his time processing applications for contempt rather than arguing major constitutional cases because they are not posted, and the court has to battle not for our freedoms but for its credibility.

In times of trouble, it is good to go back to the basics. We are fortunate to have one of the best Constitutions in the world, which secures our liberties, checks arbitrary power and provides an independent judiciary. This is our public religion governing our minds and activities in the temporal sphere, transcending all divisions of every kind.

It is in the nature of executive wielders of power to veer to excesses. The systemic check is the judiciary, armed with the extraordinary power of judicial review because all acts of legislature and executive must pass constitutional scrutiny and it is the judges who interpret and enforce the Constitution. Therefore, it is crucial to have judges who fulfil this role of constitutional correctors. There is no power of superintendence over judges since that will destroy their independence. They draw their strength from the people and must therefore hear what they have to say. The clearer and sharper the message, the better. Judges should therefore welcome frankly expressed views and criticism because it keeps open the line of communication between them and the public and makes them more responsive to the concerns and needs of those whom they serve. And a corresponding duty to speak truth to power devolves on those who have the capacity to speak and write for the public weal. If we write in disappointment, my Lords, remember that we write because we still have hope and wish to keep the faith. We need each other to keep alive democracy and liberty.