The depressed economic environment amid the pandemic has hit the American shale companies badly. In this scenario, the US will have to reconfigure its forays into the Indian market by elbowing out the Russians, and accept the new reality of energy interdependence. The US can no longer keep its ‘winner-takes-all’ mentality in the Indian market.

Boom over: US oil prices trade in negative numbers for the first time amid the global crisis and its dream of energy independence is fading . 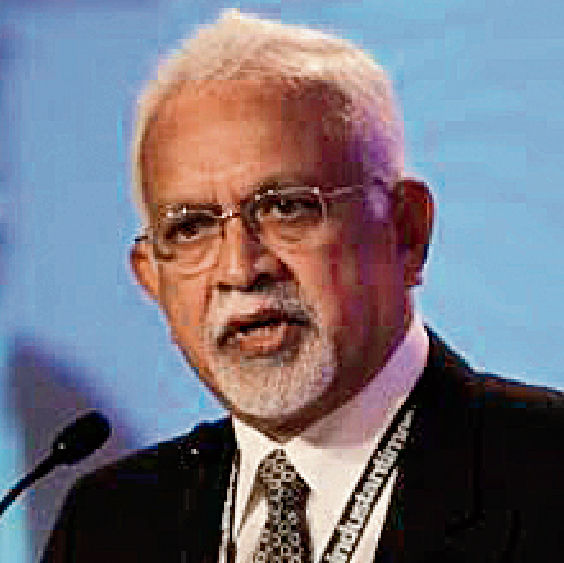 On April 20, an incredible thing happened in the energy market. The prices for West Texas Intermediate (WTI) crude, the American crude benchmark, had a historic fall below $1 per barrel. Effectively, a barrel of oil was cheaper last week than it was before motor cars were invented. This astounding story of crude carnage offers oil investment lessons for India. The plunge in international crude prices may seem a heaven-sent gift for India. Doesn’t it make sense to invest in oil when people are paying you to take it?

However, a country of India’s standing should not behave like a rookie trader. A clear explanation is needed of how this whole crazy contango can go down. For a start, the present market volatility is anything but a passing phenomenon. The entire structural artifice of the global oil market is fracturing.

Second, the great American oil boom is over. What has hit the US shale oil industry is a perfect storm. There are three sides to it — the precipitous fall in energy demand stemming from the efforts to contain the coronavirus pandemic; the unwillingness of major oil producers to agree to cut production that would probably help lift the oil price; and, the Saudi and Russian willingness to flood the market with oil to keep the prices suppressed (even at some cost to themselves), which would make it impossible for the American shale oil producers to stay in business.

Third, at the core of this struggle lies Saudi Arabia’s assault plan to reclaim the market share it lost to the shale oil in the recent years. The point is, for most shale oil producers, an average price for the WTI between $40 and $45 per barrel at the very minimum is absolutely vital to stay in business. In comparison, the cost of oil production is very low in Saudi Arabia (an average of $8.98 per barrel) and in Russia (average $19.21 per barrel).

The depressed economic environment hits the American shale companies badly, adding to their existing debt burden. The oil driller who survived at $50-a-barrel oil finds the recent collapse to $20 per barrel unbearable. Effectively shut out of credit lines by banks, the industry is going to suffer historic shutdowns. A wave of oil bankruptcies is on the way in America.

Simply put, the American dream of energy independence is overnight fading away. But this shift in the tectonic plates is yet to dawn on Indian analysts — although oil trade is of pivotal importance to the US-Indian strategic partnership.

The fact of the matter is that while shale oil had allowed the US to become the world’s largest petroleum producer, averaging nearly 17.9 million barrels per day earlier this year, US total petroleum output could fall by 2-3 million barrels per day by the end of 2020. This was the estimation of US Energy Secretary Dan Brouillette at the G20 Extraordinary Energy Ministers Meeting on April 10.

Brouillette acknowledged that the ‘lethal combination’ of the Covid-19’s devastating impact on world economies and a surge in output from key oil-producing nations has had “an incredibly destructive decline in the oil markets”, and, consequently, the US oil industry has been “gravely impacted”.

Since 2014, Saudi Arabia and Russia have been giving American oil a free ride. But they have now decided to reclaim their lost market share. That is to say, India must realise that the drop in US output will continue for some time. Put differently, the US has no option but to appease, collaborate with and seek favour from Russia and Saudi Arabia.

In this new environment, the US will be forced to reconfigure its aggressive forays into the Indian market by elbowing out the Russians, and accept the new reality of energy interdependence. The US can no longer keep its belligerent ‘winner-takes-all’ mentality in the Indian market. This is one thing.

Equally, if we get to the bottom of the present crisis, we’ll realise that no meaningful price discovery in the oil market is to be expected. The root problem is that the industry built around this commodity has been correlated with the petrodollar system devised by western bankers and there is no regulator globally to control these powerful economic centres.

However, a dramatic shift in the Saudi thinking about energy markets is appearing, led by Crown Prince Mohammed bin Salman, which could potentially undermine the existing order.

“The Kingdom is stepping away from its longstanding role as the market’s swing producer,” as Prof Bernard Haykel at Princeton wrote recently. The accent is now on monetising the large Saudi oil reserves by capturing market share rather than trying to set the price. This thinking is driven by the imperative to extract maximum value from oil to realise the Kingdom’s several long-term development goals in a challenging milieu where climate change is steadily fuelling a global push toward de-carbonisation and renewable energy.

The Saudi strategy aims to optimally exploit the Kingdom’s 50 years’ worth of recoverable reserves before they become a stranded asset. Suffice to say, the old rules no longer apply in the energy market. The Saudi policy shift makes nonsense of the US dream to achieve energy independence through shale. In an all-out war for market share, the US will have a hard time competing with the Gulf, given the latter’s lower costs and other competitive advantages.

Haykel wrote, “Saudi oil has multiple comparative advantages over the competition, and, therefore, is perfectly placed to hold a privileged position in the global clean-energy transition.” India’s energy policies should anticipate the dynamics of global energy markets.