Only govt can foot interest-on-interest bill

The RBI’s counterparts — central banks of developed economies — have been buying up bonds issued by governments, corporates big and small, and even the local govts to make cash available to them to fight the global economic downturn. So, the RBI can do the same here. Many borrowers who have availed of the moratorium will definitely go bankrupt if a big repayment burden hits them. 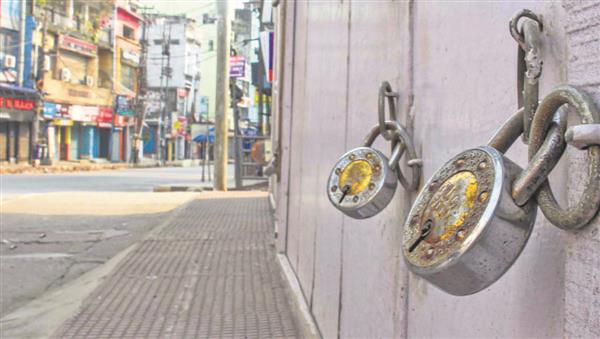 Gone bust: Avoiding the social consequences of extensive bankruptcies is essentially a political decision, as the lockdown was. 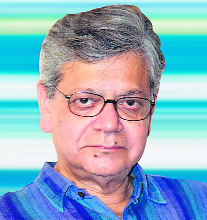 Until lately, the expression ‘interest on interest’ was used to describe how compound interest worked and was limited to the world of middle school arithmetic and investment advisers selling high-return products to prospective investors. But this began to change ever since the coronavirus-induced lockdown brought the economy to a standstill and led the government to declare a moratorium on loan repayments.

The expression became a part of popular discourse once a group of borrowers petitioned the Supreme Court to disallow what amounted to the levying of interest on interest and the court clearly appeared to be sympathetic to their plight. Through successive hearings, the court has been goading the government, banking regulator RBI and the Indian Banks’ Association representing the banks to come up with a solution.

Right now, the court has scheduled a hearing for early next week and has, in effect, extended the moratorium till end-September when the government will be expected to come up with a well-considered position, taking into consideration the interests of all concerned. To finalise its stance, the government has appointed a committee headed by a former CAG to outline a plan and spell out the consequences of waiving of interest and interest on interest on financial stability.

First, what is the issue at stake? The moratorium allowed deferment of repayment of EMIs (equated monthly instalments) which are made up of a principal and interest components. This means when the moratorium is lifted, repayment will have to be resumed, with the EMIs not paid getting added on to the total sum owed. Now there is no dispute over the principal component having to be repaid.

So, the borrower will not only pay regular scheduled interest but also the accrued interest on the interest payments deferred. It is this having to pay ‘interest on interest’ that the borrowers are objecting to and the courts are lending a sympathetic ear to.

In an earlier hearing, the court suggested quite openly to the banks: “Suppose you do not charge interest on interest for three months.” It then referred to the recent history of bad debts that the banks had chalked up through defaulting large borrowers, by adding that contentious interest payments were being levied when “thousands of crores have been defaulted on NPA accounts.”

Then, in a subsequent hearing, the court pointedly asked the government to not hide behind the RBI as its lawyers were trying to argue that it is the RBI which has willed it so, considering the position of the banks which are its direct responsibility. “This is not the time to think about the business of banks only. The government must consider the sufferings of borrowers also.” The government was the original sinner, so to speak, as all this was the result of ‘your lockdown’.

If this situation persists, then the banks will go bust. They are already partly down that road as a result of the burden of the NPAs they have built up.

The foremost task of the RBI as the financial regulator is to look after the health of the financial sector and so, naturally, it cannot let the banks go to the dogs. Then, is it that the RBI has no weapon in its armoury to combat the present situation? Not quite. The RBI’s counterparts — central banks of developed economies — have been buying up bonds issued by governments, corporates big and small and even the local governments to make cash available to them to fight the global economic downturn.

So, the RBI can do the same here. Many borrowers who have availed themselves of the moratorium will definitely go bankrupt if a big repayment burden hits them post moratorium. Avoiding the social consequences of extensive bankruptcies is essentially a political decision, as the lockdown was.

This brings us to the entity which has to be left holding the baby at the end of the day — the government whose job it is to take political decisions. Most importantly, once the government decides to act along these lines, it can access the resources. It can borrow from the RBI. Doing this excessively will send the fiscal deficit for a six and that will prompt the rating agencies to downgrade the Government of India paper to non-investment grade. If this is a setback, then the alternative — an economic collapse — will be worse.

So, the short answer is that the government, through borrowing from the RBI, needs to reimburse banks for their interest loss owing to the courts frowning upon them charging interest on interest.