Onus on India to make strides as G7 partner

Till India reaches a level of development where it can share the costs of international cohabitation with the G7 countries, it will not be able to undertake the responsibilities that an association with G7 may entail. It has to focus on common priorities where the mutual gains in a strategic matrix can be maximised. The effort to expand vaccination for all by investing in production and distribution infrastructure is one area of cooperation. 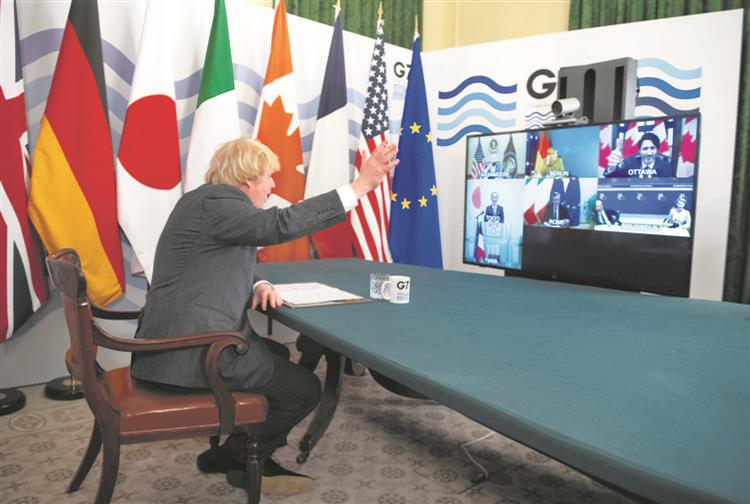 Seat at high table: India’s capacities to deal with the main agenda of G7 are more valuable today. Reuters 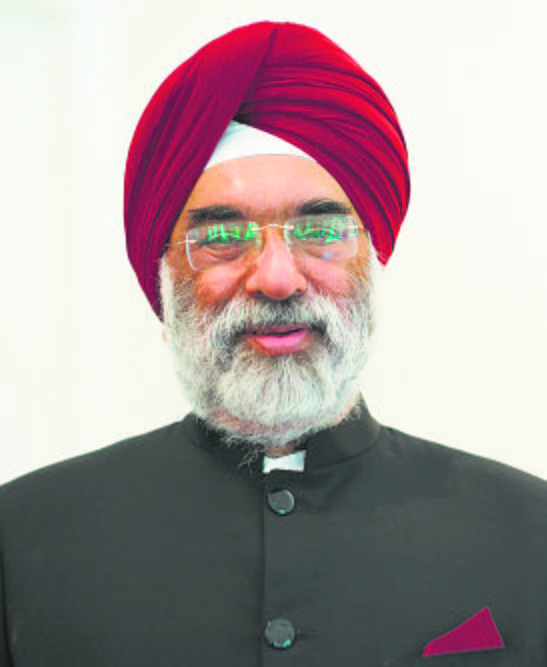 THE three-day G7 summit, which begins in the UK today, will witness the participation of India. The G7 is a group of developed, liberal democracies of Canada, France, Germany, Italy, Japan, the UK and the US. As G8, it included Russia (1998-2014) before it annexed Crimea. The EU is a participant. Besides India, Australia, South Korea and South Africa have been invited to the current summit.

The focus of the G7-2021 is “help the world fight, and then build back better from coronavirus and create a greener, more prosperous future.” Thus, health, climate change and economy will be the focuses of the summit.

India is a regular participant at these meetings since 2003. In some years, many countries were invited, like by Italy in L’Aquila in 2009 when the G8 met 15 invitee countries and 11 international organisations.

What does this really mean for India? For the G7, it is an inflection point, with calm returning to the trans-Atlantic relationship with the election of Joe Biden.

The G7 meeting (after a hiatus of a year since the last meeting could not be held due to the pandemic) indicates that not only is the US back in the mainstream of international relations, but also that the post-Brexit UK is playing a bigger role, and the western industrialised democracies are putting their best foot forward. Together, they intend to face an aggressive China, the impact of the pandemic, the financial crisis and the persistent challenges of climate change.

All these issues are of interest to India. Therefore, the engagement of India with the G7 in 2021 is special.

In the past 25 years, the India-China relationship has never been at such a low point. India’s Act East Policy is more active with the enhancement of the Indo-Pacific concept, and the emergence of Quad. However, India has also embarked on a more determined Act West policy. Though the West includes West Asia and Africa, a greater outreach to Europe and the US has been the hallmark of this new policy. India is continuously expanding its relationship with groupings which do not include China, for instance Quad and the EU. The G7 offers another such opportunity to expand the ring of strategic friendships excluding China.

The US and the UK are building a larger coalition of democracies, including India, Australia and South Korea, sometimes called the D10. If this emerges, it would be a geographical expansion of the G7 ambit, bringing in the Indo-Pacific. This augurs well for the India-G7 engagement.

The G7 are net providers of ODA, FDI, technology and capital to other parts of the world, including India. Although India is also now a provider of development assistance and provides FDI even to G7 countries, its levels of equitable engagement with the G7 countries remain low. Complementarities can be found in technology, resilient supply chains, vaccine production and digital economy.

Each of the G7 countries has a macro-level agreement on these issues. But at a specific level, the Europeans are more accommodating of China and countries like the US, Japan, India and Australia are greater strategic rivals.

India can work with the G7 on getting China to abide by international rules on value chains, the pandemic, strengthening public health infrastructure and a robust international economic order.

While strategically, and in economic development, India can be a valuable partner of the G7, on many other critical issues like trade, sustainability, labour, standards, e-commerce and digital economy, there are limitations because of the natural contradictions which still abide between India as a developing country and the G7. India has taken important steps on climate change, with the International Solar Alliance, and its green commitments to come out of a corner on this, and act positively to secure the support of G7. However, in the WTO, it still finds itself at odds with the G7 countries. The latest issue is the TRIPs waiver initiative for wider vaccine availability.

Till India reaches a level of development where it can share the costs of international cohabitation with the G7 countries, it will not be able to undertake the responsibilities that an association with G7 may entail.

It has to focus on common priorities where the mutual gains in a strategic matrix can be maximised. The effort to expand vaccination for all by investing in production and distribution infrastructure is one such area of cooperation.

Among the proposed G7 decisions, two merit prompt attention. The first is the proposal to have vaccine passports for letting people travel to G7 countries which is opposed by India as discriminatory. India is away from full vaccination even of the categories of people who travel overseas. This may place another barrier, above visa regimes, on the mobility of Indian professionals.

The other proposal is of a global corporate tax scheme, which will be brought to the G20 meeting in July. This has two main elements. One, a tax on multinational corporations (MNCs) in countries of their operation. Second, a minimum tax on MNCs at 15 per cent. For India, this is a significant initiative requiring careful thought.

India, to attract FDI, provides tax incentives to foreign and new investors through competitive corporate tax rates. In September 2019, the base rate was reduced from 30 per cent to 22 per cent. New manufacturing companies were incentivised with a 15 per cent corporate tax. Such incentives would be diminished by a minimum tax scheme because that would equalise the tax everywhere. In 2016, India introduced an equalisation tax levy on digital companies, and in 2018, the concept of a significant economic presence was introduced.

These have similarities with the G7 proposals but their impact needs to be forecast. India would do well to correlate these to the G20 decisions as G20 is more broad-based than G7.

The G7 invitation is a seat at the high table at a critical time for the world. More than ever, India’s potential draws attention. This needs to be realised soon. India’s capacities to deal with the main agenda of G7 are more valuable today. India has to take the steps towards balancing its role as an emerging economy and a strategic partner for G7.