Some of Rahul’s close aides claim that the Gandhi family wishes to take a back seat and let a non-Gandhi head the organisation. This strategy, according to its backers, would save the Gandhis from the constant criticism of controlling the party. If Rahul stands by the parameters that he had articulated at the time of his resignation in 2019, the Congress’ internal contest would not only be democratic, but also full of interest. 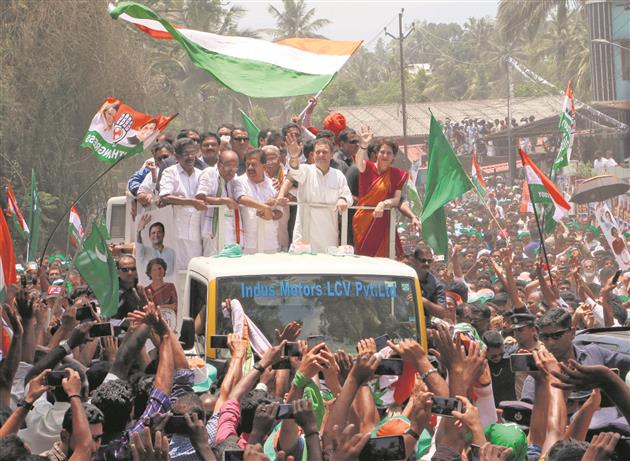 CALL FOR CHANGE: The Congress needs to resolve its leadership crisis. Reuters 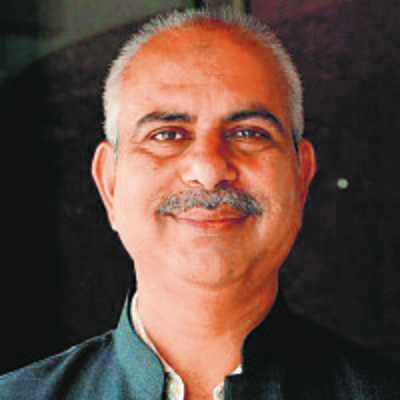 A moment of reckoning has come for Rahul Gandhi. The former AICC chief has to take a call whether he wishes to return as the 87th president of the grand old party or allow a non-Gandhi to head the Congress.

The party’s interim chief, Sonia Gandhi, unwilling to continue particularly after another debacle in the recent Assembly polls in Assam, West Bengal, Kerala, Puducherry and Tamil Nadu, has decided to accept the Madhusudan Devram Mistry report that had been gathering dust since January this year. Mistry heads the Congress panel on internal party elections, known as the Central Election Authority (CEA). Though the Covid-19 crisis has been cited to defer these elections, the Gandhis’ game plan seems to be to buy more time.

The term of the new party chief is currently for just one-and-a-half years’ duration. According to Mistry, who heads the CEA, the new president will be elected by the 1,000-odd AICC delegates and not by the traditional electoral college consisting of PCC delegates (numbering around 13,000), spread all over the country. Article XVIII [h] of the Congress Constitution stipulates the election of a ‘regular president’ by the AICC if the party president resigns. Rahul Gandhi was elected as the 87th president of the AICC in December 2017 for a period of five years. He, however, resigned in May 2019 owning responsibility for the Lok Sabha poll debacle. The term of the ‘regular president’ will be till December 2022 when fresh polls have to be called in which the PCC delegates will get to vote.

A section of the Congress thinks Rahul has been reluctant to don the mantle of leadership. In his scheme of things, neither he, nor a member of his family (read Priyanka Gandhi Vadra) should be in the fray. In fact, Rahul would not even want Sonia or Priyanka to indicate their preference for the new party chief. If Rahul stands by the parameters that he had articulated at the time of his resignation on May 25, 2019, the Congress’ internal contest would not only be democratic, but also full of interest.

The outcome of the recently concluded Assembly polls in Assam, West Bengal, Kerala, Tamil Nadu and Puducherry has been telling. It has come with the writing on the wall that every Congress leader wanted to avoid reading. It told them once again that the grand old party is incapable of winning on its own. The future appears bleak unless the Congress relies more and more on regional parties that are not part of the NDA. In other words, the Congress, rather a large number of Congressmen, is beginning to realise that the grand old party is no longer a national alternative to the BJP.

In a more immediate sense, the 2021 verdict was a bigger setback to Team Rahul which was hoping to officially take control of the party apparatus. The stature of KC Venugopal, the AICC general secretary in charge of the party organisation, has in particular, taken a beating. Traditionally, the AICC general secretary in charge of the organisation is seen as the unofficial number two or three in the hierarchy. KCV, as he is addressed in the party circles, hails from Kerala and is said to be the chief architect of Rahul’s ‘Mission Kerala’. Congress insiders insist that while opinion and exit poll surveys kept predicting an LDF victory in Kerala, Rahul was convinced that the

May 2 verdict would prove them wrong. Apparently, Rahul was constantly flooded with ‘in-house’ reports forecasting a UDF victory in Kerala and the Congress-led ‘Mahajot’ alliance in Assam. Rahul perhaps has reasons to feel dejected as the entire ‘feedback’ system was ‘doctored’ or ‘tailor-made’ to stoke his desire.

Dithering and reluctant post-defeat, Rahul is said to have retreated into a shell. Some of his close aides claim that the trio of Rahul, Sonia and Priyanka wish to take a back seat and let a non-Gandhi head the organisation. This strategy, according to its backers, would save the Gandhis from the constant criticism of controlling the party. The names of Mukul Wasnik, Bhupesh Baghel and Ashok Gehlot are doing the rounds.

Some Congress leaders think Rahul somehow fancies himself in the mould of his grandfather Feroze Gandhi, an able parliamentarian who had created a niche for himself in the Nehruvian era. Among the many qualities that Feroze had, he excelled as democracy’s David. Old-timers recall how Feroze had brought down Prime Minister Nehru’s Finance Minister TT Krishnamachari, much to his chagrin. If Rahul focuses on the parliamentary wing of the Congress, would Priyanka Gandhi attend to the party’s organisational and electoral campaign?

Incidentally, the fall of the Congress has not been sudden. There have been many decisions that systematically damaged the Congress over the decades. Rajiv Gandhi, for instance, after getting 400-plus Lok Sabha seats, had decided that those sitting MLAs would be denied a ticket where the Lok Sabha party candidate secured less votes than the Opposition despite winning. This witch-hunt of sorts had opened the floodgates for every aspiring MLA candidate to sabotage the elections to discredit the sitting MLA.

Sonia Gandhi, who took over as the AICC chief in 1998, took an informal decision not to let a party leader who has lost elections twice, get nominated to the Rajya Sabha. Many Congress leaders of stature and roots missed Upper House berths even as Sonia went on to nominate retired bureaucrats, businessmen and politicians who had crossed over from other parties. Then came Rahul Gandhi’s saga of experimenting with the internal elections for the Indian Youth Congress and the NSUI where money and enmity entered virtually every block unit. It led to a lot of manipulation and acrimony but some utopian elements kept convincing Rahul to continue till he himself realised the futility of it.

By December 2022, several Assembly polls, including in Gujarat and Uttar Pradesh, will be over and the countdown for the 2024 Lok Sabha elections would begin. Rahul would then perhaps be better placed to return as the Congress president.