Xi Jinping has launched a ‘rectification’ campaign to eliminate opposition 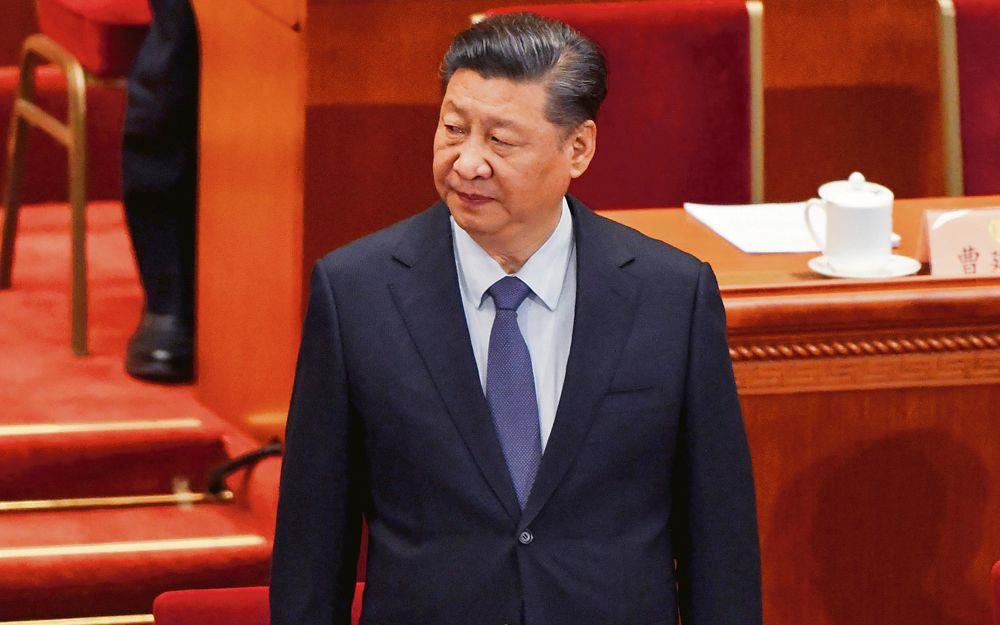 Blind loyalty: The focus of the year-long campaign will be to weed out ‘two-faced’ cadres on charges of violation of party discipline and corruption.

The national security apparatus is the crown jewel of any country. Authoritarian regimes pay particular attention to them as they help preserve the regime and keep the population compliant and in check. China’s communist leaders have, for obvious reasons, been conscious of the importance of the security apparatus, referred to with some trepidation as the ‘knife handle’ by party cadres. This is evident in the high security budgets, which rise each year and a couple of years ago were higher than even China’s national defence budget! This year too, while nearly half of all departments including the ministry of foreign affairs had their budgets cut, the allocation for China’s domestic security apparatus was increased.

President Xi Jinping has undoubtedly been unnerved by the persistent criticism — including by senior communist cadres and ‘princelings’ — aimed at him since late 2017 when he abolished term limits for senior posts, and which intensified with the outbreak of the coronavirus epidemic. Crucial to his efforts to diffuse, if not eliminate, opposition is ensuring the loyalty of China’s ubiquitous public security apparatus that has a presence throughout the country down to each village and urban neighbourhood. After effecting some personnel changes in the Ministry of Public Security (MPS) over the past two years, replacing a total of nine ‘leaders’ and recently establishing a powerful new security body, Xi Jinping has turned his attention to ensuring the loyalty of the apparatus.

This July, he unleashed a severe year-long ‘rectification’ campaign, which will receive impetus from a commentary in the latest issue of the flagship party theoretical fortnightly ‘Qiu Shi’ (seeking truth), which called for ‘protecting’ the Central Committee (CC) which is the ‘core’ of the Chinese Communist Party (CCP), with Xi Jinping at its ‘core’ and ‘protecting’ his position. These are now referred to as the ‘two safeguards’. The campaign’s focus will be on weeding out ‘two-faced’ cadres on charges of violation of party discipline and corruption. It is apparent that the ‘loyalty’ of many in the security setup continues to be doubted.

On July 8, Chen Yixin, a trusted associate of Xi Jinping and secretary general of the Political and Legal Affairs Committee (PLAC), which is at the apex of China’s security apparatus, announced a three-month (July to October) pilot programme prior to a penetrating nationwide education and rectification campaign. The campaign encompasses all security institutions, including supervision commissions, courts, procuratorates, police and prisons. Indicating the intensity of the campaign, Chen Yixin called it ‘a self-revolution with the blade inward and bone scraping to cure poison’. Saying ‘we must drain away the filth and bring in fresh water’, he called for a ‘turbulent and clear-cut Yangqing-style Yan’an Rectification Movement’ to ‘strive to build a political and legal iron army that the party and people can trust, trust, and can rest assured’. He emphasised that the security apparatus is an important force to defend the leadership of the party and the state power of the people’s democratic dictatorship. Acknowledging that efforts had been made each year to eliminate black sheep, he said ‘the situation remains grim’. The ‘knife should be inward, the malignant tumour should be completely cut, the black sheep should be eliminated, and the political and legal teams should be absolutely loyal, absolutely pure, and absolutely reliable’. He gave particular stress on achieving the ‘two safeguards’. The campaign is to commence at the beginning of 2021 and end in the first quarter of 2022.

The following day, China’s MPS convened a meeting to mobilise personnel for the new education and rectification campaign. Speaking at the meeting, state councillor and minister of public security Zhao Kezhi emphasised the need for implementing the ‘spirit’ of Xi Jinping’s guidance and the Central Committee’s instructions on strengthening political ideology. He especially stressed ‘closely centring on loyalty to the party’. He said the ministry’s campaign must focus on leadership at all levels and use ‘the courage of self-revolution and spirit of rectification’ to further solidify loyalty, strengthen party leadership, improve its ‘political ecology' and make its goals for disciplined work style even stricter.

Both the campaigns were publicised by the party’s official mouthpiece People’s Daily, which noted the stress on the ‘two safeguards’. The campaign can be anticipated to be thorough and result in the dismissal and arrests of numerous PLAC cadres. The objective of the campaign will be the identification and weeding out of those suspected of loyalty to other leaders or factions, thus securing for Xi Jinping full control over the law enforcement system.

Xi Jinping’s objectives in launching such a tough campaign at this time when he is under domestic and international pressure would be to staunch criticism of himself and the CCP from appearing in public, as they undermine his authority and the CCP’s legitimacy. It will also be to try to blunt US efforts to undercut the CCP, as indicated by Washington’s proposal to deny visas to CCP members and the possibility of the US using the surge in global anti-China sentiment to destabilise the CCP.