Our journey to nowhere

When I finally made it back to Qila Mihan Singh, terrible news awaited me. My father and our youngest brother had been killed, and my younger brother grievously injured. Mother escaped with only a minor injury. In all, 26 refugees had been killed and 26 seriously injured, but the situation had changed completely since that morning. The villagers who had shot at the refugees were now offering them protection 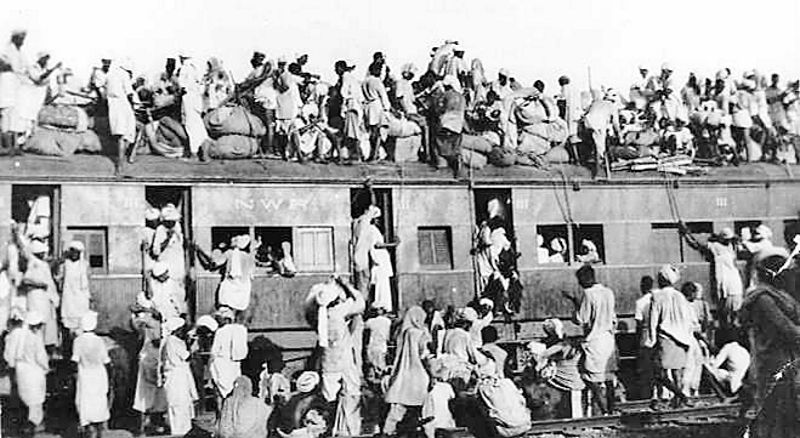 However, as August 14, 1947, approached, tension began to mount and people's worst fears of extreme violence were realised. 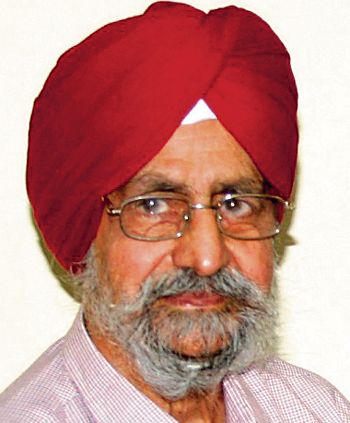 AMONG the millions caught on the wrong side of the divide was my family from the village of Ladhewala Waraich, close to Gujranwala in Punjab. A science student, I was 17 then. Gujranwala stood every chance of inclusion in Pakistan as the area was predominantly Muslim and was also geographically close to Lahore, the heart of newly-born West Punjab. Even after it was confirmed that Gujranwala would become part of Pakistan, the gloomy prospects of having to emigrate seemed remote to most non-Muslims because of the accepted thinking among Hindus and Sikhs that rulers had changed in the past, but not the ruled.

However, as August 14, 1947, approached, tension began to mount and people’s worst fears of extreme violence were realised. There were killings on a large scale in Rawalpindi (now Islamabad). Lahore became a fertile ground for group clashes and individual killings mostly by stabbing. Amritsar, where the rivals were more or less evenly placed, held the unenviable distinction of the maximum of damage to life and property.

Ladhewala Waraich, however, remained peaceful, and good relations across the religious divide were seemingly confirmed when my father, Bhag Singh, though a Sikh, was chosen to unfurl the new Pakistani flag at a village-level ceremony to celebrate the creation of the Muslim state. But the goodwill did not last and just 10 days after Partition, our family and hundreds of other non-Muslim villagers were forced to leave their homes. News of gruesome atrocities committed elsewhere in the region, coupled with half-baked rumours of impending attacks by non-Muslims, led to the demonisation of the minority Hindu and Sikh population — something that I later discovered was happening in reverse on the other side of the border.

On August 23, after mounting tension during which my father had to negotiate with the Muslim villagers to prevent a massacre of Hindus and Sikhs, he was ordered to surrender his licensed firearms — an order that he disobeyed because it would leave him with no means of defending his family. The message was loud and clear: We had no place in Pakistan.

Where to go was the biggest worry. There was a refugee camp in Gujranwala, but it was considered too dangerous to make that short journey. The only other option was the track through the fields; walking trails that would enable us to reach a camp at a gurdwara called ‘Sacha Sauda’, around 20 miles away. Only a few among our co-villagers had traversed through this route.

At dawn of August 25, we started assembling in the village playground, packing whatever we could carry, and depositing the rest of our belongings with trusted Muslims in the hope that we would eventually be able to return home. Many of our neighbours were there to see us off, embracing equals, patting youngers and bowing to the elderly. I can vividly recall one of my friends, a staunch proponent of Pakistan, clutching at the shoulders of my elder brother while loudly wailing in anguish.

Since the crowd consisted of around 300-odd people, including the elderly, infirm, and infants, we were walking at a snail’s pace. Another reason was that all of us were overloaded with whatever possessions we could carry. Some farmers had their own camels, a resourceful few had hired or purchased an odd donkey.

I was carrying my father’s 12-bore single-barrel licensed shotgun, and his revolver was tucked below my shirt in the loose sheet-like dhoti commonly sported by us villagers. The rifle was with my elder brother, an army officer who had served in World War II. Almost every adult was carrying some weapon or another. Among the assortment there were kirpans, spear-like weapons called ballams, and lathis. A few among us were wearing steel armour under the shirts, which had been improvised in the wake of bloody events.

We had hardly walked a couple of miles when we came across some prowlers who started firing with primitive improvised devices to scare us. We could see no purpose in their sporadic forays, which could not actually harm us since we were better armed. A few miles further on, as we approached village Qila Mihan Singh (the first settlement on our journey), we came under heavier and more effective fire from the villagers, splitting the crowd in two and preventing us from moving further. I happened to be in the rear group, along with my two younger brothers, whereas my parents, elder brother, and a few other leading families — along with baggage-laden animals — were further ahead, close to the sugarcane fields near the village. The miscreants who had fired on us earlier, lacking the requisite firepower, dared not assault the forward group. Hence, they started assaulting the softer target. Driven by survival instinct, I managed to escape the loose dragnet and joined the forward group. Once I joined my parents and disclosed to them that the two younger ones may have met their end, my father said none of us was going to survive the day.

Suddenly, the shooting stopped and the attackers offered the refugees a deal. We were asked to hand over our firearms, our only defence. The moment we did that, we were at their mercy, and they proclaimed: “Now is the time to avenge the killings at Amritsar.”

I ran into the adjoining sugarcane field, lying there to escape fire. After a while, I heard some movement. It was my brother, who signalled me to keep mum. We were soon joined by a young Sikh boy who told us that our mother had been assaulted.

My brother and I managed to crawl through the field and escape. When we came out of the thick grown fields, there was no one around. The attackers were perhaps busy looting our baggage left behind. We were moving cautiously towards the next village when a Muslim boy offered shelter, but soon changed his mind. He told us to wait until he came back after locating a safer place. The moment he left, both of us decided to part just because we felt that if separated, one of us may survive. I volunteered to go to the nearby Khabbe Ke village, where I knew a Muslim family. It turned out later that our fears were unfounded. The Muslim boy returned soon and was responsible for saving my brother, besides three other youngsters.

Meanwhile, I had continued with my flight totally alone. I was near Khabbe Ke when I heard a drumbeat, which signalled danger. However, it turned out to be a response to a threat from the other side of the village. The mobilisation proved a boon for me since the villagers had all assembled on the western side of the village whereas I was on the eastern side. I approached an old man standing near the first well, and begged for mercy. He locked me inside the cattle shed.

Later that afternoon, from my hideout, I heard voices discussing the killings that had taken place in Qila Mihan Singh that morning. I recognised one of the voices as the head of the family I had been seeking, and came out of my hiding place. He showered all his affection on me and felt grieved at our tragedy. I came to know that a few Hindu and Sikh families were looking after the injured. I was desperate to rejoin my family but could not gather the courage to proceed alone. I requested my acquaintance to accompany me.

When I finally made it back to Qila Mihan Singh, terrible news awaited me. My father and our youngest brother had been killed, and my younger brother grievously injured. Mother escaped with only a minor injury. In all, 26 refugees had been killed and 26 seriously injured, but the situation had changed completely since that morning. The villagers who had shot at the refugees were now offering them protection. It transpired that the troublemakers had sent a false message to the inhabitants of Qila Mihan Singh that a group of armed Sikhs was about to attack their homes. The villagers had attacked just to save themselves.

We stayed in Qila Mihan Singh for a few days before setting out for a new-destination — the refugee camp in Gujranwala that we had originally rejected. This time, though, we had military transport. Ironically, the camp was located in my alma mater, Khalsa High School, from where I had matriculated in 1945. We — my mother, two brothers and I — crossed over to India in September, first reaching Amritsar and then Jalandhar, and eventually settled in Kapurthala, where I joined college in March 1948.

A few years later, in 1956, I got a chance to visit Pakistan and my village, Ladhewala Waraich. I haven’t gone back since but keep in touch with the villagers there through a Facebook page.

— The writer is a historian