Pakistan at the crossroads

Pakistan’s ties with India have remained strained, leading to the absence of diplomatic dialogue between the nuclear-armed neighbours. After over seven decades of highly militarised efforts towards seeking parity with India, Pakistan lags behind on most parameters of national security. Seventy five years of seeking security have not made Pakistan secure. 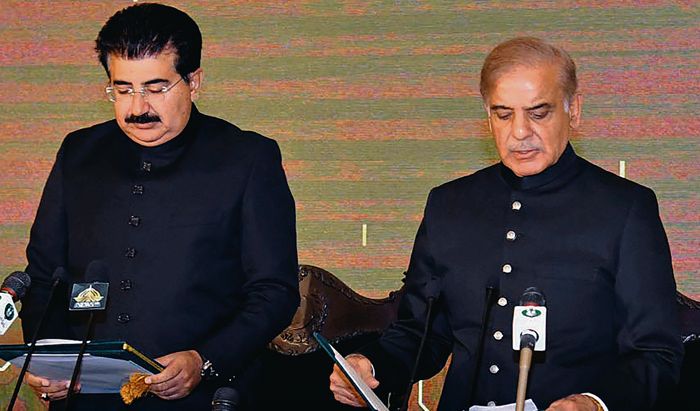 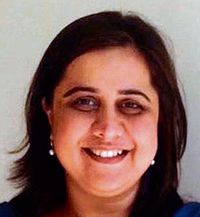 Pakistan today stands politically fragmented, with power contenders trying to swing vote banks through the narratives of corruption and misgovernance, and repeatedly manipulating the Constitution for favourable political outcomes. The economic crisis appears to be intractable with an alarming debt burden and high inflation. Disgruntled insurgent groups and terror outfits inspired by Taliban ideology and emboldened by the victory (in Afghanistan) are intensifying their positions and unswervingly challenging the security apparatus of the state. The all-powerful military, which has persistently taken pride in projecting itself as the ultimate guardian of the state, claims that it stands ‘neutral’ and would refrain from any political interference. The military has often claimed to be a neutral player, but in practice the deep state continues to exercise decisive control over political developments.

On the international level, the new regime under Prime Minister Shehbaz Sharif is trying hard to reset ties with critical powers which suffered a blow during Imran Khan’s tenure due to the latter’s unsubstantiated accusations. The foreign policy reset exercise is important as Pakistan is highly dependent on external assistance to manage its economic crisis and also desperately aspires to exit the Financial Action Task Force (FATF) grey list. Washington’s stance appears to be softened, giving Islamabad a feel-good factor. Shehbaz visited Saudi Arabia as soon as he took charge as Pakistan cannot afford to have the Saudis not holding their hand. Pakistan’s efforts to appease European nations have garnered some success with token financial assistance. Its relationship with China remains strong despite the noise about challenges in the progress of China-Pakistan Economic Corridor projects and the Baloch rebels targeting Chinese workers in Pakistan.

Pakistan goes through a regular and interestingly predictable cycle of political fragility, manipulative tactics by state institutions and unresolvable economic woes which demand a constant drip of foreign assistance. However, some factors have remained unaffected: i) sustained military modernisation (with Chinese assistance); ii) expansion of its nuclear arsenal and its nuclear posturing; iii) anti-India and victimhood narratives to legitimise its patronage to non-state actors, continue high cost military build-up and target India’s rising profile, strategic partnerships and sovereign decision-making.

Pakistan continues to present a complex set of contradictions: it shares an ambiguous relationship with Islam; welcomes western notions of modernity and at the same time, tries to retain its orthodox Islamic identity by upholding the narrative of Islamophobia; has an ambitious military that cautiously guards its strategic and economic interests; struggles to sustain a democratic regime but the democratic leadership, willingly or unwillingly, follows the red lines for their sustenance; and the state consistently claims that it wants peace in the region but compellingly adopts terrorism as a foreign policy tool (against India and Afghanistan). This has never allowed stability in its relations with India.

It is interesting to understand how Pakistan has evolved over the last 75 years and why it perpetually struggles with contradictions and threat perceptions. Pakistan has experienced a deep sense of insecurity due to its small size, geography and (perceived) hegemonic neighbour India. Muhammad Ali Jinnah termed the country’s small size as “moth-eaten”. Pakistan was also uncomfortable with the share of resources it received during the Partition. The two-nation theory evolved from the basic fear that in a democracy dominated by a Hindu majority, the Muslims would not be able to freely exercise their rights and practise the tenets of Islam. The two-nation theory invariably had perilous consequences on the evolution of Pakistan. The theory perpetrated the feeling of a threat to their existence among the masses, consciously and unconsciously aggravated by multiple other forces/factors.

Pakistan does have strengths including — an attractive geo-strategic location, agriculture-rich land, religious and cultural homogeneity and an ideological immediacy with the oil-rich wealthy Muslim countries. Unfortunately, Pakistan failed to focus on building its strengths and the ruling elites opted to seek military alliances with major powers like the US and China; focus on weapon modernisation; build and expand the nuclear arsenal; adopt and intensify the strategy of sub-conventional war for Kashmir and use religion extensively for nation-building, statecraft and strategic security. This allowed the unchallenged growth of the military institution, seen as the sole saviour of the state. The defence spending was kept high depriving the nation of development expenditure. The military expanded itself contributing significantly to the economic weaknesses. The democratic regime remained weak catering to the interests of the deep state.

Pakistan’s focus on military build-up and acquisition of nuclear weapons intensified after it lost East Pakistan in 1971. Bhutto set the priorities of the state and was determined to have the nuclear bomb even if Pakistan had to “eat grass”. Pakistan’s appeal for an ‘Islamic Bomb’ fetched lavish financial assistance from Muslim countries in the 1970s. While Pakistan needed a reliable ally, China, on the other hand, found a cheap and convenient option in Pakistan to balance India. Beijing supported Pakistan uninhibitedly in its military and nuclear ambitions. Pakistan’s alliance with the US in three crucial phases brought in much-desired equipment (including the F-16s), the non-NATO ally status and strategic relevance.

Pakistan saw military modernisation and religious extremism as a potent strategy to counter threat perceptions and failed to invest in human resources, focus on its youth, or overcome its fundamental challenges. A glaring example of the state’s ideologically motivated policy choice is the fact that the state has been willing to negotiate with anti-state terror group Tehrik-i-Taliban Pakistan but a peaceful civil rights movement, the Pashtun Tahafuz Movement, has been responded to with brutal tactics. Pakistan’s relations with India have been strained, leading to the absence of diplomatic dialogue between the nuclear-armed neighbours. After more than seven decades of highly militarised efforts towards seeking parity with India, Pakistan lags behind India on most parameters of national security. Seventy-five years of seeking security have not made Pakistan secure. Will it learn from the past and rethink its strategy?

Flight ET343 was travelling from Khartoum to Addis Ababa on ...