Stuck in Chinese debt, its problems are only growing 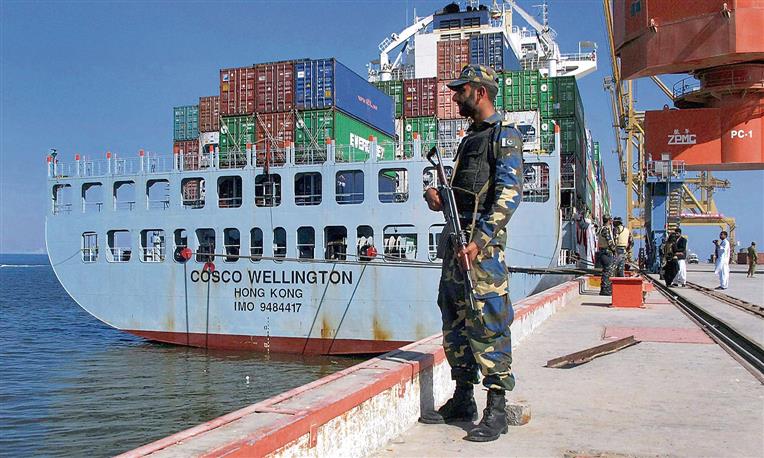 At A Price: The Gwadar port’s utility to Pakistan is questionable, especially given the huge costs of the debts it will have to repay to China. AP 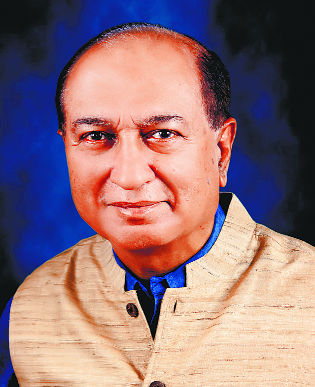 Five decades after its surrender in Dhaka, Pakistan is finding that Bangladesh, which remained poverty-stricken because of its exploitation by West Pakistan, is today a dynamic and growingly prosperous country. Bangladesh, with a population of 160 million, is now competing with the booming economies of its Southeast Asian neighbours. Its economy has grown at 6% annually over the past two decades. Even during the Covid challenge, it is expected to register a growth of 6.8% in 2021 and 7.2% in 2022, by the Asian Development Bank (ADB). Pakistan, on the other hand, is a massive recipient of foreign doles. It averaged a growth rate of around 3.5% in the years preceding the pandemic.

Bangladesh has also been far ahead of Pakistan in human development indicators, like women’s education and literacy. With foreign exchange reserves of $45 billion, Bangladesh has provided $200 million under a currency swap agreement to Sri Lanka. Bangladesh is ahead of Pakistan economically, even as it spared no effort to look after hundreds of thousands of Rohingya refugees from Myanmar.

Pakistan, in contrast, has uneasy relations with virtually all its neighbours, notably India and Afghanistan. Pakistan has also incurred Iranian displeasure over its trans-border support for disgruntled elements from Iran. Pakistan has become a virtual international “basket case”, feverishly looking around for financial “aid” from international institutions like the IMF, World Bank, ADB and its “all-weather friend” China. Gulf countries like Saudi Arabia and the UAE, which have contributed generously to address Pakistan’s economic woes, recently had second thoughts on aiding Pakistan.

Pakistan’s economic woes have grown rapidly in recent years. Its total external debt had risen from $44.35 billion in 2013 to $90.12 billion in April 2021. Interestingly, Pakistan’s debt repayments to China rose from 9.3% in the recent past to 27.4% in 2021. These are official figures, which do not necessarily reflect the real position on Pakistan’s growing debts to China. The real costs will be substantially more when the $65 billion CPEC, linking Gilgit-Baltistan in PoK to the port of Gwadar in Balochistan, fully takes shape. This ‘corridor’ may be of great use to China. Its utility to Pakistan is, however, questionable, especially given the huge costs of the debts that Pakistan will have to repay to China.

Gwadar is now virtually a Chinese port. It is just a question of time before the Chinese take over total control of the port. They even now have a dominant say on who enters and who leaves the port. Gwadar is set to become a major strategic naval base for China. This becomes inevitable as China proceeds to complete its wide range of projects under CPEC, which will ultimately link Gilgit-Baltistan to the Arabian Sea at Gwadar. It is very likely that with Pakistan borrowing more than it can repay, Gwadar will become a replica of the Hambantota port in Sri Lanka that was built with Chinese ‘aid’. Hambantota is now virtually owned by China.

The foundations of the CPEC were laid in 2013, when Chinese premier Li Keqiang visited Pakistan. The project has become more controversial after Lt Gen Asim Saleem Bajwa was appointed its chairman. He and his family reportedly have a colourful record of their assets abroad. Saudi Arabia, which was planning to invest $10 billion in the Gwadar port, has now withdrawn and indicated that the money will be invested in Karachi. Saudi Arabia knows that China is set to invest $25 billion in Riyadh’s main rival/adversary, Iran, located close to Gwadar.

While one would have expected a sense of circumspection in Pakistan’s dealings with the Americans, Imran Khan and his loyalists have gone ballistic in criticising and embarrassing the Biden administration. The Pakistan media has also gone ballistic, declaring that the US had been told ‘firmly’ that Pakistan would not provide any bases on its territory for US drones to be deployed for action in Afghanistan. There have been separate meetings between US Secretary of State Antony Blinken, Secretary of Defence Lloyd Austin, National Security Adviser Jake Sullivan and CIA director William Burns, with their Pakistani counterparts, and the army chief, General Bajwa. Moreover, wide publicity was given to Imran’s decision to refuse a request for a meeting by the visiting CIA director.

The Pakistan army, which has sought to maintain good relations with the US, would be wondering what is going on, as virtually every visiting American invariably pays homage to General Bajwa, who understandably has concerns about instability and turmoil in Afghanistan. Pakistan is going to be fully focused on developments in Afghanistan in the wake of the US withdrawal. The Taliban are determined to rule Afghanistan again. They are not ready to share power. The Taliban will, however, meet growing resistance as they approach Kabul. They will also meet strong resistance in non-Pashtun regions. While Pakistan is backing its protégés, it will have to watch out for trouble in its Pashtun areas bordering Afghanistan. Iran would reluctantly be drawn into the conflict.

India would be well advised to stay at an arm’s length from any direct involvement in the raging civil war, while remaining in touch with its friends in Afghanistan. There can be no meaningful relations with an Imran Khan-led government. We, however, need to keep our “back channel” lines of communication with Pakistan open. India should also ensure that Pakistan is not let off the hook in the Financial Action Task Force, especially given its continuing support for leaders of terrorist groups. Moreover, the architects of the terrorist attacks on our Parliament and Mumbai — Maulana Masood Azhar and Hafiz Mohammed Saeed — have mysteriously disappeared, just before the FATF meeting.