In latest attempt, admits to the presence of 87 terrorists on its soil 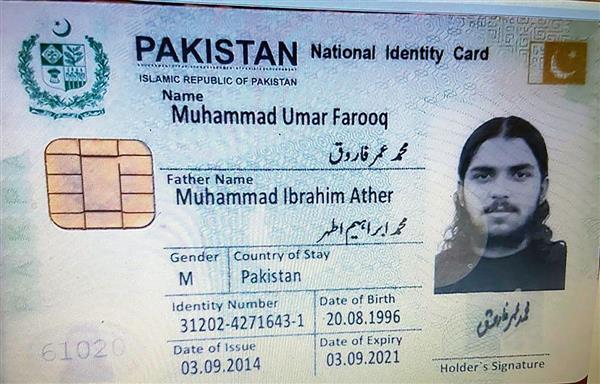 Changing tack: Pakistan would not repeat its usual line that these are ‘non-state actors’ over whom it has no control. Farooq was killed in an encounter in J&K last year. 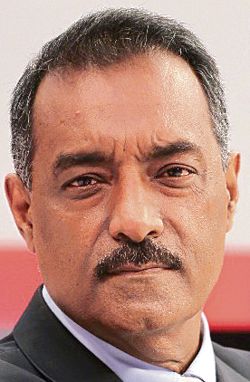 It seems to be a coincidence that news about a 13,800-page chargesheet of India’s National Investigation Agency (NIA), with details of several Pakistan-based terrorists’ involvement in the 2019 Pulwama attack in J&K, makes the front pages of newspapers in the same week as an official Pakistani announcement confirming a list of at least 87 rogues who are in Pakistan (and by inference operate from there). This admission by Islamabad has come to seek another breather from the Paris-based Financial Action Task Force (FATF) as Islamabad tries to wriggle out of a possible blacklisting that would virtually impose financial sanctions on a country tottering on the brink of bankruptcy. But Pakistan is a past master of the smoke-and-mirrors game and would not repeat its usual line that these are ‘non-state actors’ over whom it has no control.

This is precisely the biggest challenge in front of the FATF, on whether to blacklist Pakistan, with China putting much pressure on it. The blacklist makes it very difficult for a country to get international aid and funding that Pakistan desperately needs. And though the list gets updated regularly, its two virtually permanent members are Iran and North Korea. Pakistan thus hopes that with its latest round of promises and notifications, by which it has announced its latest list of ‘terrorists at home in Pakistan’, it could get another brief respite. Thus after years of denial, it appears willing to accept that Dawood Ibrahim — the mastermind of the 1993 bomb blasts in Mumbai — is in Pakistan (though officials denied it a day later), as are the 26/11 attack masterminds, Hafiz Saeed and Zaki-ur-Rehman Lakhvi, and Masood Azhar, the man behind the Pathankot air base attack and now the NIA evidence also clearly links him and his family to the Pulwama attack.

The NIA chargesheet confirms — what India has been asserting for at least 25 years — how deep is the nexus between its military and their ‘mullah-like monsters’, and it should certainly act as further evidence even for the FATF, if we can get it across to it — with records of phone calls and photographs — of how the ISI not only armed and infiltrated terrorists to carry out that audacious attack on a CRPF convoy, but also monitored and funded it. If Pakistan is finally tamed, it would give us some relief, but only temporarily. Pakistan’s tryst with its terror machinery is too well known — and is part of its strategic doctrine — and one which its army won’t easily abandon.

No wonder, it wasn’t Imran Khan, but the Pakistan army chief, General Bajwa, who recently made a visit to Saudi Arabia — its benefactor in the past — for some more funds, fearing that it could be left with no funds to run the country and its pampered military establishment. But he received a double whammy from the Saudi regime. Not only was he denied an audience with Prince Mohammed bin Salman (MBS), the de facto ruler of the country, but also Riyadh demanded that Pakistan should return the $3 billion aid package that it had received earlier, apparently as a penalty for Pakistan’s foreign minister Shah Mahmood Qureshi having expressed dissatisfaction over the Saudi-led OIC not making enough noises for Pakistan’s rant against India following the abrogation of Article 370.

Pakistan’s multiple terrorist outfits are a cheaper military option to help to keep Kashmir on the boil. This gives the crutches to Pakistani politicians to keep their public attention on the Kashmir issue, and bind together a near-failing State with anti-Indianism. They also allow Pakistan to retain de facto control over large parts of Afghanistan, and be the kingmaker and America’s ally in ‘war on terror’. This gave Pakistan at least $33 billion funding apparently to fight terrorism. It’s another matter that Pakistan used these funds to sponsor terror across its borders with India! But now, this funding has stopped and Pakistan is at a loss with what it should do next.

Thus, Pakistan’s last resort is China, as it’s left with few friends in Gulf countries who will bankroll a nation that only promises trouble. China, however, has plans for Pakistan to fulfil its strategic agenda. For one, in its current standoff on the LAC, the use of Pakistan to put military pressure on India from the ‘LoC to the LAC’ as the nation was reminded recently, making India the only country in the world with two nuclear-armed and hostile neighbours. The other is to buy out as much of Pakistan as it is willing to give, for China’s BRI. And finally, to use Pakistan to create a counter-US and a counter-Gulf ‘axis’ with Iran and Turkey. And for that, Pakistan could be willing to pay a price.

The belief among many observers that Pakistan’s use of irregular forces (a euphemism for militants) ‘to bleed India by a thousand cuts’ was the brainchild of Zia-ul-Haq, is wrong. The use of guerrillas against India was actually pioneered by Gen Ayub Khan on the advice of his think-tank, which he was to unsuccessfully use during the initial part of the 1965 Indo-Pak War. However, it was in the late 1980s that General Zia defined the contours of the Pakistani plan (Operation Topac) for the liberation of Kashmir from India. That has become an article of faith for the Pakistanis, though it has failed to deliver. But what it has done for Pakistan is to have left it with a terror machinery that it can neither eliminate — with heavily armed groups operating across the country — nor can its military contest them on the streets.