The bottom line seems to be that the Pakistan army is prodding the government to forget about the Kashmir issue for the moment, to deal with a crisis which is making it difficult for the army to keep itself afloat in unremitting operations along the Line of Control, not to mention the continuous counter-terrorism operations in the tribal areas. 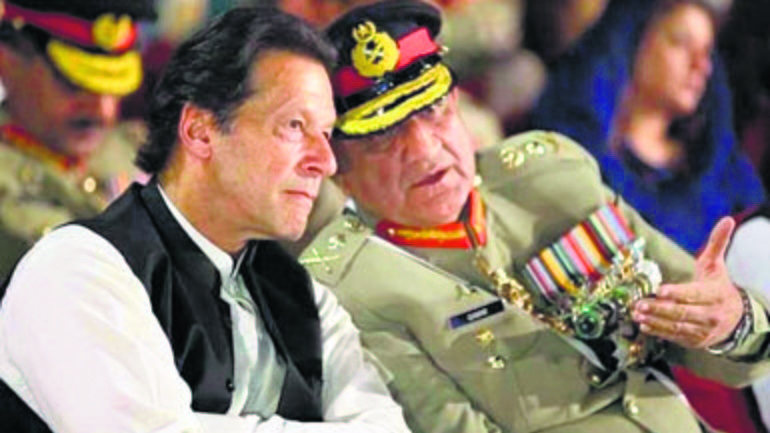 TIGHTROPE WALK: Imran Khan is secure till he retains the backing of the military. 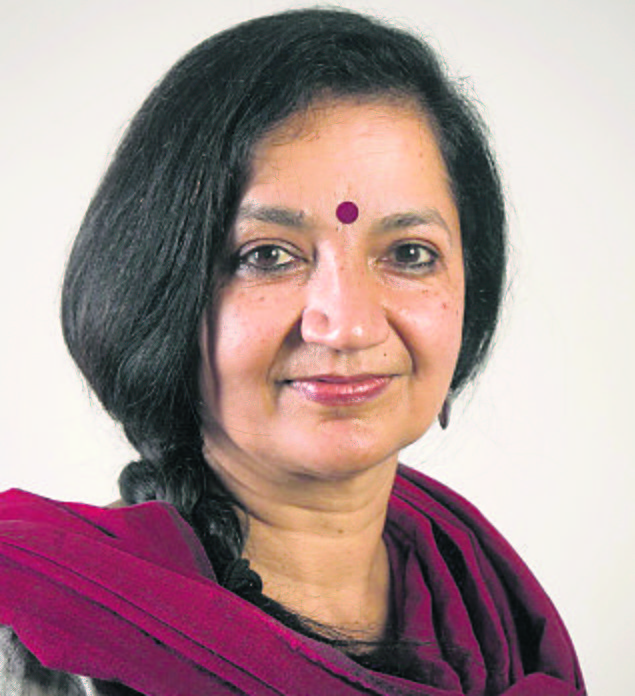 INDIA-PAKISTAN relations resemble nothing more than a game of snakes and ladders, with more snakes than ladders. That tendency was worsened recently by the Imran Khan government taking yet another U-turn on its policies, this time on reopening trade with India, making everyone wonder whether it was even worth trying to get the relations with this troublesome and erratic neighbour on an even keel.

First, the clearance for importing sugar and cotton from India was done by Pakistan’s Economic Coordination Committee headed by Finance Minister Hammad Azhar, who had attended this meeting on his very first day in office. Till then, it was Prime Minister Imran Khan who was holding charge of the Finance Ministry, after the unceremonious exit of his predecessor Hafeez Sheikh after less than two years in office on March 30. But he was luckier. Another Finance Minister — Asad Umar — lost his job in just eight months. Now, there are rumours that another of Imran Khan’s affiliates, Shaukat Tarin, may be considered for the job or to head the Economic Advisory Board. In short, it’s complete chaos.

Whatever the context, the meeting itself seems to have made clear the reason for this decision. Sugar is clearly cheaper in India; and as for textiles, it’s no secret that while production has seen some recovery after the government offered several sops, it’s far from being in even recovery mode. Apart from a poor cotton harvest driving up prices to a 10-year high, industry leaders also observe that the quality of Pakistan cotton is poor, leading to a demand for imported cotton.

Meanwhile, an interesting fact. Pakistan’s order books could benefit due to the strained US-China relations, particularly after the ban on cotton from Xinjiang on grounds of forced labour. There’s money to be made. So, it’s no wonder that textile exporters are upset at the sudden reversal of the government policy. People on the ground are likely to be upset too. After all, it employs about 40 per cent of the workforce, employing relatively unskilled labour as well. It also comprises 60 per cent of the total exports. This deal with India matters to the Pakistani people.

Then came the complete turnaround — so complete as to risk upsetting the applecart altogether. The Cabinet reportedly decided that the decision had been ‘deferred’ until a complete reinstatement of Article 370 in Kashmir.

True, decisions by any ministry have to be endorsed by the Cabinet, and some of them do get rejected. But as Pakistan’s daily Dawn commented, the reversal “is a bizarre development — one that falls squarely under the unfortunate category of the left hand not knowing what the right is doing.”

Obviously, even if the minister was new to the job, the ministry itself doesn’t work on its own, especially on such a sensitive subject as trade with India. Someone okayed the discussion on the proposal, and someone else or the same person got cold feet. It now appears that the item was not even on the agenda of the cabinet. It was ‘raised’ at a meeting on Gilgit-Baltistan, and Imran Khan promptly opposed it and called for a review. This kind of policymaking falls squarely in the category of “cutting off your nose to spite your face.”

Meanwhile, opposition to the idea was expected from the usual quarters. Sections of the Urdu media declared that Pakistan would rather die of starvation than give in on Kashmir. Television anchors debated the ‘wisdom’ of the move, but the overall reaction was speculative rather than negative. Post the turnaround on trade, the general tone has been critical of the government and Imran Khan, in particular, in terms of the recent events. In Kashmir, entirely expectedly, the All-Party Hurriyat Conference and the Jammu and Kashmir Democratic Political Movement issued separate statements welcoming Khan’s refusal on trade.

Finally, there’s one important input. According to veteran journalist Najam Sethi, the Chief of Army Staff, General Bajwa, recently summoned six Cabinet ministers to give them a talking-to on the abysmal performance of the government, particularly on the economic front. It appears that the sacking of Finance Minister Hafeez Shaikh occurred shortly thereafter. The COAS is also credited with the sudden invitation from Saudi Arabia to visit Riyadh, thus possibly ending a chill that led to the stoppage of the badly needed economic aid from that quarter.

The bottom line seems to be that the Pakistan army is prodding the government to forget about the Kashmir issue for the moment, to deal with a crisis which is making it difficult for the army to keep itself afloat in unremitting operations along the Line of Control, not to mention the continuous counter-terrorism operations in the tribal areas.

The World Bank report released recently paints a grim picture of the economy, predicting that growth would slow down further, and that the debt-to-GDP ratio, already at 87.2 per cent, would worsen to 94 per cent. The writing is on the wall. The Army Chief and the Chinese, not to mention the US and Pakistan’s international lenders, see it. The Prime Minister and his warring ministers don’t.

The U-turn, perhaps, may be explained by the party’s recent political embarrassments, including the election of former Prime Minister Yousaf Raza Gilani to the Islamabad Senate general seat, which, in turn, led to Khan seeking a vote of confidence from the House.

While it may be Dutch comfort to point out that the Opposition — the Pakistan Democratic Movement — is embarrassing itself to an almost equal extent, the truth is that Khan remains secure as long as he retains the backing of the military establishment. Now it seems that he’s in danger of losing that as well. Experts talk of his ‘voodoo vision’ of the economy, which has contributed to the free fall of the economy, while the rapid changes in crucial posts have upset the market.

But this is Imran Khan, a Prime Minister, not quite even a first among equals, and who is not quite in his prime in terms of his ability to manage what is admittedly a very difficult situation. That inability is, however, giving everyone else a massive headache. The trouble is that, rather like India, there doesn’t seem to be anyone who is even remotely a viable political alternative.