9 Mahar troops, on their own, washed the interior of a mosque and whitewashed the exterior, in keeping with the Indian Army’s ethos 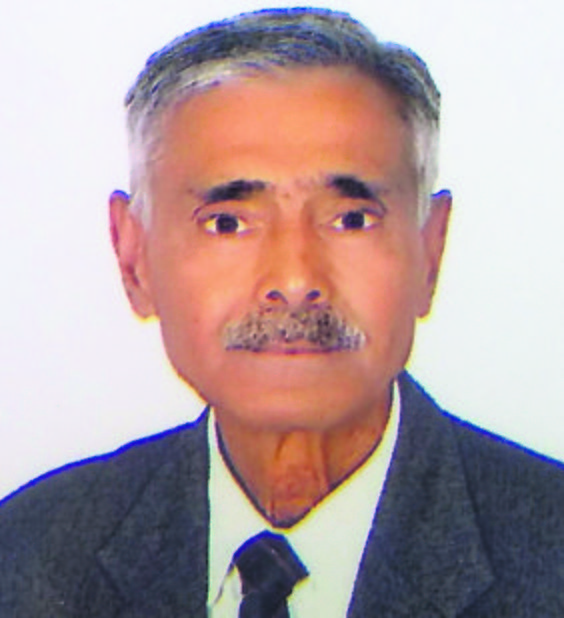 Towards the end of the 1971 India-Pakistan war, as our battalion formed up to march back, a sense of pride filled our hearts. Spring was in the air in the first week of March 1972 when we withdrew our forces from Pakistan after almost three months.

The first week of December 1971 saw us on the outskirts of Shakargarh in Pakistan. For more than 24 hours, we had been without food or water as we closed in on to their defences 20 km in depth. Further attempts to breach the defences did not yield results and after the ceasefire on December 17, we firmed in along the Shakargarh-Nainakot road.

A young Second Lieutenant having ‘celebrated’ my 20th birthday in the trenches, I was fortunate to be in the screen company.

On the outskirts of Shakargarh, next to the tiny deserted village of Badwal, without rations and maps, we found ourselves grounded by fire from the other side of river Bein that prevented our advance. I took a patrol to the adjoining village to get food, and despite being strafed by a couple of low-flying Sabres, we managed to gather enough from the village to fortify our company.

With no further headway, the ceasefire found us in the same position next to this abandoned village. Nestled inside Badwal was a mosque. As the troops started shaking off the war stress, they were instructed to keep the mosque in good repair. Mixed troops in our battalion, 9 Mahar, were a delight to lead in war.

Clearly we were to be firmed in here for a long haul. Construction of bunkers, reorganisation of defences, sprinkled by VIP visits, engaged most of our time.

Over a month later, following the pre-dawn stand-to (alert just before first light), our Company Commander and I settled on our camp stools with a cup of hot tea. That’s when our jaws dropped. Illuminated by the rising sun, we sighted the mosque, resplendent in a new exterior, shining white. Unknown to us, our men had gone into action the previous evening. These enterprising chaps had washed the interior and swept the floor, and even managed to whitewash the mosque’s exterior.

The stout Havildar Gurdial Singh, forever cutting jokes, even while those menacing Sabres circled overhead, had been the working party commander at the mosque the previous night. Duly summoned, he appeared with his men, somewhat apprehensive. When told that it was a job well done, his face lit up and he received a pat on the back with utmost modesty. Other men responded similarly, taking pride in the uniform and in having upheld another man’s religion, even if he was the enemy.

Is there a message here about the universality of human kindness and respect for the other’s God? Sepoy Lal Singh recovered a Koran and brought it to me. A fleeing villager might have dropped it in a moment of panic before we arrived. This Koran I placed with utmost respect in my bunker. Later, I sent it to my mother in Chandigarh, who believes in all gods.

She placed the Koran in her prayer room, along with pictures of Guru Nanak and Christ. Later, she offered it to the Sindgi family, our kindly neighbours, who were overwhelmed on hearing of the safe passage of the holy book.

As the ‘Swarnim Vijay Mashaal’ lit by Prime Minister Modi on the 50th anniversary of the 1971 war circulates all over India, let it carry with it an attendant message of love, peace and understanding among all people for the betterment of humanity. Our men of 9 Mahar exemplified this so beautifully in a remote village inside Pakistan in keeping with the Indian Army’s ethos engrained over a long period.