Peace across Durand Line may well be tenuous

Pakistan must have relished the emergence of Taliban 2.0 and thought its ‘strategic depth’ requirement was materialising. 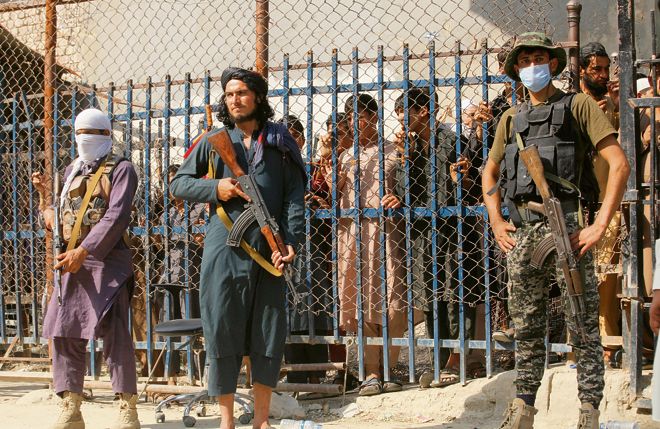 Disquiet: Pakistan now finds itself at the receiving end of cross-border terrorism. AP 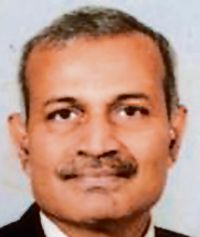 Pakistan has called on Afghanistan’s Taliban regime to act against terrorist elements targeting its military personnel from across the Durand Line in North Waziristan. Seven Pakistani soldiers were killed in an attack last week. The PAF has apparently carried out retaliatory air strikes against the Tehrik-e-Taliban Pakistan (TTP) camps in Afghan territory at Kunar, Paktika, Khost and Bajaur Agency, with around 30 civilians reportedly getting killed.

It is a question of time before even the Taliban would turn into a military entity with its own, albeit limited, forces. So much for Pak aspirations to shift its forces from western border to its eastern one against India. Possibly, fresh leadership struggle in the Pak army and goodwill generated by India’s wheat shipments across the Khyber may have played a role in these forays across the Durand Line.

The United Nations Assistance Mission in Afghanistan (UNAMA) has confirmed civilian casualties, including women and children. The Pakistani authorities have declined to admit that they had employed air power, for the first time, against terror elements. But this long-festering dispute between the two nations is set to accentuate, what with the Afghans having tasted victory against the US and its allies in Kabul and elsewhere and the famed Pashtun sense of nationalism and sovereignty playing up. The Taliban and the TTP cadres are reportedly fighting shoulder to shoulder against the Pak army in Kunar and Khost. A TTP source admitted the use of night vision devices and snipers. The latest border skirmish apparently was triggered by an attack by the Afghans on a Pak military helicopter, causing injury to a senior army officer in Nimroz sector. New Pak PM Shehbaz Sharif has vowed to take action against the TTP after ongoing talks with the government broke down. It is thus interesting how the Pakistanis now find themselves at the receiving end of cross-border terror, a dubious strategy they have employed themselves against India in Jammu and Kashmir. Perhaps our 2019 Balakot riposte showed them the way to deal with terrorist neighbours!

The Durand Line has traditionally been a disputed one, in the context of the struggle for Pashtun homeland, Pakhtunistan, and the incessant plying of opium and other drugs from across. The revenue gleaned from opium trade has over the years been funnelled into terror operations in India by the ISI and influential Pak army functionaries. The fact remains that Afghanistan has never really accepted the 1893 dated border evolved by the British and specifically resisted Pak attempts to fence the border, which assumed traction during the Musharraf rule. The story of the Durand Line mirrors to an extent, similar arbitrary borders drawn on the ground, often midway through villages and tenements as did happen along India’s eastern border with Bangladesh. India and Bangladesh have a tangible inter-government arrangement to obtain effective border management by realigning the various pockets of influence by both nations if need be. But that calls for considerable maturity and understanding by the parties involved, something absent, especially in the ‘Wild West’ of the North West Frontier Province. Also, the employment of Afghan tribals to orchestrate ‘Charlie Wilson’s War’, under the tutelage of the CIA, made the porous border convenient for drug peddling and rampant Kalashnikov culture. That, along with the availability of copious numbers of Toyota Land Cruisers, gave the tribals easy and effective cross-border transportation. Understandably, the Taliban would be loath to give these up, and not to mention the divided families and the cross-cultural aspects of the divided community.

During my Islamabad stint, I was amused to realise how disparate the social fabric of Pakistan was, something as Indians we tend not to realise. On an ISI-guided tour, once I had a Baloch Pak army lieutenant colonel seated next to me in the bus. He asked me how I managed with Hindi as the main language in the country. Whilst my explanation of India’s integrated democratic polity left him amused alright, he went on to say that as a Baloch, he found Urdu unacceptable! Such are the cultural vagaries between the Punjabis and the Sindhis, Balochs and Pashtuns that it would take a yeoman effort to hold the country together. I maintain that India with its even more complex social structure had a real challenge in the opening decades of our independent existence, to prevent break-ups in the country. Recall the anti-Hindi agitation of yesteryear. Thankfully, sound government policies, secular employment criteria in government jobs and quality education helped us evolve into the powerful, secular, sovereign nation we are today. Bollywood’s soft power of course contributed its mite in promoting social harmony and our secular credentials. Pakistan, on the other hand, has had a madrasa-based primary education, a poor collegiate, higher learning curve and has virtually missed the information technology revolution.

Hence, their exaggerated challenges of nation-building and community development! Add to this the accepted policy of using terror as an instrument of state policy and we have an explosive situation just waiting to implode or worse. Now, these are aspects that take years and decades to imbibe and develop, especially the cultural elements. Our worthy neighbour’s jihadi mindset, the Chinese debt trap and Covid-related ignominies have virtually pushed it into the status of a “failed state”. Pakistan must have relished the emergence of Taliban 2.0 and thought that its “strategic depth” requirement is materialising. It is a question of time before even the Taliban would turn into an aviable military entity with its own, albeit limited, air, naval and guerrilla land forces’ wherewithal. So much for Pakistan’s aspirations to shift its forces from the western border to its eastern one against arch-rival India! Possibly, the fresh leadership struggle in the Pak army and the goodwill generated by India’s wheat shipments across the Khyber may have played a role in these latest forays across the Durand Line. These, coupled with conditionally scheming Chinese military and economic aid, are bound to push its polity into an even more impotent military-dependent and failing apology of a guided democracy. Poor national leadership and a corruption-ridden oligarchic political milieu complete the picture. 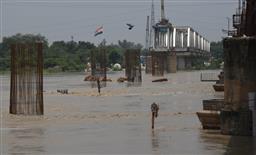