The gap and the mistrust between the govt and the people have to go if conflicts are to be resolved, and for this, the initiative lies with the govt. Good, honest governance cannot be replaced by doles and handouts, which are the new opiates of the masses. The govt and the people should talk without intermediaries at all levels, and in a sustained manner 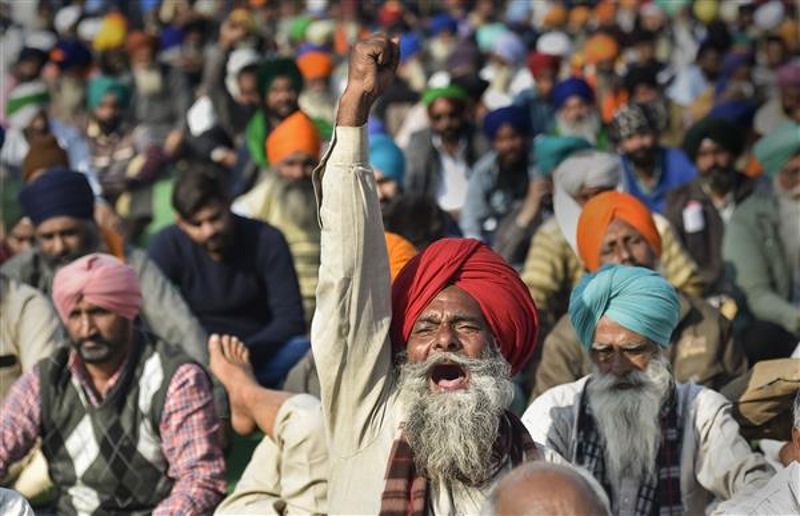 The farmers’ agitation has been suspended for now. The three laws dealing with agriculture reforms were promulgated through an ordinance (as is the custom these days) in the face of opposition from farm unions and farmers. There was no interaction between the government and the farmers, no discussion in Parliament, and no reference to any parliamentary committee. This one-sided action led to an unprecedented agitation lasting over a year and lakhs of farmers from Punjab, Haryana, UP, Rajasthan, etc, participated in this agitation on the borders of Delhi. The agitation met with marked success, as the Government of India conceded most of their demands. All this could have been avoided had there been prior consultation or debate in Parliament.

This one-sided exercise of executive power and the total sidelining of Parliament led to the conflict. It is ironic for a government which has come to power through a democratic process to behave in such a manner. Parliament and debate are the very hallmarks of democracy. Unfortunately, today, the norm is to ignore these processes. The government refuses to engage even on national security matters such as problems posed by China along the LAC, the issues of migrant labour, Covid, etc. Mass non-violent movements were successfully carried out by Mahatma Gandhi in pre-Independent India, by Martin Luther King with the civil rights movement in a racially divided USA of the 1950s. Is the government today suggesting that the only approach left is that of mass agitation and it will only act when threatened at the ballot box?

India is a sub-continent where 1/6th of the global population resides — one would expect differences on various aspects of life to be the norm. However, letting these differences become conflicts, and especially unresolved conflicts leading to armed insurgency, is a result of failure of various governments which have occupied the seats of power at the Centre and in the states. How the current incumbents have accentuated these conflicts is a matter for history to judge. Let us look at some of the major conflicts that have been raging within the country, like the Maoists in Chhattisgarh, Bihar, Jharkhand and parts of Maharashtra for many decades now, with hundreds of lives lost on both sides.

The corporates have wanted a ‘piece of the pie’. A country trying to become a modern economy will need to explore and farm its natural resources. That is not the problem. The problem lies in the inequitable distribution of wealth between the traditional owners and the new parachutists. The World Inequality Report, released recently, showed that nearly 65 per cent of the country’s household wealth is concentrated in 10 per cent of the population. That is where the problem lies — crony capitalism is being encouraged with rogue outfits exploiting resources and people, which is further accentuated in tribal areas. The resulting conflict is allowed to simmer, with a ruling government enjoying a vested interest in the continued armed enforcement of their interests. There is no sustained effort to engage the people in a dialogue to redress grievances. In the absence of this dialogue, the state resorts to special powers and laws and large-scale deployment of CAPF (Central armed police forces) and unskilled state police forces. This leads to unending conflicts and the suppression of the local population. Due to this failure of the state, some sections of the population have resorted to violent confrontation. However, this approach has not succeeded and has led to major collateral damage in the form of loss of life and livelihood. The only viable option left for the people, it seems, is to launch peaceful agitations and sustain them through their own local leadership. Ironically, this was the path that led to our Independence from the British. A mass movement with its resulting fear of losing at the ballot box seems to be the only viable path left.

Let us come to the North-East, an area disturbed for decades. In this case, it is the Government of India which has been governing through remote control for most of the time, with no better results. For long, the bureaucrats sitting in Delhi handled things and that also mostly at the joint secretary level. For many years, even the Chief Ministers could only meet the joint secretary and nobody higher. It was a humiliating experience for them and their people. AFSPA has been promulgated in most of these areas with no positive result except harassment of the average citizen. AFSPA (Armed Forces Special Powers Act) has been in place in many states for decades now. It only implies a failed state, not a special situation, as we would be made to believe. The administration is corrupt and ineffective and the politician is complicit. The borders are porous and small arms, ammunition and drugs are transported through free movement of militants.

Special development funds and special departments have failed to redress the grievances of these people because of large-scale corruption. Funds and recruitment to various departments are distributed amongst the government functionaries and the underground; in fact, in places like Nagaland and Manipur, the underground gets a large share of the funds in a regular manner and also collects taxes from transporters, businessmen and shopkeepers. They hold the state and the people captive by enforcing large-scale bandhs. In Nagaland, the underground has virtually ruled the state after the ceasefire. Interlocutors have been there for almost two decades, with no visible results. Solutions are always said to be round the corner, but the corner keeps on shifting. There should be a dialogue directly between the government and the people, minus the vested interests. The civil rights movements in Nagaland and Manipur are strong and capable of carrying out a dialogue. In its absence, they are likely to resort to peaceful mass movements. The gap and the mistrust between the government and the people have to go if conflicts are to be resolved and for this, the initiative lies with the government. Good, honest governance cannot be replaced by doles and handouts, the new opiates of the masses.

The problem gets compounded by the continued failure of our criminal justice system, which the politician continues to manipulate through compliant officers and members of the judicial system. The upshot is that special emergency powers are drawn upon by these governments and large-scale deployment of PMFs and Army is called upon. The Army is a broad sword designed to defend the country against foreign enemies, which is a critically important role given the situation on both the LAC with China and LoC with Pakistan. Similarly, the PMFs by their very definition (para military forces) are meant to be used in extreme situations of violence and trouble, not in everyday situations of law and order. By all means, use them against terrorists, radicals and organisations bent upon destabilising the country, but certainly not as a go-to daily solution.

On the other hand, Andhra Pradesh has successfully countered insurgency, and importantly, it was done by the local police, meticulously trained policemen led by committed leaders who put an end to the insurgency without involving the armed forces. In between, back-channel talks were also held and that also contributed to the resolution of the conflict. Governments of different hues came and went, but the policy remained the same. Today, Andhra is free of radical Maoist conflict and its sons and daughters are holding leadership positions not only within the state, but abroad as well. The common people, wherever they are, want peace, education, health and a good standard of living through adequate employment — not just doles and handouts.

J&K is a different ballgame because of Pakistan’s interference in the form of infiltration of foreign agents, arms and drugs. The terrain is such that this cannot be totally blocked and it has to be admitted that there is some form of limited support by locals. Here also, mainstream parties and state administrators have not been of great help. There is massive leakage of funds at various levels and the administration is not proactive and empathetic. A government-to-people dialogue is essential. Simultaneously, people should be actively involved in developmental work. A running dialogue between people’s representatives and local administrators at the ground level is also necessary. Stringent laws like AFSPA alone cannot deliver results, or resolve conflicts. The absence of dialogue is today showing in the increased participation of local boys in militancy, especially in Srinagar city.

Briefly, the government and the people should talk without intermediaries at all levels from the village to the top, and in a sustained manner. There should be greater involvement of the state police and less resorting to intervention of the armed forces. In the face of the developing situation at the LAC, the armed forces should be left free to do the primary duty of guarding borders. If an emergent situation arises within the country, they can always be called in. Our Army is a highly trained, disciplined and motivated force and should be brought in as a weapon of last resort. It should not be deployed for long periods in civil areas and to sort out civil strife.

One last word for the friends in the media — TV, print and social. For a change, most of you should come out of your ivory towers and visit places and meet people whom you write about, and about whom you pontificate on your channels. If you do your duty in an honest, dignified manner, problems will be resolved in a much shorter time, and more amicably. Try to look at things from the point of view of the common people involved and help in mitigating problems and not exacerbating them.