Chhattisgarh is a standout example that used a combination of higher salaries, postgraduate study benefits and improved living & practice conditions for doctors, coupled with a higher penalty. Evidence shows that it paid off for the state, not just in terms of filling vacancies, but also in increasing healthcare utilisation. Absenteeism in rural areas is an even more crucial problem that requires to be tackled in a similar spirit. 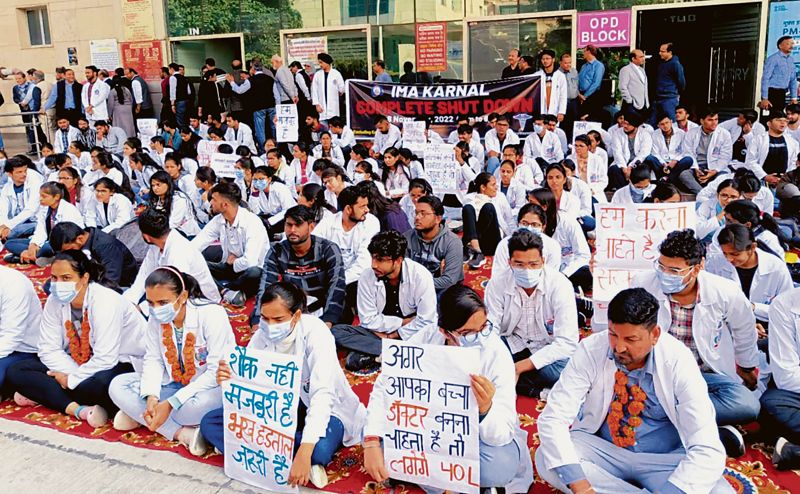 UNFAIR: Haryana’s bond policy for MBBS students seems to be directed more at indemnifying the state and its cost recovery rather than incentivising public service. Tribune photo 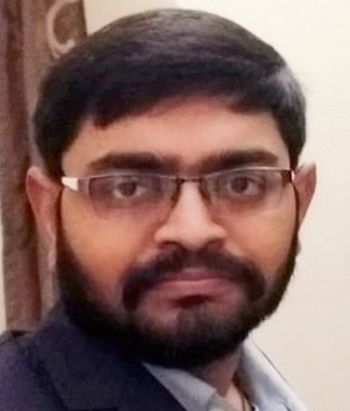 THE Haryana Government’s new bond policy for MBBS students, promulgated in early November, has caused a commotion. Originally, it posited a bond amount of Rs 40 lakh, constituted in a tripartite arrangement involving the state, the student and the bank, and a compulsory government service period of seven years after graduation.

On November 30, following protests, the state made some revisions, bringing down the amount and service period to Rs 30 lakh and five years, respectively, while factoring in postgraduate residency within the service period and offering a contractual job guarantee within a year of graduation.

Alongside, the Union Government is reportedly contemplating to scrap bonded service policies altogether, following the recommendations of the National Medical Commission. While confusion and controversy prevail, there is a case for revisiting its underpinnings so as to be able to conceive an effective policy approach towards compulsory service stints.

Compulsory service stints have long existed on the global picture, with the first known programme originating as early as in the early 20th century. Their putative aim is to incentivise students who have availed the government-subsidised medical education to serve for a pre-defined period in the public sector, mainly in rural areas, in an act of ‘giving back to society’. They come in varied shapes and configurations — ranging from service in return for scholarships as in Nepal and Indonesia to rural recruitment, training and placement as in Thailand. What needs to be remembered, however, is that compulsory rural service comprises an act of giving back to society, not necessarily to the government.

On the contrary, Haryana’s policy, involving banks and having an untenably long service period, seems to be directed more at indemnifying the state and its cost recovery rather than incentivising public service. This is further exemplified by two other factors: first, the number of applicants has exceeded the announced vacancies in the recent past and the second, the recent Rural Health Statistics (RHS), 2020-21, shows a surplus of rural primary health centre doctors in the state against their requirement. This contradicts the spirit of such measures because irrespective of compulsory public service clause, the state is obliged to invest in medical education given its public good characteristics, and the fact that doctors continue giving back to society even while in the private sector or abroad.

Besides, such measures conflict with and can negate the positive effects of many recent initiatives taken towards increasing the strength of doctors. Over the last decade, the country has witnessed considerable growth in the number of private and government medical seats and ambitious private-public partnerships in medical education. Further, vernacularisation of medical education to increase its access to marginalised sections has been prominent on our agenda. By dissuading students from pursuing medicine, more so from poorer sections, such policies stand to pose a tall entry barrier in medical education and deliver detrimental results.

Should compulsory rural service be scrapped altogether? The fact that there is a strong moral and social case for students to serve back their subsidies militates against this. Reports such as the RHS can underplay the human resource situation in rural areas, and in a situation of known scarcity of doctors, even a possibly small contribution made by bonded-service candidates can make a significant difference.

The thinking around scrapping bond policies rests on the premise that such policies are largely outdated and that significant medical educational reforms have taken place since their introduction. This is anything but true. Most of the primeval characteristics of Indian medical education such as training concentrated in tertiary-care hospitals, lack of a strong community-care emphasis, and a predilection for specialisation and sub-specialisation haven’t undergone a significant change over the years. Rather, evidence indicates that medical educational costs have increased sharply over the past decade. This, coupled with the advent of public-private partnerships, could stand to exacerbate the tendencies of graduates to sub-specialise and practise resource-intensively in the private sector.

The need of the hour is evidence-based, well-balanced interventions to attract recent graduates into rural areas that are sensitive both to societies’ and students’ needs and aspirations. On the societal side, it is necessary to ensure that such interventions are cost-effective and don’t overly burden the exchequer, since the very motive of these interventions is to recover public investments made in medical education. The answer to this lies in distinguishing between rural recruitment and retention. While the latter is the desirable end goal, addressing rural-doctor retention over long periods will be cost-intensive, since the rural-urban dichotomy is primarily a development problem. Rather, making periodic, short-term recruitments attractive is easier to tackle and would require fewer tweaks in existing policies. While this will come with a high but predictable attrition, this is an inevitable trade-off.

On the students’ side, the ideal mix should consist of a combination of strategic interventions, incentives and disincentives in a rough 50:40:10 ratio. Towards this, inspiration can be drawn from many global and national precedents. For instance, evidence supports the role of rural reservations, rural-based training and improvement in practice conditions, as exemplified by countries such as Thailand.

Chhattisgarh is a standout example that used a combination of higher salaries, postgraduate study benefits, and improved living and practice conditions for doctors, coupled with a higher penalty. Evidence shows that it paid off well for the state, not just in terms of filling vacancies, but also in increasing healthcare utilisation. Absenteeism in rural areas is an even more crucial problem that requires to be tackled in a similar spirit.

Governments shouldn’t be tempted by harsh regulatory instruments simply because they entail fewer direct costs. Neither should potentially advantageous avenues such as compulsory rural service be repudiated outright. Instead, the way forward lies in finding a favourable ‘middle path’ that creates a win-win situation for society without alienating its doctors.