Plenty of ammo, yet Opposition in disarray

A united front against Modi is unlikely. There are far too many contradictions within the Opposition ranks. The Bahujan Samaj Party and Samajwadi Party are wary of the Congress. After the appointment of a known Mamata Banerjee critic, Adhir Ranjan Chowdhury, as the Bengal Congress unit head, prospects of any functional ties between Trinamool Congress and the Congress have receded. 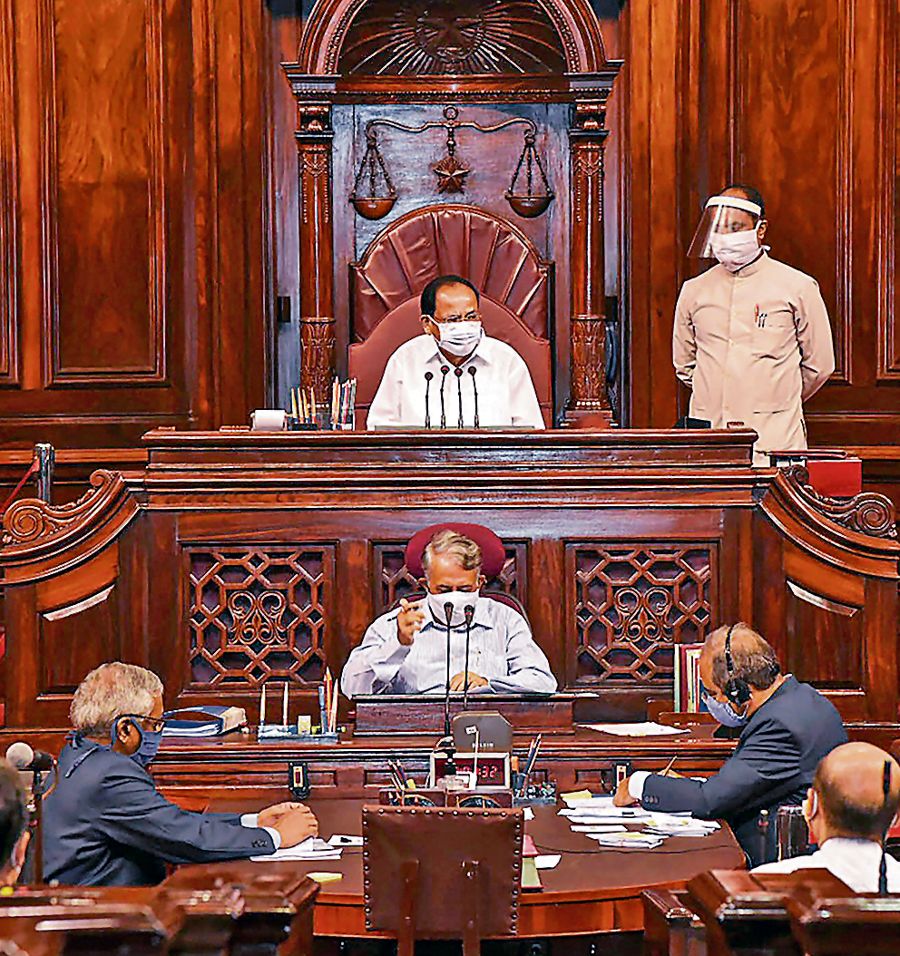 As the cliché goes, the Parliament session beginning today is going to be a stormy affair. However, it may not be heady purely in terms of the Narendra Modi government’s no-holds-barred clash with the Opposition but more so for disquiet within the latter’s ranks.

The Monsoon Session has come a bit late, with unprecedented seating arrangements and curtailed functions. If MPs are spread across various galleries due to the Covid-19 protocol that necessitates social distancing, how would agitated parliamentarians gather in the Well of the House? Lok Sabha Speaker Om Birla has already stated that 257 members will be seated in the Lok Sabha hall, 172 in the Lok Sabha gallery, 60 in the Rajya Sabha and 51 in the Rajya Sabha gallery. All MPs have been mandated to wear masks throughout the parliamentary proceedings. On March 22-23, when Trinamool Congress MP Derek O’Brien and a few others had entered wearing masks, the Chairperson had directed them to remove the same.

There are many in the Opposition ranks who feel the Modi government was reluctant to convene the session. They cite International Parliamentary Union data, which shows that 105 Parliaments across the globe have continued to meet right through the Covid-19 pandemic. Though Question Hour has been curtailed, few have bothered to look around. In the British Parliament, for instance, Prime Minister Boris Johnson continued to face the weekly PM’s Question Hour even though he himself was a Covid-19 survivor.

On the face of it, India-China relations, Modi’s handling of the Covid-19 pandemic amid the ever-increasing number of cases, the adverse impact of the lockdown on the economy, the creation of PM CARES Fund, and alleged Facebook-BJP proximity should provide more than enough ammunition to the Opposition.

But a united front against Modi is unlikely. There are far too many contradictions within the Opposition ranks. Take Uttar Pradesh parties, for instance; both the Bahujan Samaj Party and the Samajwadi Party are wary of the Congress. After the appointment of a known Mamata Banerjee critic, Adhir Ranjan Chowdhury, as the Bengal Congress unit head, prospects of any functional ties between the Trinamool Congress and the Congress have receded.

In the Rajya Sabha, Leader of the Opposition Ghulam Nabi Azad used to conduct floor coordination with 12 parties. However, Azad’s stature within the Congress seems to have diminished due to his active role in writing a letter to Sonia Gandhi, questioning her style of functioning. In the AICC rejig, Sonia quickly dropped Azad as AICC general secretary. His term in the Rajya Sabha ends in February 2021. There are indications that the Congress would not be renominating him to the Upper House.

In Chowdhury’s elevation, a window of opportunity exists for the Congress, though it is a bit early to speculate upon it. If Sonia insists on an old but informal practice of ‘one man, one post’, Chowdhury can be relieved of his additional parliamentary responsibility. Sonia, who is also the chairperson of the Congress Party in Parliament (CPP), has a chance to dangle a carrot to aspirants such as Shashi Tharoor, Manish Tewari (both dissenters) and K Suresh who, like Tharoor, hails from Kerala, where the Assembly polls are due in May 2021. Both Tharoor and Suresh have been arch-rivals in their home state.

Suresh is currently the chief whip of the party in the Lok Sabha and enjoys seniority over Tharoor, Tewari and Chowdhury. In 2019, the CPP office had reportedly typed out a letter naming Suresh as its leader for the Lok Sabha. But before Sonia could sign on it, some behind-the-scenes manoeuvre saw Chowdhury emerging as a dark horse.

The ruling NDA has renominated Janata Dal (United) MP Harivansh for the Rajya Sabha deputy chairperson’s post. However, a symbolic contest is on between Harivansh and RJD MP Manoj Jha. The BJP and its allies have a clear edge but leaving nothing to chance, the NDA coalition has issued a whip to its Rajya Sabha MPs to be present on the first day of the session when election to the post of deputy chairman is scheduled.

Jha would need 123 votes in the 245-member Rajya Sabha, while a coalition of 12 parties supporting him merely has 91 members. Even if the BSP and AAP support him, the Opposition tally would still be short of 28 votes.

There is a demand that the Lok Sabha should also elect a Deputy Speaker. The post has been lying vacant since the 2019 General Election. There has been a convention in the past that the post of the Deputy Speaker can be offered to the Opposition, but the Modi government is unwilling to oblige even the AIADMK, which has been siding with the government on many issues.

On the legislative front, the Modi government is eager to push through 11 Bills which were earlier introduced as ordinances. A Congress panel consisting of P Chidambaram, Digvijaya Singh, Jairam Ramesh, Dr Amar Singh and Gaurav Gogoi has identified four Bills that it will be opposing, including those related to agri-marketing practices and essential commodities, besides the Banking Regulation (Amendment) Bill.