Police failed us again, and nothing much will change

No party wants to give up its hold on the police. If police reforms are to be meaningful, these must start from the bottom. We need an honest and efficient force. Ending politicisation can come later 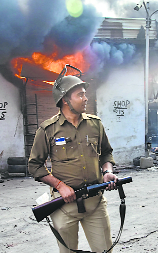 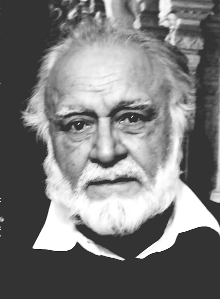 In my last column, I had written on our judicial system and how “broken” it was, according to a distinguished retired judge of the Supreme Court, Justice Srikrishna. The rule of law, the very essence of democracy, can only prevail if there is fair and speedy justice. However, there is another arm of the law that is just as important as the judiciary — the police. During the recent Delhi riots, the focus has been on them. And they clearly failed us. Indeed, that failure has been compared to the 1984 anti-Sikh riots, following Indira Gandhi’s assassination. Then, they stood by as mute spectators and sometimes even abetted the rioters. That has happened again this time, though the riots were not on such a large scale as in 1984, or in Gujarat in 2002, for that matter.

Nevertheless, hard questions need to be asked. It is widely perceived that the police at the lower level are mostly corrupt, brutal and inefficient, while their seniors — those selected through a competitive exam — are largely honest, honourable and efficient. There are many examples of such officers, perhaps the most famous being the one who graces this page, with a weekly column: the legendary Julio Ribeiro.

I got to know him quite well when he was the police commissioner of Bombay, as it was then called. I moved to Chandigarh just after Operation Bluestar. To my delight, Punjab Chief Minister Surjit Singh Barnala, an underrated politician, persuaded him to come to Punjab to take on the terrorists. He did an outstanding job. Two attempts were made on his life, one in Punjab and the other when he was posted abroad as an ambassador. What is not so well known is that after Indira Gandhi’s assassination, realising that there may be trouble, he rounded up many ‘goondas’ and anti-social elements and confined them temporarily to jail. No Sikhs were killed in Bombay, and little trouble took place, whereas Delhi burnt and close to 3,000 Sikhs died. The Sikh community has much to thank him for.

What was his take on the recent Delhi riots? “The police is supposed to implement the law, but they are only able to implement what the political party in power wants,” he told a newspaper. “If tomorrow another party comes to power, the same story will be repeated all over again.” Perhaps the most shocking instance was the entry of the police into the Jamia Millia Islamia library. A video that went viral showed policemen mercilessly showering baton blows on students studying there. One of those policemen went on to try and destroy the CCTV camera that was recording the event. The veracity of that video has not been questioned. Why has no action been taken against the policemen responsible?

The biggest hurdle against police reforms is the politicisation of the police force, not just in Delhi but all over the country. Every political party is to blame for this, not just the Congress and the BJP. No party wants to give up its hold on the police. The power to transfer is often misused in order to keep a tight control over the force. Not only Ribeiro, but other senior police officers (Ved Marwah, former Delhi police commissioner, comes to mind) too have highlighted this failing, but to no effect. Several activists have been arrested in what is called the Elgar Parishad case. They are accused of sedition, of being “urban Naxals”. The arrests were made under the BJP government in Maharashtra. A new government is now in power in the state. It will be interesting to know if the activists are found guilty or not. If innocent, what about the police officers who arrested them?

However, it is not at the higher levels that the Indian public interacts with the police. They do so at the junior, lower level. Several years ago, my maid’s daughter married a young policeman. How did you get into the police force, I once asked him. His candid reply was that he had to pay a certain sum of money, after he had passed his physical test. The amount, which was beyond his means, he had to raise by borrowing it. And, needless to say, the only way he could pay it back was by taking bribes. His was not an isolated case. It is virtually the only way to become a policeman. If he wanted a transfer, again money to be paid, depending on how lucrative that location was. When I asked a senior police officer if that was the “system” of recruitment and transfers, he sheepishly admitted that was the reality. If police reforms are to be meaningful, these must start from the bottom. We need an honest and efficient force. Ending its politicisation can come later.