Political economy for the rich 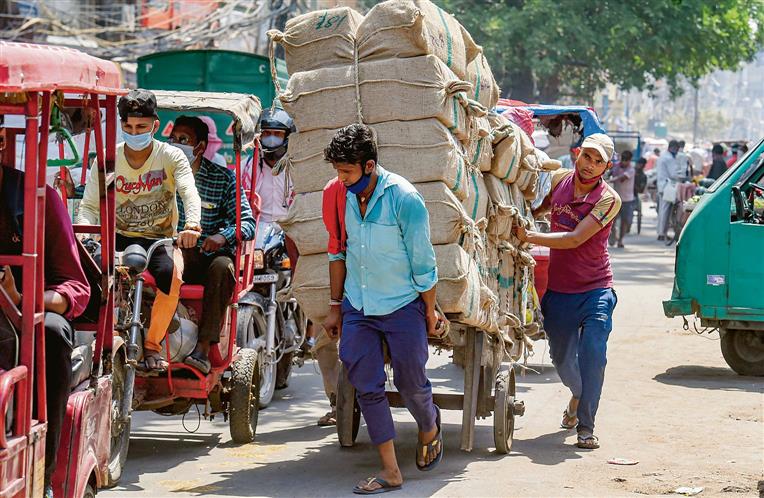 lopsided: Every government has talked of growth, rather than equity or inclusive development. PTI 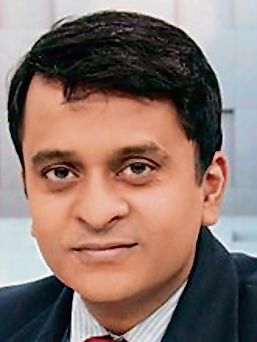 For three decades now, public opinion has been systematically massaged in favour of private enterprise and the free market. Today, almost all of us believe that the profit motive is not only good for businesses, but also for society as a whole. We have been nudged by mainstream media, economists and various other experts and our netas, that the market rewards talent, merit and hard-work, and punishes sloth and inefficiency. Ironically, this moral philosophical attitude has ended up fostering policies that inevitably favour the rich.

In the neoliberal fantasy world, markets are a level playing field, where citizens confront each other as equal economic agents. They not only exchange goods and services, but also compete with each other to provide them at the lowest cost. Those who use their resources efficiently become successful entrepreneurs, while others become their employees. Apparently, by some magical clockwork or through sheer providence, this system is supposed to benefit everyone, whether they are owners of capital or workers.

In reality, free markets are always skewed in favour of owners of capital. Those with money will always outcompete others by offering high salaries to the best talents, accessing the latest technologies and selling goods at lower than the cost of production. Corporates with deep pockets can sustain losses for a long time. On the other hand, a first-generation entrepreneur who borrows money to start a business cannot survive for long without making profits. This leads to amalgamations in every industry, leading to monopolies.

Neoliberal economists argue that monopolies do not cause economy inequality, because such behemoths are invariably publicly held. In effect, therefore, everyone who owns shares of these companies is an owner. In reality, small shareholders have no say in how a company functions. It is the big shareholders who decide the company’s investment strategies and who is to be remunerated and how.

It is in the interest of big capital to ensure that this system not only functions, but also gets reproduced over time. The first is to ensure that all laws relating to the economy are oriented towards allowing the unfettered operation of monopoly capital. Big corporates know that democratic states will have to curtail the formation of powerful monopolies, but they also know that state institutions charged with implementing fair market practices work more in omission.

The second thing that big capital must do is to ensure that government policies help them. Again, governments cannot appear to be favouring large business houses, so all economic policies need to be dressed up as ‘reforms’. Whenever governments proclaim that they are withdrawing from the economy, they are actually creating a policy environment that favours big business.

It is, therefore, essential that these policies be sold to the public as beneficial to society. It has to be embedded in an overall discourse of economic growth. This is what we have seen taking place since the early 1990s. Every government has talked of growth, or vikas, rather than equity or inclusive development. And the various pink-paper pundits, opinion builders, columnists and editors have pushed forward this ‘reformist’ agenda.

Public opinion has taken such a rigid pro-market shape now that even governments and politicians cannot go against it. Even if a government wants to curtail private profit, it will have to withdraw, because our captains of industry have become our natural heroes. That is why, laws that curtail the rights of workers are lauded by the media, as are policies that reduce regulatory oversight over India Inc. If the government acts against any business house, editorials are written opposing these moves. On the other hand, if the government cuts corporate tax it gets immediate media support.

This is why India Inc can get away by paying low taxes at a time when they are making record profits. Over the past 10 years, the contribution of corporate tax to the total tax receipts of the Centre has dropped from 36 per cent to just 23 per cent. On the other side, the share of indirect taxes has risen from 45 per cent to 53 per cent. This goes against every theory of equitable taxation. Higher direct taxes, especially corporate taxes, is considered to be progressive because it puts the burden of taxation on those who can afford it. Indirect taxes – GST, sales tax, VAT, customs, excise – affect everyone, whether rich or poor. The higher the contribution of indirect taxes in an economy, the more inequitable it is considered to be.

Low returns from bank deposits, which are also taxed, encourages money to flow into the markets. Our policy makers tell us that this ensures that household savings go directly into the productive process, without the need for mediation by banks. It supposedly also widens the ownership base of private companies and their assets. In reality, the markets benefit those who can deploy large amounts of capital. A few large investors determine which companies do well on the bourses.

It is significant that the Covid year, when Independent India faced its worst recession ever, was also a year of record corporate profits, lowest corporate taxes and a great year for the stock markets. While an overwhelming majority of Indians saw a significant drop in their real income, the richest 1 per cent became even richer. This is an inevitable side-effect of 30 years of ‘reforms’.