Pollution, climate crisis are choking the oceans : The Tribune India

Global heating is pushing ocean temperatures to record levels, creating fiercer and more frequent storms. Sea levels are rising. Low-lying island-nations face inundation, as do many major coastal cities in the world. The climate crisis is also making the ocean more acidic, which is disrupting the marine food chain. And some eight million tonnes of plastic waste enter the oceans every year. Without drastic action, this plastic could outweigh all the fish in oceans by 2050. 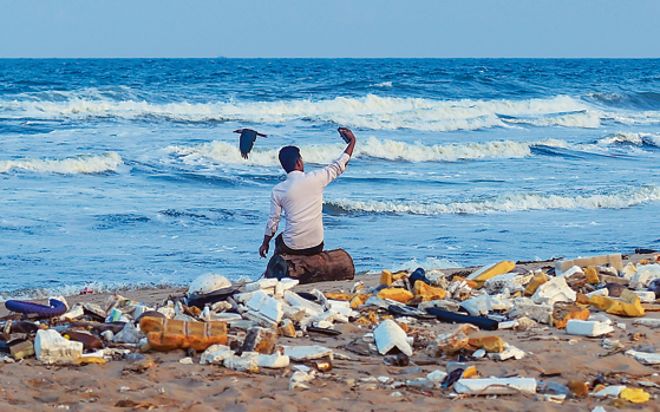 Under threat: A healthy ocean is critical for preservation of the earth’s ecosystem. PTI 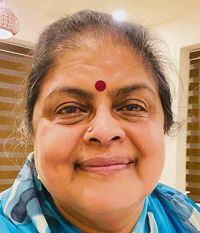 The oceans have never spurned our offerings, be it sludge, sewage, toxic waste, industrial effluents, plastic and other garbage. Things got really serious when the poisons got into the systems of aquatic life, and found their way into our dinner via seafood. Untold damage has been done to rivers, lakes, ponds, seas and oceans, despite us knowing that 50 per cent of oxygen on earth is from the oceans. Why are we choking off our own life-breath?

The United Nations Ocean Conference (June 27-July 1), held in Portugal, highlighted these challenges and more and sought solutions that could be taken up globally. And there is a need to create wider public awareness on the need to preserve the sanctity of water bodies everywhere. The United Nations Development Programme (UNDP) has made an ‘Ocean Promise’ to support the recovery of $1 trillion in annual socio-economic losses caused by ocean mismanagement.

In his opening remarks, UN Secretary General António Guterres said, “When we see the earth from space, we truly appreciate that we live on a blue planet. The ocean connects us all. Sadly, we have taken the ocean for granted, and today we face what I would call an ‘Ocean Emergency’”.

The gloomy scenario, presented by the UN, is that global heating is pushing ocean temperatures to record levels, creating fiercer and more frequent storms. Sea levels are rising. Low-lying island-nations face inundation, as do many major coastal cities in the world. The climate crisis is also making the ocean more acidic, which is disrupting the marine food chain. Ever more coral reefs are bleaching and dying. Coastal ecosystems, such as mangroves, sea grasses and wetlands, are being degraded. Pollution from land is creating vast coastal dead zones. Nearly 80 per cent of waste water is discharged into the sea without treatment. And some eight million tonnes of plastic waste enter the oceans ever year. Without drastic action, this plastic could outweigh all the fish in the oceans by 2050.

Indisputably, a healthy and productive ocean is vital to our shared future. It is 40 years since the UN Convention on the Law of the Sea was adopted. A new Treaty of the High Seas is being negotiated to address the global plastic crisis that is choking our oceans. Despite conferences and treaties, our desecration of the oceans has continued unabated over decades, pushing the waters to the brink, since there is no overall legal framework governing what is being described as the largest unregulated area on the planet, as it covers 70 per cent of the earth’s surface.

First, we need to invest in “sustainable ocean economies for food, renewable energy and livelihoods. This would require long-term funding and commitment to encourage sustainable practices in the seafood industry.”

Secondly, “the ocean must become a model on how we can manage the global commons for our greater good”. This would entail preventing and reducing all kinds of marine pollution and create measures to conserve the waters and execute good coastal management.

Thirdly, “we must protect the oceans and the people whose lives and livelihoods depend on them, from the impacts of climate change”. The way forward is to protect the marine ecosystems including mangroves, wetlands and coral reefs, and make shipping greener than it is currently. And avoid oil spills that have dangerous effect on aquatic life. Early warning systems in coastal areas will alert communities to be forewarned and prepared for any eventuality. Fourthly, the UN advises more of science and innovation “to propel us into a new chapter of global ocean action”.

As far as India is concerned, its 7,500-km-long coastline makes it an important security issue. Maritime security is a priority, but so too the importance of conserving the oceans as vital sources of sustainability and livelihood. More than three decades ago, the French underwater explorer and photographer, inventor of the aqua lung for scuba divers, Jacques Cousteau, warned us of the sullying of the Indian Ocean, and pleaded that the area be protected from pollution. Today, his grandson, Phillipe Cousteau, an environmentalist and oceanographer, says it is still not too late to save the oceans, if only we start taking positive action and show commitment and will. In an interview, he said, “We know that it would cost roughly around $225 billion to protect 30 per cent of the ocean. That’s a fraction of what the global economy has invested to fight the coronavirus. So the money exists...Now we just need the political will...to make it happen...”

Political will and funding may be crucial to save the oceans, but it is also necessary to drum up public support and create wider awareness about the state of the world’s oceans and how the oceans’ state of health can have deep impact on all life. Plastic waste is now found in the most remote areas and deepest ocean trenches. It kills marine life and is doing major harm to communities that depend on fishing and tourism.

The Intergovernmental Panel on Climate Change says that besides pollution woes, global warming is heating the waters, depleting oxygen and killing off several marine species, while driving many of them towards the poles. We are indeed experiencing an ocean emergency.

The oceans gave us life; it is now our turn to give life back to the oceans.