Poor and unequal : The Tribune India 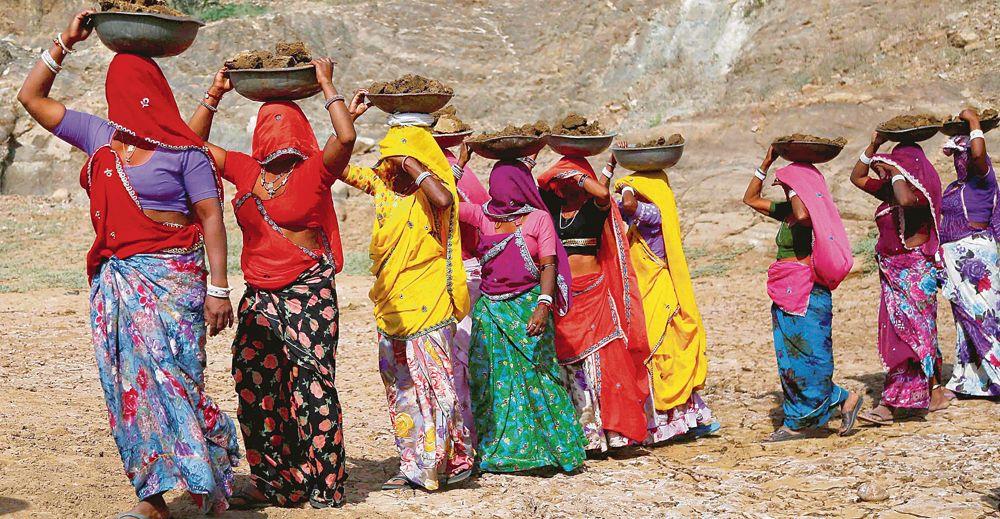 Way behind: India is placed 129 on a global index that measures a country’s efforts to fight inequality. PTI

India fares very poorly in the just released World Inequal ity Report 2022. The immediate response that this can generate is: removing poverty matters, but not inequality in itself, that being an ideological goal. The report has a clear answer to this. It states that the rise of the modern welfare state in the 20th century, which was associated with tremendous progress in health, education and opportunities for all, was linked to the rise of steep progressive taxation rates. This played a critical role in ensuring social and political acceptability of increased taxation and socialisation of wealth.

Unless public expenditure on health, education and skill development increases drastically, the quality of workforce will not improve, and GDP growth can’t take off.

The report goes on to add that a similar effort is necessary in order to address the challenges of the 21st century. It calculates the revenue gains that will follow from a modest progressive wealth tax on global multimillionaires. According to one scenario created in the report, an effective wealth tax rate of 1 per cent on the 62 million adults who have individual wealth exceeding $1 million can generate total revenues equal to 1.6 per cent of global income which can be reinvested in education, health and ecological transition.

The world is already moving in this direction by committing itself to economic and social transformation so that global warming can be restricted to 1.5 degrees C above pre-industrial levels in order to prevent the extreme weather conditions that have been recently witnessed.

To enable this, all countries will have to invest in creating a new economy which will enable zero net carbon emissions. And to help the poor countries do their bit, the rich have promised a substantial wealth transfer — $100 billion per year — a pledge not fulfilled till now, but will hopefully be better kept in the future.

This is needed because poor countries will have to pursue high growth to fight poverty, thus increasing per capita emissions. So the rich countries have accepted the moral responsibility of helping out as the current global stock of emissions has been substantially created historically by the rich as they raised their income and emission levels.

Where will the rich countries get the $100 billion per year? A couple of months ago, 136 countries agreed to subject MNCs to a minimum tax of 15 per cent by 2023. This is because such businesses have till now managed to pay very little tax by registering their legal entities in tax havens where they have to pay very little or no taxes at all, whereas they do their business and earn their profits elsewhere. Particularly culpable are new-age MNCs like Amazon, Microsoft and Alphabet (Google).

There is now a global consensus among countries to transfer resources from the rich — countries and companies — to the poor countries to meet an agreed goal, mitigating climate change. This is based on the same principle as progressive taxation which the world inequality report recommends to reduce inequality and fund socially desirable goals.

Now let us come to individual countries. Governments can fund socially desirable expenditure either by raising revenue or printing money. As the latter route will be inflationary, the only choice before governments is to raise more tax revenue so as to make the necessary investment. The contention of the report is that there is significant scope for this by taxing just the few who are rich a little more because of high levels of inequality that exists in both income (what you earn) and wealth (what you have saved up from past incomes).

As for the elite, according to Forbes, the top 10 Indian billionaires, led by Mukesh Ambani and Gautam Adani, have between themselves $332 billion in wealth.

Apart from the historical legacy, 2020, the year of Covid, has been a bad one for the entire global economy and India has played a role in this. There has been a drop in global income in the year, with half the drop in rich countries and half the drop in low income and emerging countries. The latter is primarily due to the impact of South and Southeast Asia, particularly India. If India is removed from the analysis, the income share of the bottom 50 per cent actually slightly increased in 2020.

Is India doing something to fight inequality and how does it compare in this respect with the rest of the world? The report has an index which measures a country’s efforts to fight inequality. Right at the top are Norway (1), Germany (3) and France (7). China is somewhat in the middle (57), much further down is Bangladesh (113), and near the bottom is India (129).

As if this was not bad enough, over the last three years, the report finds that the quality of inequality data released by the government has seriously deteriorated, making it difficult to measure recent changes in inequality. The report measures the availability and quality of data on income and wealth released by different countries through an inequality transparency index which has a range of 0-20. Eight countries score the highest — 13-16.5 (no country is absolutely perfect, so there are none in the 17-20 range). They are Denmark, Italy, Sweden, Uruguay, France, the US, the UK and Norway. Even China, a totalitarian country whose data has traditionally enjoyed little credibility, at 6.5 scores better than India at 4. Pakistan, if that is any consolation, scores even less at 1.

Unless India’s public expenditure on health, education and skill development increases drastically, along with efficient use of the money, the quality of workforce will not improve, and without that GDP growth cannot be expected to take off in the manner in which it has done in China.