The new coalition is likely to be Green-dominated. The Greens would continue to have interest in climate-friendly policies. Germany is engaged in renewable energy and solar rooftop projects, besides Namami Gange and electric transportation systems. Better coordination and expansion of these areas should be managed. It will be prudent to build a more robust partnership with Germany under Green influence. 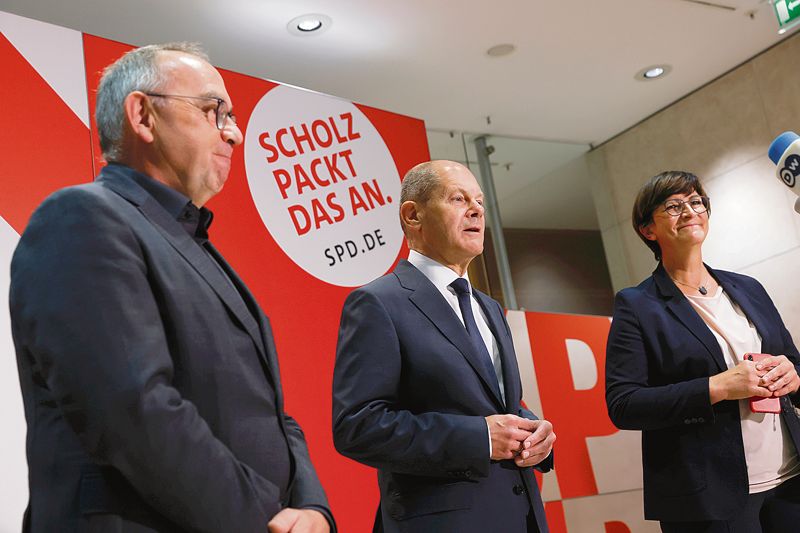 PROTRACTED: With parties at variance, building a coalition is taking time in Germany. Reuters 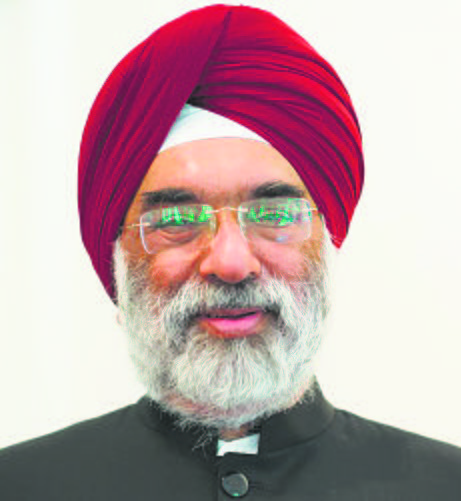 GERMANY eagerly awaits the coalition-building process following its indecisive electoral verdict. This emerges from the lack of majority of the ruling CDU-SPD coalition (Christian Democratic Union and Social Democrats) to form a stable government individually. They each require the support of at least two other parties. This is unprecedented in recent German history.

The Greens lead the early negotiation process. They were placed third with 14.8% share of the vote, and the Free Democratic Party (FDP) got 11.5%. Between them, they have 210 seats in the Bundestag, which is more than the SPD at 206, and the CDU at 196.

The two parties’ (Greens and FDP, or informally GFDP) negotiations have already taken place, and now they are separately discussing matters with the SPD and the CDU. While the preference appears to be for an SPD-led government, the CDU is not out of the picture. The FDP is more comfortable with it.

In 2017, similar negotiations with the CDU and the GFDP failed after months of negotiation. At that time, President Steinmeier nudged the SPD to join the CDU in a grand coalition. That remains the last option for now, provided the GFDP becomes realistic. They have scored well this time, but not enough to have a ruling mandate.

The contradictions between the Greens and the FDP are troublesome. The Greens support climate action. They seek zero emissions by 2040 by emphasising a massive expansion for renewable energy. The SPD and the CDU have a target of 2045 and the FDP, which is the least climate-friendly of the parties, believes 2050 is good enough.

The Greens and the FDP also differ on issues like setting the speed limit on German autobahns. The phasing out of petrol and diesel-based automobiles and taxing air travel are Green preferences. The FDP is liberal on these, and does not want hasty action. FDP is the party for deep tax cuts, up to 20% of the federal budget. The Greens want greater differentiation in taxation between the rich and the middle class, but want to be flexible on the ‘debt-break’ which prevents massive public expenditure beyond a limit. The CDU and the SPD have learned to live together and govern and prefer gradual tax cuts. The SPD is willing to increase taxes by 5% for the rich Germans.

The parties differ on the EU debt situation. The FDP does not want the special euro 750 billion Covid relief package to be repeated. The Greens seek a common EU policy to promote investment in environment, R&D, infrastructure and education.

On foreign policy, the Greens and the FDP are more anxious about China, than the grand coalition has in practice been. Both agree that the next generation of German telecom systems should be secure and Chinese firms should be barred from them. This is different from the CDU’s ambivalence. The Greens and the FDP are likely to change nuances towards China, rather than overlooking Chinese contradictions with German values for the sake of big business.

If the coalition tradition of a junior partner leading the Foreign Ministry obtains, the Greens could have the foreign ministry and suggest these changes. If the Greens also succeed in having a larger climate ministry, which includes industry, energy and environment, then the approach to China can be tempered. The Federation of German Industry, during the campaign, expressed apprehensions about a Green approach to the economy and evident lack of trust in business. The FDP, on the other hand, is a pro-business party, and it is unlikely they will allow business to be hurt at the altar of value-based politics.

The Greens oppose the enhancement of the military budget to the NATO target of 2% of the GDP. Given the state of play between the EU and the US, this is now a necessity for a European defence option.

India should hope for a change of emphasis. A tightening of the policy with China will not necessarily benefit India. If the Greens have a free hand and pursue the democracy and human rights agenda, it could singe India as well. The Greens and SPD are not pro-defence industry; this may impact the offer of submarines to India just when the strategic partnerships were better defined by the long Indian processes.

PM Modi and the new German Chancellor are due to hold the sixth inter-governmental consultations (IGC) later this year. It will depend on the time taken to form the new government. Otherwise, it will be shifted to 2022. The IGC took off during the Merkel era in 2011 and meets biannually since then.

New Delhi should seek a three-pronged effort to enhance Germany’s engagement with India. Given the PLI scheme and special window to fast-track German investments, India should seek greater German FDI into establishing manufacturing hubs. This will create jobs and can lead to exports to Europe and ASEAN. The German Indo-Pacific policy prioritises India and ASEAN as focal points for enhanced economic engagement. As India has an FTA with ASEAN, German companies may use it for expansion.

Germany has increased its participation in Indian infrastructure by supporting several metros, along with the French AFD and the European Investment Bank. An agreed role for Germany in Indian high-speed railways could be finalised. The discussions on these have resulted in a stalemate due to a lack of clarity on financing options. The entry of German and European companies into the railway sector in a big way will alter the nature of economic engagement.

The Greens would continue to have interest in climate-friendly policies. Through the IGC process, Germany is engaged in renewable energy and solar rooftop projects, besides Namami Gange and electric transportation systems. Better coordination and expansion of these areas, keeping in view India’s own INDCs (intended nationally determined contribution), should be managed. This will give a green corridor for India and Germany to expand their cooperation.

The new coalition is likely to be Green-dominated. To smoothen any rough edges that it may bring to Germany’s international relations, it will be prudent to build a more robust partnership with Germany under Green influence. The initiative with Denmark may serve as a good model.