Chinese military commanders will be intently studying Russian military tactics in Ukraine while the leaders are monitoring the impact of the sanctions. In this backdrop, the presence of Chinese armed forces on India’s borders is an ever- present flashpoint. China’s unification with Taiwan is also a long-standing aspiration. At this time, Xi will be looking for opportunities to become the first leader to embark on the reunification of China. 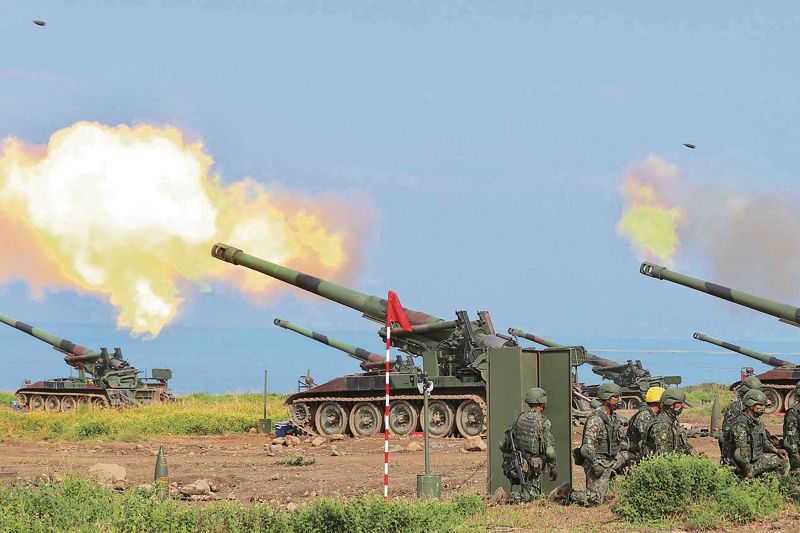 Turf war: Russian aggression against Ukraine has raised apprehensions about the possibility of a similar action against Taiwan by mainland China. AP 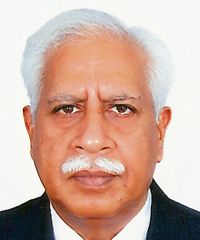 While China has been incrementally raising the level of threat to Taiwan and in the Indo-Pacific, the potential for conflict has increased with the onset of the war in Ukraine. Chinese President Xi Jinping is intently watching the US and Western responses in Ukraine for any hint of vacillation or weakness, which would give China an opportunity to effect the forcible reunification of Taiwan with the mainland when Washington is preoccupied with the developments in Europe.

Revealing the Chinese leadership’s thinking, the day after Russia invaded Ukraine, the Chinese Communist Party-owned Global Times on February 25 published a lengthy, sharply-worded editorial threatening Taiwan. Reacting to Taiwan Foreign Minister Joseph Wu’s remark hoping the international community would continue providing weapons to Taiwan to deter the mainland’s “invasion of the island”, the editorial claimed Taiwan’s ruling Democratic Progressive Party’s (DPP) “deep fear of being abandoned by the US has resurfaced”. Taipei, it said, had failed to realise that “Taiwan is just a pawn in Washington’s game against China”.

The editorial warned: “The red line drawn by the Chinese mainland for ‘Taiwan independence’ secessionist forces is already there” and “if ‘Taiwan independence’ secessionist forces misjudge this goodwill and attempt to gain a sense of security by riding the US’ coattails and reinforcing Taiwan’s military forces, they should get ready for a tragic end”.

Earlier, on February 5, an ostensibly “civilian” Chinese aircraft for the first time “approached” Dongyin island, one of Taiwan’s outlying islands in the East China Sea, under the public radar. This new manoeuvre by Beijing thickens the fog of uncertainty over its intentions towards Taiwan while raising tensions. This development too came in the midst of the Ukraine crisis where the US and West are arrayed opposite Russia and China.

The Global Times reported that Taiwan’s defence authorities had confirmed on February 15 that a Chinese mainland civilian aircraft recently approached Dongyin island and “speculated that the Chinese mainland was testing Taiwan’s response measures”. Chinese mainland experts responded that the incident only exposed Taiwan’s weak air defence capability. They warned that if provocations by Taiwan secessionists continue, such flights could become routine, or even expand to include larger areas. The addition of civilian aircraft in the mix raises the risk of a sudden, amphibious military operation by China’s People’s Liberation Army (PLA) against Taiwan.

Further raising the level of apprehension has been the progressive increase in intrusions of Taiwan’s Air Defence Identification Zone (ADIZ) by the People’s Liberation Army Air Force (PLAAF) aircraft. The number of PLAAF aircraft on exercise around Taiwan has also increased. On January 23 this year, 39 PLAAF aircraft, including one H-6 bomber and four electronic warfare aircraft violated Taiwan’s ADIZ. The J-16D electronic warfare aircraft were spotted near Taiwan for the first time. Taiwan’s defence department separately announced that the PLAAF aircraft had

conducted over 146 sorties and entered Taiwan’s airspace on nearly 30 days in 2022.

Other countries in the region have also taken note of the rising tensions. With tensions around Taiwan building and its defences getting increasingly overshadowed by China’s military might, Japanese Defence Minister Nobuo Kishi said in June 2021 that the security of Taiwan is directly linked with that of Tokyo. On December 1, former Japanese Prime Minister Shinzo Abe warned China that a “military adventure would be the path to economic suicide”. He clarified that “an armed invasion of Taiwan would present a serious threat to Japan. A Taiwan crisis would be a Japan crisis and therefore a crisis for the Japan-US alliance. Beijing, President Xi Jinping in particular, should not have any misunderstanding in recognising this.”

Japan’s Kyodo news agency disclosed in mid-December that amid increased tensions, the Japanese and US armed forces have drawn up a draft plan for a joint operation in case of a possible Taiwan emergency. Most recently on February 20, Nikkei Asia quoted French Foreign Minister Francois Le Drian as having stressed that “the stability of the Taiwan Strait is important for the stability of the entire (surrounding) region”. France was “ready to act” to ensure stability in the Taiwan Strait. He suggested that the French military might try to restrain China by sailing around the Taiwan Strait.

There is concern in the US too. On February 17, US Congressman Mike Gallagher argued that “failing to defend Taiwan puts America’s allies and even the American homeland in danger”. He said one handbook for mid-career PLA officers states: “As soon as Taiwan is reunified with mainland China, Japan’s maritime lines of communication will fall completely within the striking ranges of China’s fighters and bombers…Japan’s economic activity and war-making potential will basically be destroyed.”

In a sudden move to demonstrate American support in the midst of the Russia-Ukraine conflict, US President Biden sent a five-member delegation to Taiwan and Japan on March 2. Former Taiwanese legislator Shen Fu-hsiung observed that with the experience of Ukraine showing “strategic ambiguity” to be a big mistake, the US delegation’s visit may be a step towards “strategic clarity”.

Chinese military commanders will be intently studying Russian military tactics in Ukraine while the leaders are monitoring the impact of the sanctions. In this backdrop, the presence of Chinese armed forces on India’s borders and refusal to restore the status quo that existed before April 2020, is an ever-present potential flashpoint. China’s reunification with Taiwan is also a long-standing aspiration. At this time, Xi will be looking for opportunities to become the first Chinese leader to embark on the reunification of China. India and Taiwan both need to be highly vigilant during this period and till the 20th Party Congress later this year.