Nepal has struggled long for the establishment of democracy and its people have developed a strong sense of political empowerment. Snuffing it out may, therefore, not be possible, but stifling it for a while is not inconceivable. It is important that the country’s political leadership remains firm and upholds the torch of democracy. 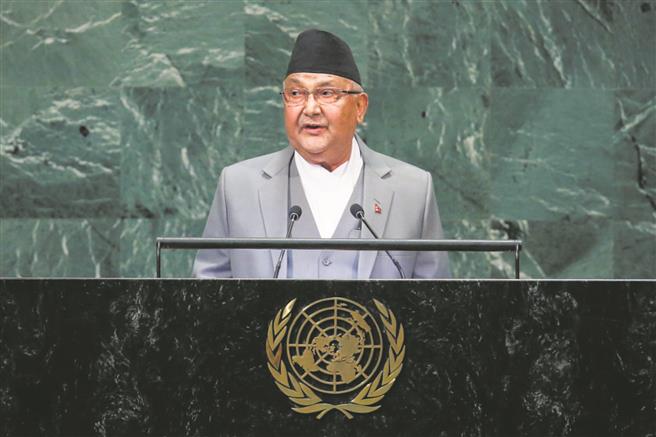 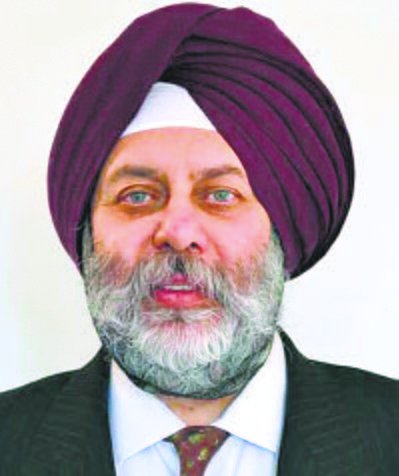 Former Ambassador of India to Nepal

NEPAL’S politicians are busybodies and even Covid-19 hasn’t been able to keep them under lockdown. On December 20, Parliament was hastily dissolved by the President on the advice of Prime Minister KP Sharma Oli and his Cabinet, even though the ruling Nepal Communist Party (NCP) had a near two-thirds majority and there were at least two more years to go before its five-year term ended. Fresh elections in May are being mentioned, but doubters believe that the dissolution is only a ploy by Prime Minister KP Sharma Oli to stave off serious challenges to his leadership within the NCP and somehow remain in power.

Nepal’s latest Constitution, adopted in 2015, created a fixed-term Parliament and has no provision for mid-term dissolution. In fact, the Constitution calls for all efforts to be made to form a government within an elected Parliament. Legal challenges have been mounted, but it is likely that as time progresses, a ‘friendly’ judiciary will accept legal justification for the dissolution, including through some emergency provisions. These may, thereafter, allow an extension in the time frame to hold the next elections.

The Nepali Constitution also incorporated several provisions to ensure an inclusive polity, including election to the House of Representatives from two streams: ‘first past the post’ and proportional representation. Two-thirds of the MPs are directly elected via the ‘first post the post’ system, while the rest are drawn from a slate. This ensures a modicum of representation of all voters, not just who voted for the candidate obtaining the highest number of votes.

Further, a Constitutional Council was created for deciding on high non-elected constitutional posts. It includes the Leader of the Opposition and the Deputy Speaker, who is to be from a party other than the ruling dispensation. The dissolution of Parliament was preceded by an ordinance to reduce the quorum for taking decisions in this Council.

Oli led the NCP to a huge election victory at the end of 2017, fanning a shrill nationalist sentiment with an anti-India undertone. A victory by a communist party in federal elections under a multi-party system should have attracted global attention, but the world was too busy ushering in right-wing politics. The victory was also a result of the unification of the original communist party, Unified Marxist-Leninist (UML), with the Maoists, led by former PM PK Dahal (better known as Prachanda), and the formation of the NCP.

Obviously, there was a power-sharing deal between the two, but Oli has reneged on ceding either the prime ministership or the chairmanship of the NCP. The result has been a vigorous contestation within the party for the past year, with Oli on one side and now almost all other big NCP leaders, including former PMs Dahal, Madhav Kumar Nepal and Jhalanath Khanal, against him. Oli has also not ingratiated himself with the public through good governance, including during the trying times of the pandemic.

Politicians in Nepal have little hesitation in resorting to political brinkmanship. Opportunism makes them willing to strike deals with even the most strident of opponents. Moreover, splitting parties with factionalism is a commonplace occurrence.

Earlier this year, seeing his support sharply dwindle within his own party, Oli was more than willing to split his party and sought to bring in an ordinance that allowed the splitting of parties based on 40 per cent breakaway in either the parliamentary party or the central committee and not both as the Constitution demands. This was withdrawn only after much political give-and-take amid reports of external pressures (read China) to keep the party unified. Such ‘political’ efforts are continuing in the current situation too and while a compromise within the NCP appears difficult, one shouldn’t underestimate the guile of the Nepali politician in his/her self-interest.

An early dissolution of Parliament should appear to be a godsend for the opposition Nepali Congress, giving it an opportunity for a shot at the government a few years ahead of schedule. It would also help quell leadership challenges within the party for former PM Sher Bahadur Deuba. However, there are believers of the view that he has, in fact, been squared up by the Prime Minister, evidenced by recent appointments of his proteges on key government posts.

And, even though in the past decade or so, since the abolition of monarchy, the former King has laid low, in recent weeks, there have been pro-monarchy public demonstrations across Nepal and some ‘deal’ with him or his supporters shouldn’t be put beyond the realm of possibility, no matter how remote. Indeed, in the past, PM Oli has spoken of his being open to a ‘cultural’ monarchy.

India is the favourite whipping boy of Nepali politicians. The raising of anti-India sentiment is the usual way for ensuring that political leaders in Nepal retain their perches even if it means crossing the reddest of red lines in inter-state ties. This was evidenced some months back when Oli, also then under tremendous pressure to cede power, raised an ultra-nationalist bogey by laying claim to Indian territory through cartographic adventurism, that was then enshrined in the Constitution. This led to a long period of understandably strained ties that have only recently shown signs of thawing with senior-level visits from India to Nepal taking place. The dissolution of Parliament clearly underscores the nature of the motivation in Nepali politics. For good reason, India is out of the discussions this time.

Nepal has struggled long for the establishment of democracy and its people have developed a strong sense of political empowerment. Snuffing it out may, therefore, not be possible, but stifling it for some time is not inconceivable. And, even though the world is preoccupied with Covid-19, some across the globe will note the happenings in Nepal. It is important that the country’s political leadership, no matter the different hues that it represents, remains firm and upholds the torch of democracy.