Predicament of being pragmatic for MoD

General Rawat’s intent to reduce some 1 lakh troops to save on salary and pensions to finance long-delayed military modernisation is unlikely to be realised. Two decades earlier, then Chief of Army Staff Gen VP Malik had similarly proposed a cutback of some 50,000 troops, but the Kargil war intervened. Hence, salary and pension bill will keep spiralling, particularly the latter due to ‘pension equalisation’ every five years under OROP. 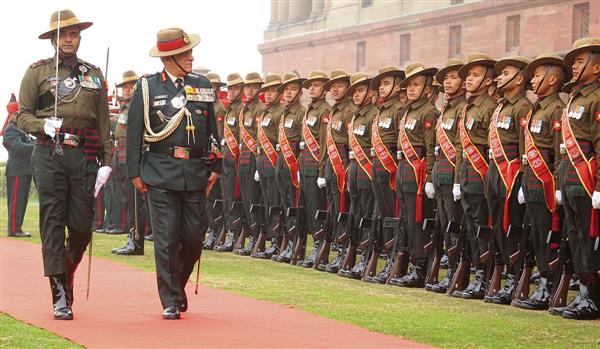 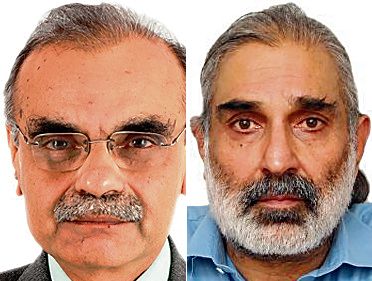 China’s enduring military adventurism along the Line of Actual Control (LAC) in eastern Ladakh is almost certain to stymie Chief of Defence Staff (CDS) General Bipin Rawat’s plans to try and reduce the services’ salary and pension bills that have risen by 288% and 535%, respectively, over the past decade.

Correspondingly, the military’s entire capital budget of Rs 1,13,734 crore for FY 2020-21, that caters to long-deferred modernisation, registered an increase of merely 189% during this decade. Alongside, the outlay for ‘stores’ or operational expenditure on fuel, transportation and rations, amongst other such costs, escalated 158% for this period, barely reaching Rs 33,142 crore this fiscal.

More tellingly, the services capital budget for FY 2020-21 is just Rs 3,340 crore more than the previous year’s, whilst the funds earmarked for ‘stores’ are actually Rs 1,827 crore less than what the services had received in FY 2019-20. Furthermore, the gap between the funds demanded by and allocated to the military, has risen 4.4 times from Rs 23,014 crore a decade ago to Rs 1,03,536 crore presently.

To add to the military’s financial woes, the procurement of equipment and ordnance necessitated by the military standoff with China, apart from the magnified expenditure on logistics along the LAC due to the imminent winter deployment, will further disrupt future defence spending.

Moreover, in the prevailing operational circumstances, the prospects of downsizing India’s 2,68,000-strong military seem remote, irrespective of the outcome of the impasse in Ladakh. Military officials agree that the number of soldiers needed to man the 3,488-km-long LAC from Arunachal Pradesh to Ladakh via Himachal Pradesh and Uttarakhand would actually multiply and in no way merit trimming of personnel.

Consequently, General Rawat’s intent to reduce some 1 lakh troops to save on salary and pensions to finance long-delayed military modernisation is unlikely to be realised. Two decades earlier, then Chief of Army Staff General Ved Prakash Malik had similarly proposed a cutback of some 50,000 troops, but the Kargil war intervened, resulting in the proposal being shelved for additional troops were needed to man the 747-km-long Line of Control with Pakistan. Hence, salary and pension bills will continue spiraling, particularly the latter due to ‘pension equalisation’ every five years under the one-rank-one pension (OROP) scheme.

Conversely, the pension bill for civilians — that remains a red rag for services personnel — has also been growing, but at a comparatively slower pace. According to official figures, this has risen 408% from Rs 15,000 crore in FY 2010-11 to Rs 61,119.35 crore in the current fiscal, excluding the Indian Rail and India Post retirees. But more importantly, this expenditure will subsequently plateau out, as the federal government’s New Pension Scheme (NPS) introduced in January 2004 onwards, has terminated assured monthly pension payouts for all civilian employees on subsequent superannuation.

In short, the NPS is a contributory pension scheme, in which both employees and the government contribute a certain percentage of the formers’ emoluments to a financial fund in which the corpus continues earning interest till the person retires. Thereafter, the retiree can withdraw an optimum 60 per cent of the entire amount at one go, with the balance remaining invested in annuities that, in turn, will yield a monthly pension. Under the NPS, no fixed amount of monthly pension payout is guaranteed, as all returns depend on the market.

Meanwhile, in March, two months before the Chinese standoff surfaced, parliament’s standing committee on defence was yet again informed by the MoD that reduction in military spending would adversely impact India’s security. The three services argued that this shortfall would negatively impinge on procuring stores, varied ordnance, training, equipment maintenance, infrastructure development, and a host of associated activities. The committee was also informed that the paucity of funds would also ‘interrupt’ the MoD’s ability to defray committed contractual payments for materiel and other kit procured from defence public sector units.

Verily, the fiscal crisis plaguing defence spending has been idling for long, with few willing to accept the monetary reality that the federal government is simply not solvent enough to meet the military’s desired financial requirements. Successive finance ministers in their annual budget addresses have grandiosely promised unlimited funds to the defence and security sectors, but never vindicated their grandstanding later.

It also appears that no one in government has a clue to solving this financial apocalypse, even as the armed forces continue planning to acquire capabilities, presuming that funds are not an issue. In July 2017, for instance, the three services formulated a five-year plan which envisaged an outlay of Rs 27 lakh crore, an amount that would have necessitated doubling the defence budget, without taking into account the rapidly escalating pension bill for over 32 lakh retired military personnel.

Unable to strike a balance between financial pragmatism and security imperatives, the MoD turns helplessly to the Ministry of Finance (MoF) to provide the funds. This is despite knowing full well that the latter — confronted with the growing needs of other equally critical sectors like health, education, agriculture and infrastructure and recurring fiscal deficits — cannot possibly meet its demands.

The infallible certainty is that the financial woes of the armed forces, as indeed those of other sectors, can only be redressed through a steady increase in government revenue to match rising expenditure. The government, in turn, can achieve this either through higher taxation or disinvestment, both of which have inbuilt handicaps: the former recourse is politically sensitive, whilst the latter cannot provide a sustainable solution to India’s unrelenting financial woes. This presents the government with the Hobson’s choice of resorting either to enhanced borrowings or printing more money. But, then again, no one can live on loans forever or alternatively, sink into a morass of soaring inflation. Both options are equally forbidding.