Prioritise the border threat over the optics : The Tribune India

Prioritise the border threat over the optics

The effort to rid the defence forces of colonial influences and symbols is simple to comprehend, but in the final analysis this exercise is merely a cosmetic one. The real priority should be the strengthening of the security grid in counter-terror operations and ensuring technologically advanced capability-building. Till the time we build a comprehensive national power, mere renaming and redesigning of flags and dresses will only be window-dressing to mask our present vulnerabilities. 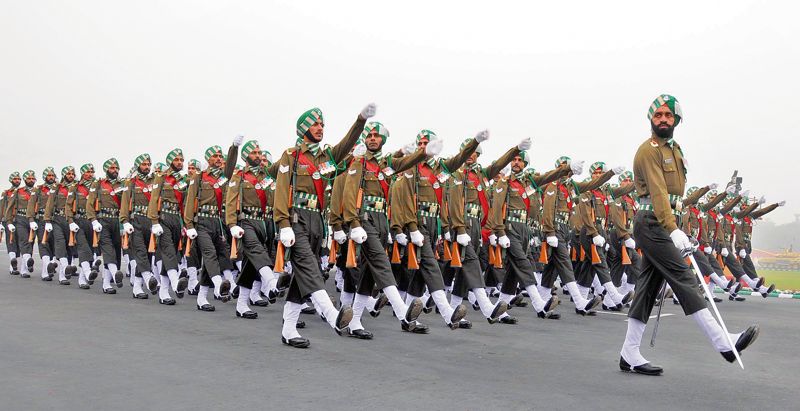 Logistics: Moving the Army Day Parade out of Delhi entails a whole new chain of moving, housing and training contingents in a new location each year. Tribune photo 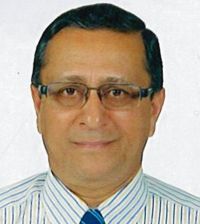 The Indian Army intends to rid itself of its colonial roots by reviewing several things — from flags and uniform to customs and systems — while the Ministry of Defence (MoD) has announced the moving out of the Army Day Parade from the national capital to other cities across India.

There have been opinions on the apparent ‘decolonisation’ of the Indian Army in keeping with PM Narendra Modi’s directive to Indianise customs and procedures. The restructuring of the Beating the Retreat ceremony a few years ago was the first sign of bringing in Indian culture and character into bands and displays.

It must be noted that the defence forces have been progressively ‘Indianising’ and adding many Indian tunes over the years to their repertoire of military music; the need to shake off the remnants of colonial rule is visible in the work on the new Parliament building and the Central Vista. However, retaining certain structures of colonial origin like the Rashtrapati Bhavan and others shows the ability to mix pragmatism with national pride.

While the Army’s announcement to review the uniform, customs and names of regiments has been met with trepidation by veterans, it must be understood that the current military hierarchy will factor in the ethos and traditions that are vital and essential to the esprit-de-corps of the rank and file.

Much of the symbolism and traditions are steeped in valour, sweat and toil of Indian soldiers and officers, who were either serving under the state armies or the British army in India.

A fair amount of Raising Days commemorate the supreme sacrifice made by these men often on foreign lands, especially during the two World Wars. There is nothing to be ashamed of Battle Honours and gallantry awards won in these theatres of operations as they remind the present and future generations of soldiers of values and the principles of soldiering, which do not change, be it in the British Indian Army or the Indian Army, post-Independence.

Much of the marching contingents and the heavy military equipment that participate in both these events are common and the whole logistic exercise of amassing such a large conglomeration of marching and equipment contingents is dovetailed and synchronised so that this optimum commonality saves resources and funds.

Moving the Army Day Parade out of Delhi to other cities in India — much like the combined commanders’ conference that was moved out of Delhi last year — entails a whole new chain of moving, housing and training contingents in an absolutely new location each year. The idea to move the parade across India is noble, but the logistics baffles and in the end it will cost more, have no institutional advantage of previously set procedures as presently exist and will draw away more troops and critical operational equipment for an isolated event. This seems to be a typical case where the maxim — ‘If it ain’t broke, don’t fix it’ — applies perfectly.

Ironically, these changes are being made or considered amid a security situation that calls for a sharper focus on pressing issues rather than on mere optics. In the ultimate reckoning from the security angle, the Line of Actual Control (LAC) is still a serious concern and this has been stated unequivocally by the three service chiefs.

The apparently hurriedly announced troop disengagement at PP-15 in the Gogra-Hot Springs area along the LAC announced on September 10 after the 16th round of Corps Commander-level talks was obviously an action connected to the Shanghai Cooperation Organisation meeting in Uzbekistan (September 14 to 16). India needs to have its guard up as this activity only creates a gap or buffer between the opposing troops and has not yet led to any reduction of strength deployed both in terms of equipment and manpower.

India’s Chief of Army Staff Gen Manoj Pande visited the Leh-based Fire and Fury Corps almost immediately after the disengagement was announced and witnessed the “Parvat Prahar” exercise, which demonstrated the capabilities of one of the strike corps that has been rebalanced to operate in the high-altitude terrain.

It is imperative that the defence forces practise joint and mutually supporting operations in the difficult high-altitude area where rapid deployments can result in securing vital features and dominant positions.

The deterrent effect on the adversary of strong capability enhancement measures is invaluable. However, it is also important to not let these stage-managed manoeuvres and demonstrations lull the forces into a false sense of security.

The manoeuvres need to be fine-tuned as troops are rotated very rapidly in the high-altitude areas and each newly inducted unit (which happens every 150 to 180 days) must be made capable of developing its role-specific expertise.

The recent forging of security and defence partnerships with nations in the Asia Pacific like Japan is a necessary foreign policy initiative. However, these alliances do not translate into boots on the ground at the borders or any material security assistance to the defence forces other that a few bilateral joint exercises, which are merely symbolic. The core function of the defence forces remains to train and equip itself with focus on the threats that are primarily on the borders along the sea, land and air.

The effort to rid the defence forces of colonial influences and symbols is simple to comprehend, but in the final analysis this exercise is merely a cosmetic one. The real priority should be the strengthening of the security grid in counter-terror operations and to ensure technologically advanced full-spectrum capability-building to confront the adversary, including in a “no war-no peace” scenario across the conventional front, especially regards China.

Till the time we build a comprehensive national power, the mere renaming and redesigning of flags and dresses will only be window-dressing to mask our present vulnerabilities.