One state which has done quite well to contain Covid-19 but is not much talked about is Himachal Pradesh. While this is reassuring, experience shows that the situation could change quickly unless strict vigilance is maintained. As the pandemic accelerates in the country, there is need for a proactive and sustained response. The virus is unpredictable and can surge if we let our guard down. 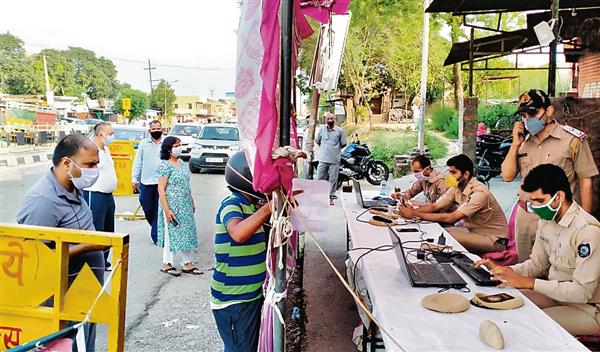 Strict strategy: Movement of people within Himachal Pradesh — from one district to another and also from outside the state — was restricted.

The pandemic has brought devastation on a scale never seen before as it has brought national economies to a standstill. The virus — SARS-Cov-2 which causes Covid-19 — came to India later than many other countries and is now spreading relentlessly. The situation is evolving rapidly as states hitherto not much affected are now reporting a spike in cases. Kerala has been talked about as a successful example, as it was initially able to contain the virus.

One state which has done quite well but is not much talked about is Himachal Pradesh — with a population of about 75 lakh, spread over 12 districts. The fact that a large number of the population is living out of the state — either employed or studying in cities, including those having a high transmission rate — and the flourishing tourism industry within the state render it particularly vulnerable to the risk of disease transmission.

The first case in HP was a 63-year old woman from Kangra who tested positive on March 20. She had recently returned after travel to Dubai. Over 6,400 infections and 43 deaths have been reported till September 2, with a fatality rate of 0.6 per cent (national average is 1.8 per cent). The largest number of cases is from the district of Solan, followed by Sirmaur, Kangra, Hamirpur and Una; these five districts contribute more than two-third of all cases. The lowest number of infections is in Lahaul and Spiti, with only eight cases detected in this geographically remote district.

The majority of those testing positive are in the age-group of 20-60 years and nearly three-fourth are males.

Almost all cases in the state either had a history of travel outside or had recently come from other states with a known high incidence, such as Maharashtra or Delhi. The remaining were the primary contacts of these cases who got infected as they had attended a social gathering attended also by a positive case and did not adhere to the guidelines on social distancing and the use of masks. The near-absence of secondary transmission is indicative of a limited local transmission within Himachal Pradesh so far.

The ASHA (Accredited Social Health Activists) and other health workers undertook the initiative of active case finding by visiting house to house, and in most districts, found no cases of Covid-19. So far, more than 2,15,000 RT-PCR tests have been carried out in accordance with the ICMR guidelines, with a test positivity rate of 2.9 per cent — much lower than the national rate of 8.6 per cent. Surprisingly, more than 90 per cent of those testing positive were asymptomatic.

Samples taken during a sero-survey carried out in May as a part of the ICMR national survey were all found negative, indicating that there is no community transmission in the state.

The reasons for these achievements are fairly straightforward. From the beginning of the pandemic, HP has strictly followed the strategy of early case detection, contact-tracing, quarantine, and treatment. As the country went under lockdown, Himachal imposed a curfew throughout the state and all movements of people within the state — from one district to another and also from outside the state — were restricted. All those entering the state with permission were mandatorily placed in quarantine, institutional or home, for a period varying from two to four weeks. Hiding the testing status was made a criminal offence liable for imprisonment under the emergency Act, perhaps the only state to do so.

Rapid response teams at district and block levels were mobilised for contact-tracing and follow-up. Remarkably, communities have played an extremely proactively role, especially in the rural areas where panchayats were fully committed to ensuring that home quarantine rules were strictly adhered to and arranging for institutional quarantine.

Any violations were tracked through GPS and by frequently visiting those in home quarantine. Many NGOs, such as Annapurna in Kullu town, took upon themselves the responsibility of serving food free of cost to those in institutional quarantine. Recently, the government passed a notification to levy a fine of Rs 500 or more for those violating the rules of wearing mask or maintaining social distancing.

While this is reassuring, experience shows that the situation could change quickly unless strict vigilance is maintained and the gains made are sustained. As the pandemic continues to accelerate in the country, there is need for a proactive and sustained response. The virus is highly unpredictable and can surge if we let our guard down. For example, Kerala, which was identified earlier as the best performing state in the country, has had to again resort to lockdown. Despite this, local transmission has increased as there are instances of people violating quarantine and not maintaining social distancing.

Himachal will do well to learn from these experiences and continue with what it has been doing so far: strict enforcement of quarantine, early detection of cases with testing and isolation of those who test positive. It must also focus on behaviour change intervention as high-risk behaviours are still prevalent in many towns and localities, such as no use of masks or wearing them on the chin or only covering either the mouth or nose, no physical distancing or adherence to cough etiquette or hand hygiene. Only extensive public education campaigns can make the people shed complacency that ‘it cannot happen to me’ and prevent any lapses in following these public health measures.

While continuing to improve the testing, tracing and treating strategy, we should also ensure that quarantine facilities are managed properly — they should make available at least the basic facilities and also strictly follow social distancing and mask wearing, thereby preventing them from becoming a source of infection.