The Indian military is currently being buffeted by many kinds of politically driven innovations (for instance, the Agnipath scheme) and systemic constraints such as a weak indigenous R&D base and modest defence manufacturing capability. These could be redressed with robust funding when the national economy can sustain such expenditure, but the deeper structural challenge is often ignored. 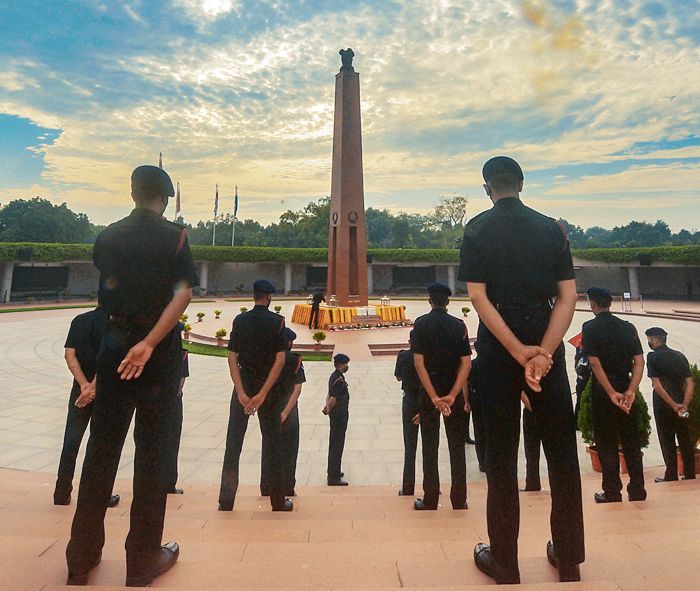 Looking ahead: Reducing the dissonance in civil-military relations is a major challenge. PTI 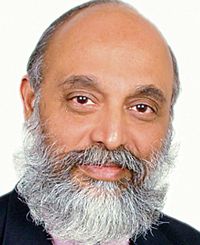 THE evolution of the Indian military or the fauj over the past 75 years is a saga of unwavering commitment to the protection of territorial integrity and sovereignty of a nascent nation that was shedding the oppressive colonial yoke. Despite many constraints, tangible and intangible, the Indian fauj made a remarkable transmutation in its evolution from being a colonial military, where the army was the lead service in sustaining imperial rule, to becoming a professional, apolitical institution that would bear arms in the defence of a free nation and the normative values it espoused.

The challenges that the Indian military had to overcome were two-fold — an institutional one, related to the politico-military orientation of free India led by PM Jawaharlal Nehru; and the existential one in consolidating the territorial integrity of the nascent nation with limited material resources. The immediate challenge was the threat to Kashmir in October 1947 and the manner in which the Indian military — the army and the air force — rose to the occasion to prevent Pakistan from grabbing a crucial part of the composite state of Jammu and Kashmir is illustrative.

The most consequential phase in the evolution of the Indian military was the first quarter century, the period from 1947 to 1972. In the post-Independence decade, the military, which swore allegiance to the Constitution after India became a republic in January 1950, was faced with the task of consolidating itself by way of inventory and personnel with limited fiscal resources. However, the more complex institutional challenge was one of civil-military unease. The then PM Nehru was dismissive of the military as an institution and opined that astute diplomacy and India’s innate integrity would enable it to deal with its external challenges.

Professional advice related to strategic geography, the Chinese threat and inventory inadequacies, rendered by the military top brass, was disparaged by the political apex and the net result was the humiliation of October 1962. This proved to be a bitter learning experience for India’s political and military leadership and in the next decade, a remarkable transformation was effected.

While challenges to territorial integrity continued — as for instance the 1965 war with Pakistan — the redeeming event for the Indian fauj was the 1971 war that led to the birth of Bangladesh. This remains an unprecedented military victory in the annals of modern history but in keeping with India’s distinctive strategic culture and diffidence about matters military — the enormity of this event remains under-acknowledged.

Most militaries have a single challenge — that of dealing with external challenges to national security but in the Indian case, from 1990 — there has been an overlap between the internal and external drivers of security. This was due to Pakistan’s adroit combining of religious fervour with terrorism and India’s own governance deficiencies in relation to Jammu and Kashmir. The net result has been a long-drawn-out proxy war and the Indian military — the Army in particular now —has IS (internal security) component as a major operational task. That the challenge to territorial integrity manifests itself in different ways was evidenced in the 1999 Kargil war — and again, despite limitations of inventory and some initial operational hiccups — the Indian fauj came up trumps — the nuclear overhang notwithstanding.

On the 75th anniversary of azadi, the challenges to territorial integrity remain alive and the post Galwan stand-off with Chinese troops along the LAC (Line of Actual Control) in Ladakh is a case of a 1962 deja vu. While defending territorial integrity and laying down lives when required have earned the Indian fauj the respect and love of its citizens, an intangible contribution has been the quiet role it has played in enabling India’s democratic trajectory.

While many post-colonial nations have succumbed to military coups — Pakistan being the more compelling example — the Indian fauj has remained apolitical in a steadfast manner. This was exemplified during the emergency period (1975-77) when then PM Indira Gandhi’s coterie sough to draw the Indian Army into the ‘tent’ but was quietly resisted by the then Army Chief General Tappy Raina.

Looking ahead to the next 25 years — the challenges for the Indian military will remain qualitatively the same: Dealing with complex territorial integrity and national sovereignty challenges emanating from China and Pakistan, both individually and in strategic tandem with limited fiscal resources; and reducing the dissonance in civil-military relations whose genesis goes back to the Nehru years.

Institutional integrity and professionalism have been progressively diluted and politicised in India@75 and the corrosive impact this can have is evidenced, alas, in the case of the Indian police. Will this virus afflict the military? The Indian military is currently being buffeted by many kinds of politically driven innovations (for instance, the Agnipath scheme) and systemic constraints such as a weak indigenous R&D base and modest defence manufacturing capability. These could be redressed with robust funding when the national economy can sustain such expenditure — but the deeper structural challenge is complex and often ignored.

Institutionally, the fauj has been nudged down the governance pecking ladder and kept outside the Raisina governance tent in a determined manner. Higher defence management is lackadaisical and the fact that a CDS (Chief of Defence Staff) is yet to be appointed is a case in point.

With the war in Ukraine likely to fester for much longer, the Chinese assertiveness only becoming more pronounced and technological advances altering the nature of war — the Indian military will, in all likelihood, be navigating in choppy waters with strong headwinds for the next decade or so.