Providing logistics in Ladakh a test of mettle

Local resources in Ladakh are restricted due to the limitations of weather and terrain. Requirements for consumption rise due to the deployment of military and paramilitary forces. Therefore, all stores for survival and operations are met by stocks from the plains. Forecasting and demand consolidation is an ongoing process which starts well in advance at all levels. 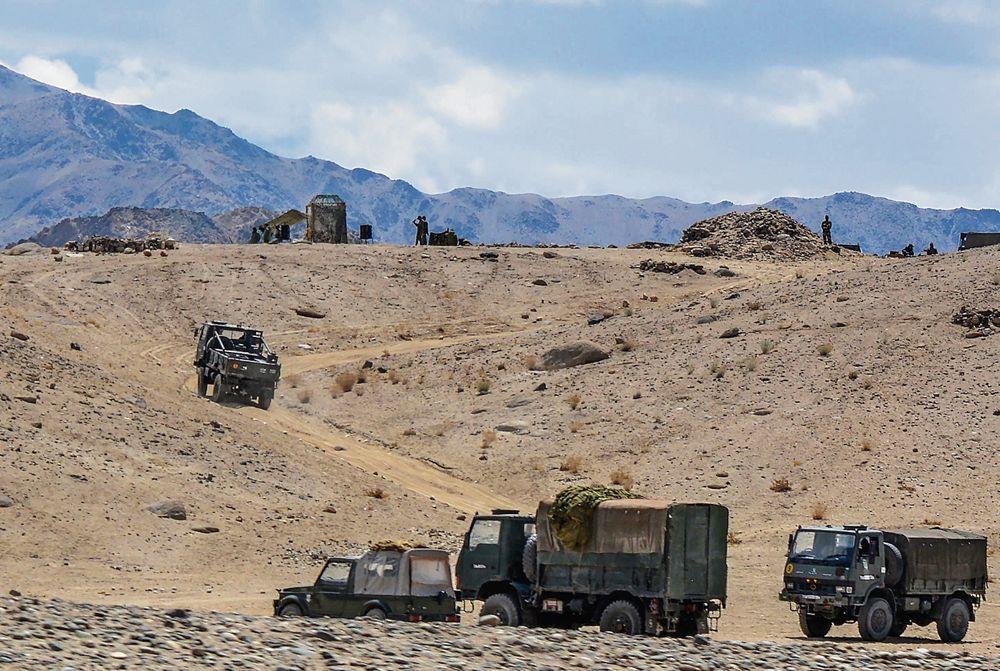 Tough terrain: Driving heavy vehicles is not only risky but also needs a high level of skills, contributing to the complexity of maintaining the supply chain. 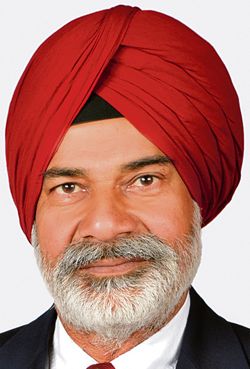 A lot has been written about the Galwan valley and the Pangong lake and the intricacies of operations in such difficult areas in Ladakh. There is no doubt that sheer survival in high-altitude areas is a big challenge, to conduct operations in such a terrain is like pushing even fit and acclimatised soldiers to the ultimate limits of the human body’s tolerance. For a citizen to understand how it feels, one must go for a holiday to a well-connected place like Leh, which is not even located in a difficult area. It has been experienced that many tourists spend their holiday in hospitals or their rooms, even in Leh, because they cannot withstand the rarefied atmosphere to go for local sightseeing, such are the challenges imposed by nature in this terrain. Imagine the tenacity and stamina, both physical and mental, of those officers and soldiers who recaptured the Kargil heights in 1999. We can only express our gratitude to them by saluting them every time we think of the Kargil War and the Galwan valley incident and other such operations undertaken by the Indian Army.

One issue which has escaped attention during this period, especially in the media, is the complexity of maintaining the supply chain to provide operational logistics support to the troops fighting in such difficult areas. It is a fact that Ladakh is connected to the rest of the country only by road and air, the road being closed for better part of the year. In fact, the road is open for about four months only during which period, logistics for the entire year are required to be built up for all items of survival and war fighting. The condition of the road deteriorates immensely, having stayed under snow for most part of the year.

Hence, driving heavy vehicles is not only dangerous and risky, but needs high level of skills. Within Ladakh, each sub-sector has different terrain imperatives and some posts are accessible only on foot or by animal transport for a very limited period during which logistics echelons carry out the advance winter stocking (AWS) to last for the whole year besides some reserves for unforeseen operational requirements or natural calamities.

It is also a fact that local resources available in Ladakh are extremely restricted due to the limitations of weather and terrain. Requirements for consumption become even more due to the deployment of military and paramilitary forces to meet the national security requirements. Therefore, all stores for survival and conducting operations are met by stocks coming from the plains. Since the period for the induction of these stocks into the sector is limited after the snow melts, there is a requirement to forecast the demand for all stores in great detail and procure them well in time in the plains so that they can be inducted in a systematic manner once the road opens. Forecasting and demand consolidation is an ongoing process which starts well in advance at all levels. Procurement has to keep in mind that perishables are not procured too early, lest their shelf life should expire before the road opens the next year. This factor also decides the sequence of pushing forward the items during the road open period. The quantum of stocks required at each location depends on the duration it is likely to be cut off and is worked out in terms of number of days converted into gross quantities for each item, howsoever insignificant it may appear. There is a well-oiled machine which involves the forward most post to the Army headquarters in which the demand moves backwards to Delhi and the stocks go forward to the posts through the intermediary channel of logistics in a very smooth manner.

During the ‘Road open period’ as it is popularly known, the collective effort up the chain comes into effect. This is the period during which items ranging from ration, engineering stores, weapons and equipment, clothing, medical stores, ammunition and vehicles, to name a few, need to be inducted into the sector. The range of items required is vast. Fuel requirements, including kerosene for heating purposes, are colossal. It moves up in bulk lorries which must refill it into barrels and jerricans for the forward areas. Effort has been made to reduce the carbon footprint by utilising non-conventional sources of energy, but the quantum required is still substantial. It is interesting to note that the modes of transport are as varied as goods trains from the hinterland to the railhead to load carrying vehicles in the hilly areas followed by mules/local ponies and at times, civilian porters for the last kilometre connectivity. The entire supply chain works in unison right from the hinterland to the forward areas on ‘Seek and support’ or ‘Push model’ of replenishment, setting extremely high standards of professionalism and supply chain management. Failure or under-performance of the supply chain in such sensitive areas is not acceptable under any circumstances. Hence, the model followed is ‘Just in case’ which translates to high assurance levels and reserves unlike the corporates who adopt ‘Just in time’ model of logistics, risking assurance for the economy.

Formation commanders in such areas personally monitor the progress of AWS and the stock build-up, because not only are operational logistics important for survival and war fighting by the troops, they act as great morale booster. The soldiers need to be given a feeling of being cared for by their leaders and that is what differentiates a professional force like the Indian Army from the rest. Operational logistics in difficult areas like high altitude or deserts will often dictate the size of the forces that can be deployed in operations because deployment of forces may be easier than sustaining them through the anticipated period of operations.