An important implication of granting provincial status to Gilgit-Baltistan is for the broader regional alliance between China and Pakistan. The Chinese-constructed Karakoram highway runs through the region, paving the way for multi-faceted alliances with West Asia. The Shia majority in Gilgit-Baltistan provides buffer to the Chinese state to check against the ‘export’ of Sunni extremist ideology to Xinjiang province and its impact on the Uighurs. 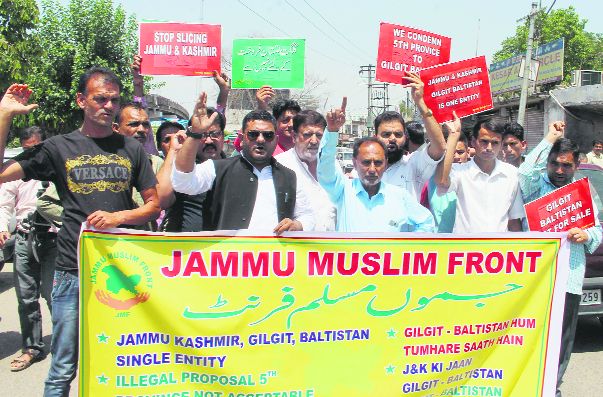 The reported decision to create the mountainous and sparsely populated Gilgit-Baltistan as a provisional Pakistani province is de jure recognition of a de facto reality prevailing within the Pakistani polity for the past over 70 years. The de facto reality has enabled Sino-Pakistan ties to become stronger as the main route that links Pakistan with China traverses through this region.

Gilgit-Baltistan region, earlier known as Northern Areas, shares contiguous borders with China, Afghanistan and Kargil district of Ladakh. Shia Muslims live in majority, though the region has an extensive ethnic and sectarian diversity with Baltis, Ismailis, Nurbakshis and Dards inhabiting the place that adjoins Xinjiang province of China. In 1935, the British had signed a 60-year lease with the princely ruler of J&K, Hari Singh, to take control of Gilgit agency. The British wanted to use the frontier belt as a base to check the growing Russian influence in the region. The lease ended with the end of the British rule over India and the region’s direct control returning legally to the princely ruler.

The narrative of both countries on Gilgit-Baltistan is in line with their contested positions on Jammu and Kashmir. However, the present development comes in the backdrop of some facts. The 1949 Karachi agreement signed between the Muslim Conference-led Pakistan-occupied Jammu and Kashmir (PoJK) and the Pakistan government separated the region from PoJK and gave direct control of the region to the federal government. For a number of years, Northern Areas Council, which became the legislative council, governed the region. Islamabad-based Federal Minister for Kashmir Affairs and Northern Areas was the executive head.

Some of the political forces, who are called nationalists in Pakistan and stand for the independence of the undivided state as it existed in 1947, have frequently demanded the merger of Gilgit-Baltistan with PoJK. Amanullah Khan, who founded the JKLF, an organisation that initiated militancy in Kashmir valley in 1989, was one such voice and he himself was from Gilgit. Even the then Chief Justice of the PoJK High Court, Justice Abdul Majeed Malik, a resident of Mirpur, gave a judgment on March 8, 1993, where he questioned the legality of the Karachi agreement and declared the region to be a part of the territory of Jammu & Kashmir. However, influential voices in the PoJK, which are close to the establishment in Islamabad, had opposed this position. This has included Sardar Abdul Qayoom Khan, the former President of PoJK and one of the senior leaders of Muslim Conference, a party that governed PoJK for many years.

Parallel to this, there were local demands for ending bureaucratic rule over the region. In March 1999, the Supreme Court of Pakistan had ordered that the Northern Areas be given the same political, economic and administrative rights as given to the other provinces of Pakistan. On August 29, 2009, Pakistan’s Prime Minister Yousaf Raza Gilani announced political reforms in Northern Areas and renamed the region as Gilgit-Baltistan. A legislative assembly was created with the post of the Chief Minister to spread the notion that the region is governed by the locals. In 2018, a committee headed by Sartaj Aziz had recommended abolishment of the Islamabad-based Gilgit-Baltistan council. The recent reported decision to grant provincial status to the region is in line with these developments.

Amendments are suggested in Articles 51 and 59 of Pakistan’s Constitution that pertain to the legislative seats of various provinces in Pakistan’s National Assembly and Senate, respectively. With these amendments, additional seats will be earmarked for Gilgit-Baltistan in both houses of Parliament. There will be no amendment to Article 1 of the Constitution which lists the provinces of the Islamic Republic of Pakistan. By doing this, no change is purportedly made to the Pakistani position that the final status of J&K is still to be decided.

The decision, however, is an acknowledgment of the importance of status quo as far as territorial control of the two countries of various parts of the former state, as it existed in 1947 before Partition, is concerned. This has merely reinforced the point that the borders as they stand today between the two countries will not change and future modalities have to reflect that. In Gilgit-Baltistan, there is an internal ethnic and sectarian diversity. There is also the aspect of divided families. Baltistan has ethnic linkages with Kargil district of Ladakh and many Balti-speaking divided families live on both sides of the Line of Control. The five LoC points that were opened by the two countries in 2005-06 for the divided families of J&K didn’t benefit those of Balti stock. Because of the Shia population in Gilgit-Baltistan and Kargil district, there is also the impact of Iran on the two regions as many youngsters on either side of the LoC go there to study.

An important implication of granting provincial status to Gilgit-Baltistan is for the broader regional alliance between China and Pakistan. The Chinese-constructed Karakoram highway runs through the region. The highway paved the way for closer bilateral ties as China builds its multi-faceted alliances with West Asia that is territorially possible only via Pakistan’s geography. The tightly controlled region and the

Shia-majority demography of Gilgit-Baltistan have provided sufficient buffer to the Chinese state to check against the ‘export’ of Sunni extremist ideology from Pakistan and Afghanistan to Xinjiang and its impact on the oppressed Uighur community in the region. The grant of provincial status to the region will further incentivise China to build more infrastructural projects as the de facto reality becomes de jure within Pakistani polity.