Psycho-social impact of the Covid lockdown

Social distancing seems to be hitting people even more than the scare of the deadly virus. People are getting highly restive and agitated in spite of social media connectivity. Cases of domestic violence have more than doubled in the country during the lockdown period. We need to contain the psychological damage by diverting maximum resources towards strengthening our healthcare system. 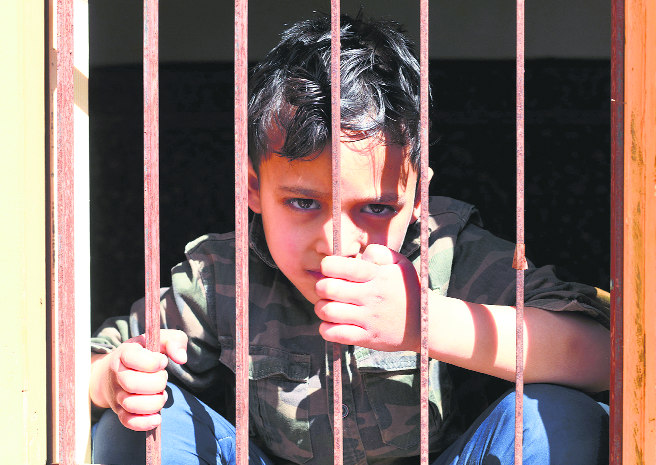 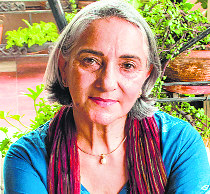 OVER two weeks of the lockdown brought on by the Covid pandemic have struck people as a painfully long period of isolation. Social distancing seems to be hitting people even more than the scare of the deadly virus. People are getting highly restive and agitated in spite of social media connectivity. Cases of domestic violence have more than doubled in the country during this period. The government is currently all caught up in dealing with the immediate threat of the pandemic, which has disrupted daily life and toppled the markets. It will soon be imperative to consider and take proactive measures about the more long-term effects of the pandemic and a long-drawn lockdown.

Humans have evolved to be social creatures and are wired to live in interactive groups. Being isolated from family, friends and colleagues can be unbalancing and traumatic for most people and can result in short or even long-term psychological and physical health problems. An increase in levels of anxiety, aggression, depression, forgetfulness and hallucinations are possible psychological effects of isolation. Mental conditions may be precipitated for those with underlying pre-existing susceptibilities and also show up in many others without any pre-condition. Personal relationships help us cope with stress, and if we lose this outlet for letting off steam, it results in a huge emotional void which, for an average person, is difficult to deal with. Just a few days of isolation can cause increased levels of anxiety and depression. Add to it the looming threat of a dreadful disease being repeatedly hammered in through the media and you have a recipe for many shades of mental and physical distress.

Prisoners in solitary confinement and patients in isolated hospital units have often shown adverse psychological effects, including increased anxiety, panic attacks and increased levels of paranoia. Social isolation has been found to have a correlation with higher alcoholism. Researchers who have had to live in isolated environments like deserts, the Antarctica, forests and outer space have also reported that dealing with loneliness is a tough challenge. Yossi Ghinsberg, an Israeli adventurer who was alone in the Amazon for many weeks, admitted to creating imaginary friends to ward off loneliness. The Covid lockdown has brought forced isolation to many. There are youngsters living away from their families, trapped in small apartments with abysmal cooking skills. Many senior citizens living by themselves found companionship by meeting up with age mates in neighbourhood parks. They find themselves marooned, deprived of social interaction and also the occasional visits by their children. Lack of playtime with peers is making children irritable and edgy.

Staying in a confined space with family is not all a rosy picture for everyone. It can be extremely oppressive and claustrophobic for large low-income families huddled together in small single-room houses. Children here are not lucky enough to have many board/electronic games or books to keep them occupied. Add to it the deep insecurity of running out of funds for food and basic necessities. On the other hand, there are people with dysfunctional family dynamics, such as domineering, abusive or alcoholic partners, siblings or parents which makes staying home a period of trial. Incidence of suicide and physical abuse against women has shown a worldwide increase. Heightened anxiety and depression also affect a person’s immune system, making them more susceptible to illness.

Long-term lockdowns bring along a series of social, economic and religious upheavals in societies. The Black Death pandemic of the 14th century, which took a toll of half of the population of China and one-third in Europe, hit all social classes, but the lower classes were worse off for living in closely packed, unhealthy environments. A large workforce had been destroyed; farms and factories were abandoned. Wages for labour shot up as did the cost of manufactured goods. There were some positive outcomes too, though at a huge price of death and destruction. Feudalism was hit hard and daily wagers could dictate terms. The economic divide lessened and lifestyles of the working class changed for the better. Religious beliefs underwent a change for many who turned more to science for survival.

The question today is not if there will be similar socio-political changes through the Covid passage; experts say it is going to be a long and damaging battle. It has to be long-term planning. We need to contain the health and psychological damage to our population by immediately diverting maximum resources towards strengthening our healthcare system. We must manage equitable distribution of food and basic necessities among the disadvantaged classes. We have tripped badly by ignoring their concerns before the lockdown. Any more bungling can result in ugly scenarios of riots and looting for food. There is an urgent need for the government to swing into action to avoid losing credibility. A higher death toll also mean many families losing their earning members and placing a greater responsibility on the welfare system. Casualties in India are highest in the 22-40 year age-group males, which is also the most productive.

When one looks at masses of people trapped in fear and uncertainty, many of them high on anxiety, depression and frustration, it is a volcanic situation which can be triggered off with any little provocation. Crime rate, protests and social unrest have been seen to shoot up in such deprived times all over the world. In India, the communal card has been used time and again by power mongers with sinister designs. The recent convention in Delhi by the Tablighi Jamaat is being quoted extensively to further the hate campaign against Muslims. The convention was a misguided blunder, but let us keep community vilification out of these sensitive times. It could flare up into racial hatred and violence which will rip apart the secular fibre of our country, weakening the fight against the Covid scourge. Tough times are still ahead; let us not make it worse for ourselves.

On March 3, the Income Tax Department searched the homes and...