Punjab Government tripped, and how 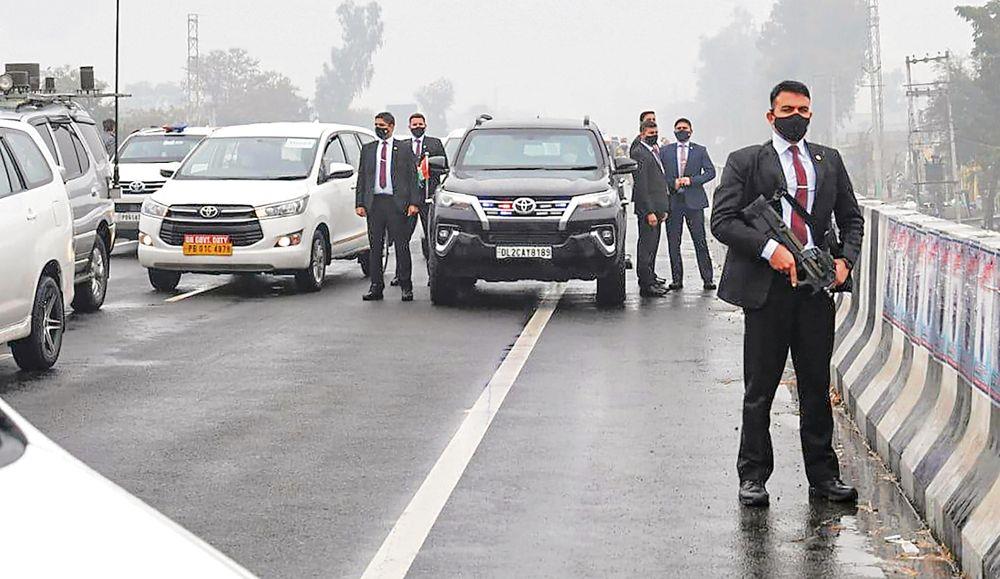 At risk: In the case of Modi, the threat perception must be considerably higher than what it was for Dr Manmohan Singh or Atal Bihari Vajpayee. PTI

The PM’s inability to reach his destination in Punjab on January 5 showed the state government and its police force in a very bad light. It failed to fulfil its constitutional obligation to ensure safe passage to the nation’s Chief Executive! This has not happened before, as far as my memory goes. There is an elaborate drill that precedes the PM’s visit to a state. State governments ruled by Opposition parties, as in the case of Punjab, have an added responsibility in this matter as they have to keep their own followers in check.

If the newly installed CM thought he was teaching his rivals a lesson in political jugglery, I reckon he has picked on the wrong horse.

Before a PM crosses into a state, the SPG, which is in charge of the PM’s personal safety, sends an advance party of senior officers to thrash out every detail of his or her itinerary with the DGP and his Intelligence wing. Visits are paid to the spots where the PM is scheduled to visit. The law and order machinery of the police, as represented by the DSP and his juniors, is associated in the planning of the entire event.

The Intelligence Bureau (IB), which monitors the political pulse of the parties and people involved in the event, is associated with the security arrangements. The final call on every detail is with the SPG, which has been especially raised for securing the life of the country’s PM. In the case of Modi, the threat perception must be considerably higher than what it was for Dr Manmohan Singh or Atal Bihari Vajpayee.

I presume these drills, which cover all the special precautions to be taken in case of eventualities like a change in route, were discussed and finalised by the state’s police leadership with the SPG and the IB team. The PM was to use a helicopter to travel from Bathinda to Hussainiwala in Ferozepur district, where he was to honour the martyrs who laid down their lives to free the country from colonial rule. That the helicopter may have to be abandoned was always on the cards. Winter mist and rain that hampers visibility is a regular feature in Punjab at this time of the year. It must have been factored in during the course of the preparations for the visit.

I am afraid that the Congress government has messed up badly. No excuses can soften the blow, since no excuses will be accepted. The security of the PM is the topmost concern of every citizen of this country and not merely the agencies constituted to ensure that his life is safe. It is a matter of national honour.

While the SPG guards his proximity and his person, it is the responsibility of the state’s police to ensure that the PM moves about without any hindrance. Malcontents and sundry political opponents who wish to demonstrate against him have to be called and told what will be permitted and what will not be allowed. Uniformed police officers are adept in this particular police duty.

I do not subscribe to the BJP’s charge that the Congress government wilfully exposed the PM to danger in the hope that he would be harmed. That is a misstatement of facts meant to gain political mileage. The people are not so dumb. But what the people do not know is that unwittingly the state government has thrown itself open to the charge that the PM’s personal security could have been compromised by the sudden hold up on the bridge near his destination. Any unhinged person could have caused damage. That lapse cannot be excused and it will not be, though here again the charge that the Punjab Police purposely leaked the details of the route to be followed by the PM to the farmer protesters can be discarded as another instance of political grandstanding. A route prescribed for the travel has to be secured well in advance. Movement of policemen detailed for such work will be known to everyone, friend or foe, by the very nature of the exercise.

But the act of the protesters in blocking the road had to be prevented at all cost. I cannot believe that the police had no inkling of the farmers’ moves. This was a group that was attempting to establish its individual identity on the political landscape. This was an added reason for the Intelligence wing to keep them under strict surveillance. The wing has obviously failed.

The normal drill is for the police to summon the leader of the demonstrators and tell them how far they could go in their constitutional right to protest. Simultaneously, the protesters needed to be told that the higher constitutional right of the nation’s top leader to go where he legitimately wished to go would be safeguarded by the state’s police, under any circumstance.

If the protesters were determined to block the PM’s journey, they should have been temporarily detained till the PM had completed his meeting and departed. If they went further and resorted to violence, the police should have used force to disperse them. But in that case, the police would need enough men to chase, arrest and restrain, and a fleet of Black Marias or hired buses to whisk away those detained. All this needed to have been planned in advance.

This drill has been practiced by the police in all parts of the country over the years. Why was it not planned on this occasion? If the newly installed CM thought he was teaching his political rivals a lesson in political jugglery, I reckon he has picked on the wrong horse! It is a foolhardy venture that is bound to boomerang.

CM Channi’s taunt that the PM had to cancel his meeting in Ferozepur because only 700 of the 70,000 chairs were actually occupied is ridiculous. If you allow the roads to be blocked to ensure that those who were on their way to the venue could not get there in the first place, the taunt is not a taunt anymore. It is an outright lie which will diminish his credibility.

The BJP is convinced that unless its writ runs in the states, like it runs at the Centre, no real progress is possible. In short, it envisages an Opposition-free government in the country, which translates into one-party rule. This concept spells disaster for Indian democracy.