Punjab’s agri policy must be all-encompassing : The Tribune India

The policy must focus on sustainable agricultural development, rejuvenating soil health, crop diversification and water conservation. Ever-increasing cost of cultivation, declining net per-acre income and shrinking employment in agriculture are among the major issues. The solutions to these problems may not be found within the farm sector alone. It would require more value addition to the farm produce by way of processing and involving rural youth in a big way. 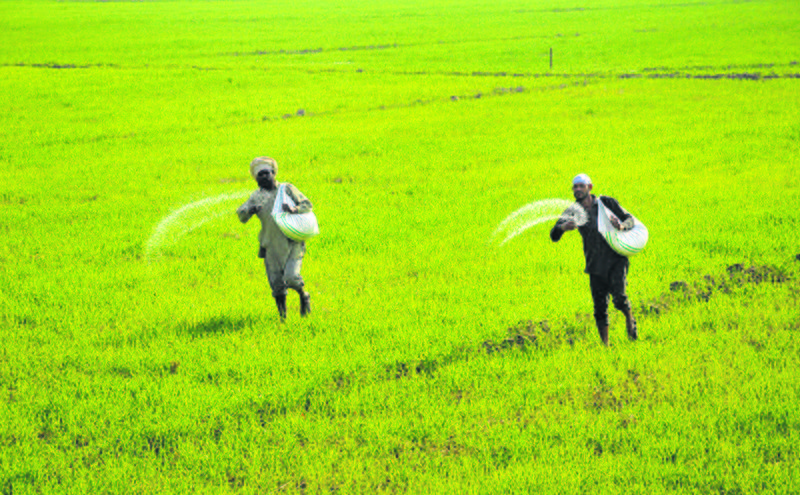 Overexploitation: The rampant use of chemical fertilisers, pesticides and weedicides has polluted Punjab’s air and water. PTI 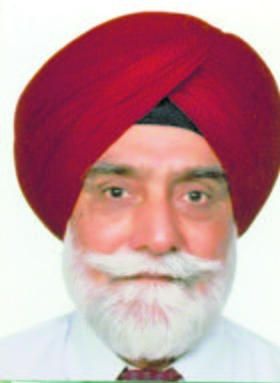 The Punjab Government’s decision to have a ‘new’ agriculture policy by March 31 is a welcome step as the state’s agriculture sector has been under great stress for long. As a matter of fact, it will be the first, rather than a ‘new’, agriculture policy since the advent of the Green Revolution and reorganisation of Punjab in 1966.

The Punjab State Farmers’ Commission had prepared two draft agriculture policies, one in 2013 and another in 2018, and submitted them to the government. I was part of the discussant groups of both drafts. Unfortunately, the then governments not even discussed those drafts, what to talk of finalising a policy. It showed the then governments’ callous attitude towards agriculture and, thereby, the state’s economy.

The ongoing crisis in agriculture and deceleration of Punjab’s economic growth can largely be attributed to the prolonged apathy of the powers that be. Let us hope that Punjab Chief Minister Bhagwant Mann keeps his promise and the agriculture policy sees the light of day. The constitution of a committee, and its composition, to formulate the agriculture policy is an indication that the government means business.

Since the terms of reference of the committee are not known yet, it is expected that the committee would come up with an all-encompassing agriculture policy having a clear thrust on sustainable agricultural development, benefitting all stakeholders, especially small farmers and agricultural labourers. The first and foremost task of the committee must be to diagnose various ailments, challenges and opportunities in the agriculture sector as a whole.

Punjab’s agriculture model, developed mainly to grow more food for teeming millions, has been a grand success and the country got rid of the problem of perpetual food shortage. In the process, Punjab overexploited its natural resources to the extent that its soil health and groundwater are exhausted. Overuse of chemical fertilisers, pesticides and weedicides have polluted its air and water. Thus, the policy must focus on sustainable agricultural development, rejuvenating soil health, crop diversification and water conservation.

Other serious concerns are the ever-increasing cost of cultivation, declining net per-acre income and shrinking employment in agriculture. The solutions to all these problems may not be found within the agriculture sector alone. It would require more value addition to the agricultural produce by way of processing and involving rural youth in a big way.

In other words, the foremost challenge is how to make agriculture cost-effective, environmentally sustainable and employment-oriented so that it not only increases the farmers’ income, but also benefits other stakeholders. The agriculture policy must be, thus, all-encompassing and intertwined with the industrial policy in particular and the macroeconomic policy in general as economic development of any region or state is organically interconnected.

The agriculture policy would also have to address the issues of rising debt burden on farmers and agricultural labourers and the increasing number of suicides by them. Crop diversification leading to the diversion of substantial area away from paddy so as to reduce excessive dependence on groundwater is another uphill task. It is an established fact that in the form of rice, Punjab has been virtually exporting its river waters and groundwater. Out of the total groundwater consumed in producing rice, around 82 per cent is used in producing Punjab’s contribution to the central pool.

Promoting organic farming may also be of some help. On crop diversification, the reports of Johl Committee-1 (1986) and Johl Committee-2 (2002) may still be relevant. Surface-water harnessing and conservation, along with deteriorating quality of water and waterlogging, also need serious attention.

Ever-increasing dependence on groundwater, mainly due to paddy, is not only heavily exploiting the aquifer layers, but also leading to greater consumption of electricity by way of increasing brake horsepower of motors. In the water sector, the biggest challenge is how to break the paddy-water-energy nexus.

During my recent visit to California, I witnessed a very long portion of a canal (many miles in length) having sunk into the ground due to excessive mining of groundwater by tubewells. I wish we may not face such a situation.

Incidentally, Punjab, so far, does not have any water policy. We must have one and it should be an integral part of the agriculture policy.

While moving towards crop diversification, one thing that must be kept in mind is that the farmers are assured at least as much per-acre income from alternative crops as they are getting from wheat-paddy crop rotation. That would require R&D in alternative crops and remunerative prices of those crops and incentive to farmers to shift to the alternative crop. Area planning and risk insurance would also be of great help.

Marketing of alternative crops would be another major challenge. In view of the changing consumption habits of the people and emerging issues under the World Trade Organisation regime, market intelligence in the agricultural sector should also be a part of the policy.

Management of paddy straw and residue of other crops, along with in-situ incorporation and ex-situ gainful usage, should also be the focus of the policy. Absorbing surplus workforce in agriculture would be another important area of concern. All this require a medium and long-term roadmap which, in turn, would require adequate public investment in the agriculture sector. There may be numerous other challenges which the committee may have to address.

In view of these challenges, the stipulated time period (up to March 31) for preparing and finalising any comprehensive agriculture policy and that too the first one may not be sufficient. Once finalised, the policy would have to be implemented in letter and spirit as even the best of policies fail for want of implementation, mainly owing to the lack of political and administrative will.