A year after Pulwama attack

In modern aerial warfare, perception is as important as the kills and destruction. There are lessons surely for the IAF and other military top leadership in the entire gamut of how a military operation is to be orchestrated. It is to be hoped that we would consider sharing, at least on a ‘need-to-know basis’, important lessons from this operation. We don’t have the luxury of time to learn from mistakes. 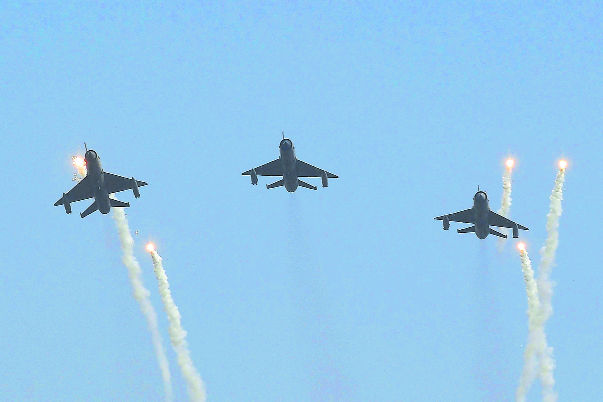 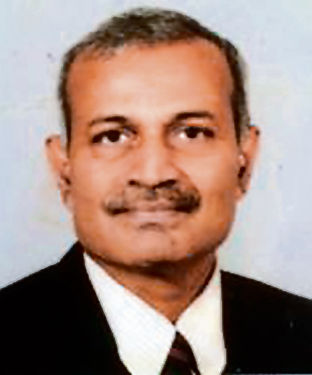 It is a year since two key bread-and-butter calls for the IAF — strike and air defence — were put on international display and appraisal after the Pulwama terror attack. The suicide bomber, Adil Dar, was like other new entrants into Kashmir militancy — educated, with a financially stable family background.

We need to address the social sanction given to violence and militancy in the Valley. Though stone-pelting incidents appear to have reduced, vulnerable youths need to be more closely monitored by the agencies and more efforts made to deradicalise and reorientate their impressionable minds. Local tactical intelligence-gathering, of course, needs to be revamped.

As for the military aspects of the Pulwama-Balakot aftermath, the Pakistan Air Force (PAF) reprisals on our Army formations at Mendhar need to be re-assessed to see why no ground-based weapon systems could be brought to bear on them. More so, when they were in a heightened state of readiness. Were there, as reported elsewhere, any issues on the MiG-21 Bison as regards radio-jamming interference, affecting effective control of interceptors by our fighter controllers or was that just a bogey? Was the performance of the Phalcon AWACS (airborne warning and control systems) and Netra AEWCS (airborne early warning and control system) aircraft as expected? Were any of the new low-level tactical radars of the IACCS (Integrated Air Command and Control System) or any Aerostat radar involved in these operations? Why did such a large PAF attacking force (24 by one account) escape with just a single casualty?

Several such questions abound about the whys and wherefores of the IAF aerial engagements. Sans any authentic declassified historical data so far from Air Head Quarters, our analysis would, perforce, have to be based on plausible logical explanations. From the statement of IAF Chief RK Bhadauria himself, we know that the IAF has accepted its tactical folly in the Mi-17 ‘ blue-on-blue’ incident.

What is still in the realm of conjecture, however, are the nitty-gritty of Wing Commander Abhinandan’s aerial engagement (if the mechanics of his kill on the F-16 are indeed true, why no attempt was made to turn his MiG-21 Bison towards friendly territory as his No. 2 apparently did, what actually crippled his plane etc.) and the modalities of the Mirage strike at Balakot (how many Spice bombs were released, from what ranges were they launched in fully autonomous modes, could any other formation members vouch for the accuracy of the launches?).

We still don’t know if Abhinandan was indeed shot down by a PAF fighter, as alleged, or by an enemy SAM or yet whether he encountered other issues such as running out of fuel and flaming out over enemy territory. These are things that sometimes happen in the ‘fog of war’, but would qualify to be called poor airmanship. Whatever be the reason for his downing, the need for turning a stricken fighter towards friendly territory and the need for a viable Combat Search and Rescue capability need not be over-emphasised.

Abhinandan was fortunate to have returned unscathed, more thanks to the happenstance of international pressure triggered by social media videos. More so, knowing our adversary’s penchant for shoddy treatment of its PoWs. Now that the IAF has more advanced and capable attack helicopters in its inventory such as the AH-64-E Apaches (with some other light- and medium-armed versions being indigenously made), these need to be utilised in conjunction with other fighter platforms and even C130-J gunship versions for CSAR (Combat Search and Rescue).

As for the Mirage strikes, we need to look at other imponderables, such as possible weapon failures or pilot errors in targeting, if indeed the Spice-hit accuracies are suspect as they appear to be.

Expensive sensitive aerial weapons, such as the Spice bombs, call for very stringent storage conditions in terms of air-conditioned facilities and periodic servicing and checks. Were these adequately available in the heat and dust of the Gwalior air base (from where the Mirages supposedly took off for the mission)? Any shortfall here would tell on the efficient functioning of the weapon system. Accurate flying and launch parameters are, of course, a given for these kind of missions and can only be ascertained by the pilots themselves or the senior supervisors in the strike formation.

We need to establish exactly why the Crystal Maze missile apparently refused to leave the launcher, denying the mission important BDA (Battle Damage Assessment) input through its TV guidance facility: Possibly, on account of flaws in pre-launch drill?

Then again, why did the Spice bombs apparently miss the intended target (possibly launched out of range, causing problems for the guidance system to work accurately)? The weather picture over the target area was well known, so the planners ought to have built in redundancies in obtaining BDA.

In modern aerial warfare, perception is as important as the kills and destruction. There are lessons surely for the IAF and other military top leadership in the entire gamut of how a military operation is to be orchestrated. For instance, would the IAF be content to carry on with its doctrinal triple-level prosecution of an air war strategy or should we be looking at a more dynamic top-down Air HQ-led orchestration of the air war, especially for high-profile counter-terror air operations? (As, indeed, our adversaries do — the PAF Chief runs the air war himself from his Air HQ. We, on the other hand, have a traditional command-heavy orchestration).

Extraneous factors such as national elections or other political considerations cannot be allowed to interfere with the planning and conduct of aerial or other military operations. Also, what was the tearing hurry to call off operations? India has traditionally balked at the timely release of its war histories.

It is to be hoped that we would consider sharing, at least on a ‘need-to-know basis’, important lessons from this operation which came our way two decades after the Kargil War. We do not have the luxury of time to learn from mistakes. Like they say, we cannot be in danger of being prepared for yesterday’s war, but have to get set for tomorrow’s, including the inevitable drone warfare to come. 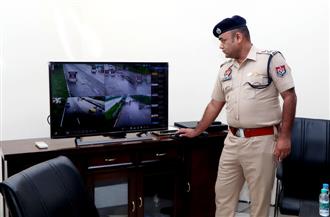