Quite the flop show : The Tribune India

Quite the flop show

At every level, the handling of Covid situation has been far from satisfactory 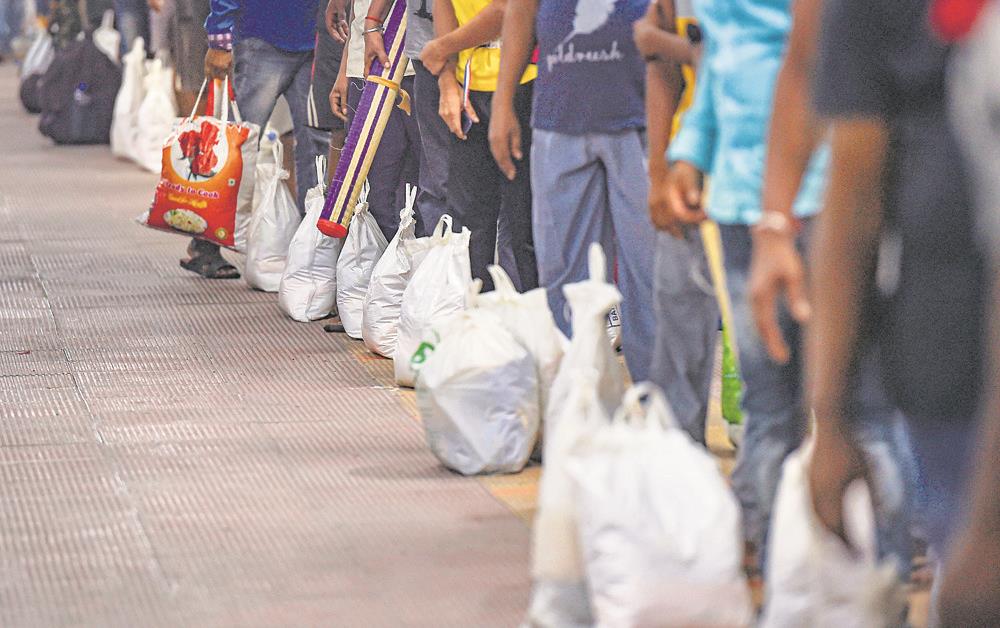 Don’t care enough: No one knows what the PM Cares Fund is doing, even as the people who it is meant for are suffering here and now.

The Covid-19 pandemic has been compared to war. But to go by the performance of our society, leaders and those responsible for its governance, we would cut a sorry figure, were we to, indeed, face the destruction and disruption of a modern high-intensity war. For millions of Indians, the country has regressed into the 18th century, with its attendant anarchy and deprivation. People have been reduced to penury, forced to march across the country on empty stomach, with wives and children in tow. The Centre has simply left the people to fend for themselves, much as the powerless Moghul emperor of the time.

Our politicians and bureaucracy have revealed that they have lost touch with the real India. When PM Modi struck fast and hard on

March 24 by declaring a shutdown, it was seen as another of his famous ‘masterstrokes’. A sudden decision, with little or no consultation, and aimed at inducing ‘shock and awe’.

On March 25, factories ground to a halt, crops were left to wither, leaving tens of millions who lived hand to mouth, wondering where their next meal would come from. Some were hundreds of kilometres away from home. No provision had been made to pay and feed them through this period.

Those who planned it did not consult the states, neither did they seek any feedback; that is not their style. It is only at the PM’s third meeting with the CMs a month and a half after the lockdown that all participants will get a chance to speak.

Going by the word of his NITI Aayog experts, Modi probably believed that a draconian lockdown would break the cycle of infection by mid-May and the PM then would have been seen as the saviour who had defeated Covid. Now, with the infection growth rate rising from 4.7 to 5.5 per cent, the problem has revealed a complexity that requires much more than the theatrics of ringing bells and lighting candles.

Officials advising the government overlooked the consequences of locking down the country with no notice. Confronted with harrowing scenes of migrants, they turned a blind eye to it: ‘As of 11 am this March 31st, no one is on the road. They have been taken to the nearest available shelter,’ Solicitor General Tushar Mehta grandiosely declared to the Supreme Court on behalf of the government.

Only when state governments started making plans to evacuate people that, a full month later, on May 1, the Centre agreed to let the Railways run trains for evacuation. Characteristically even this operation has been marked by chaos and incompetence, cash-strapped migrants, some who had sold even their mobile phones to survive, were asked to pay for the passage back home.

The bureaucracy’s functioning has been marked by confused and confusing directives. One called for the reopening of industries, but ensured that would not happen by warning that CEOs would be held responsible for any Covid infection. Another demanded written explanations from medical professionals who caught the infection.

And then, there was the idea of red, orange and green zones. The original idea depended on its timing. Had zoning been done at the outset, things may have been different. But by the time the Home Ministry bought the idea, three weeks late, the system had already crashed. The crowning tragi-comedy has the inability of state babus to manage the reopening of the liquor shops in an orderly way. The overwhelming impression of the working of the government under Covid is the pleasure the bureaucracy and the police seem to be deriving from governing by fear — on the anvil of the disease, they are able to hammer the people with the danda and the fatwa.

The government has so far refused to unbelt any money to deal with this mass misery. Even foodgrain from the 77 million tonne reserve has not been distributed, even though some of it is rotting. The $22 billion relief package in March was merely accelerated disbursement of expenditure planned for in the Budget. The additional expenditure of $12 billion, 0.4 per cent of the GDP, is among the lowest offered in the world.

No one knows what the PM Cares Fund is doing, even as the people who it is meant for are suffering here and now. In all likelihood, the government is waiting for that magic moment to deliver another masterstroke, but by that time it will be too late.

In the meantime, some black humour: UP and MP have abolished most labour laws to attract business from China. A region that rivals Chad and Congo for backwardness and has no infrastructure to speak of, is going to compete with Southeast Asia and Mexico?

Policy makers are thinking along established lines — control inflation, keep the fiscal deficit within a narrow range and investors will flock to India. But we’re already in a war and all the rules must be thrown out of the window. Hardworking people, who kept the economy going, have become beggars, refugees in their own land. Hundreds of thousands of businesses may never reopen. We are hurtling to a future which we can only faintly grasp. This is not a time to be taken in by your own slogans, nostrums and self-image.