G7 to set price cap from December 5, the cutoff date for EU’s import 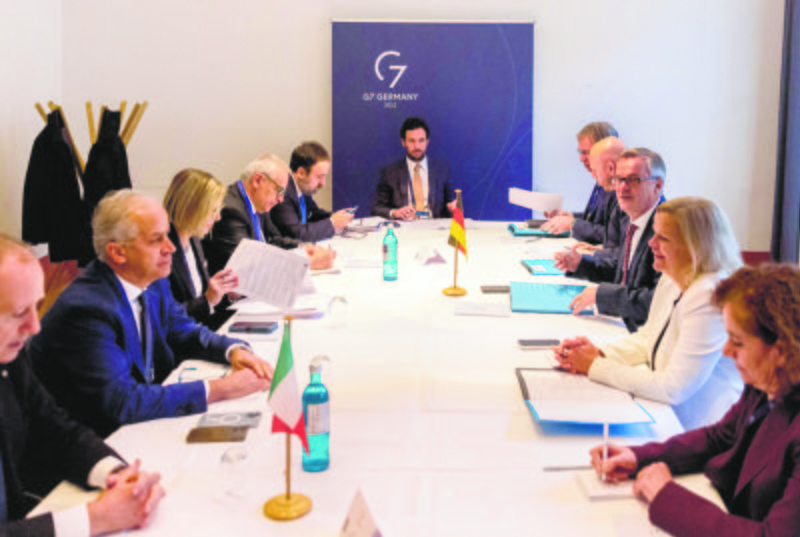 Hidden agenda: The G7 countries want to adjust the ceiling to the real selling price of Russian oil in the Asia-Pacific countries. Reuters 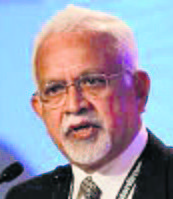 At the initiative of the United States, the G7 nations have agreed to set a fixed price cap on Russian oil from December 5, the cutoff date for the European Union’s (EU) import of Russian oil. The price cap is a novel approach. Energy sanctions generally target export volumes but this plan would instead cut prices. Crucially, the G7 also bans EU companies from providing shipping insurance, brokering services, or financing for oil exports from Russia to third countries.

The level of the cap is to be announced, but Bloomberg reported last Wednesday that the G7 is expected to settle on a figure from within the $65-$70 range. This is intriguing since it will be a level rather generous to Moscow, well above its cost of production, which is estimated to be less than $10 per barrel.

Russian oil currently trades at a significant discount compared to Brent — around $65 per barrel — and if the G7 price cap is going to be set at a similar level, it wouldn’t do much harm to Russia. The US and its European allies made such a fuss about India’s purchase of Russian oil, but only to veer around to possibly adopting roughly the same price at which India is purchasing as their ceiling. What a delightful irony!

India enjoys considerable discounts for Russian crude and can purchase as much as it likes from its ‘time-tested friend’. From a marginal presence in the Indian market before the Ukraine war began, Russia figured as the top supplier in October. According to Russia’s Ministry of Finance, the average price of Urals (Russian blend) in October was $70.6 per barrel, while the average price of Brent was $93.3 — ie., the average discount of Russian oil to Brent was about $22.7 (or 24%). Now, with Brent trading at around $85 a barrel last Wednesday, that would imply a price of $50-$60 a barrel of Urals, which is below the cap under discussion by the EU!

Interestingly, the latest US treasury guidance published last Tuesday says the cap will be placed on what are known as Free on Board (FoB) prices, which do not include the cost of insurance and shipping. (FoB would be the price that the crude would be sold if a buyer picked it up from a Russian terminal.) Indian refiners typically pay for crude to be delivered to them and that price includes insurance and freight. That is, India is paying $15-$20 a barrel below Brent for delivered Urals crude.

The G7’s price-cap calculus was always rather ambiguous — ostensibly aimed at trimming Russia’s oil revenue, but also making sure Russian oil kept flowing. In effect, the reported G7 price cap may be actually softening the impact of the impending EU sanctions on Russian oil. Indeed, that could be the hidden agenda.

The oil market is full of clever, rapacious people who are virtuosos in bending or breaking rules. If a price cap is imposed, economic theory will collide with the messy reality of the market. Steven Mnuchin, the former US Treasury Secretary, said recently that the plan by the G7 countries to impose a price cap on Russian oil was ‘not only not feasible, I think it’s the most ridiculous idea I’ve ever heard.’ Mnuchin added that ‘the market is going to set the price.’

Russia has warned of consequences. Trust the Kremlin to make the G7 a laughing stock if these westerners are indeed bent upon their professed intent to control Russia’s national income. Since demand for cheaper Russian oil will outstrip supply, the price cap will create multiple prices: the global crude price, the capped price, and a shadow price that would settle somewhere between the two. That will open flood gates for traders and middlemen.

Monitoring and enforcement will be challenging. Ship-to-ship transfers, illicit tanker trade, crude blending, etc., will proliferate. Besides, if the price of Russian brands with a discount exceeds the likely G7 price ceiling, alternative carriers and insurers in the regions outside the EU will be found. The local non-EU tanker fleet will have insurance from state reinsurance companies, too. Since the G7 price cap does not include transportation and insurance costs, all that may eventually increase the export of Russian oil. Thus, the end result would be the loss of lucrative business for London as the world’s leading centre for maritime insurance services, including P&I — and for Greek shipping companies. Will G7 trigger such a calamity?

The bottom line is that although the G7 is trying to sell the price cap plan to the world audience as an anti-Russian masterstroke, the hidden agenda is something else: to adjust the ceiling to the real selling price of Russian oil in the Asia-Pacific countries — which is now just approaching $70 — by building the system in such a way that it would be beneficial for Russia to join it.

Optics apart, by imposing a ceiling on Russian oil prices, the West in reality seeks to gain access to Russia’s domestic hydrocarbons on equal terms with Asian buyers. If the flow of Russian raw materials continues to go mainly to Asia — China and India principally — this region will gain competitive advantages in the global economic struggle.

The big picture is that Russia is, after all, not facing defeat in Ukraine, and Europe will need Russian oil in future. In fact, G7 has exempted a number of European countries and Japan from the December 5 embargo on Russian oil. The sound of muffled laughter can be heard filtering through the walls of Shastri Bhawan and North Block on the ceremonial boulevard of the Indian Government in Delhi.