Rajapaksas do it again

As their party sweeps the Sri Lankan polls, India needs to take stock of relations 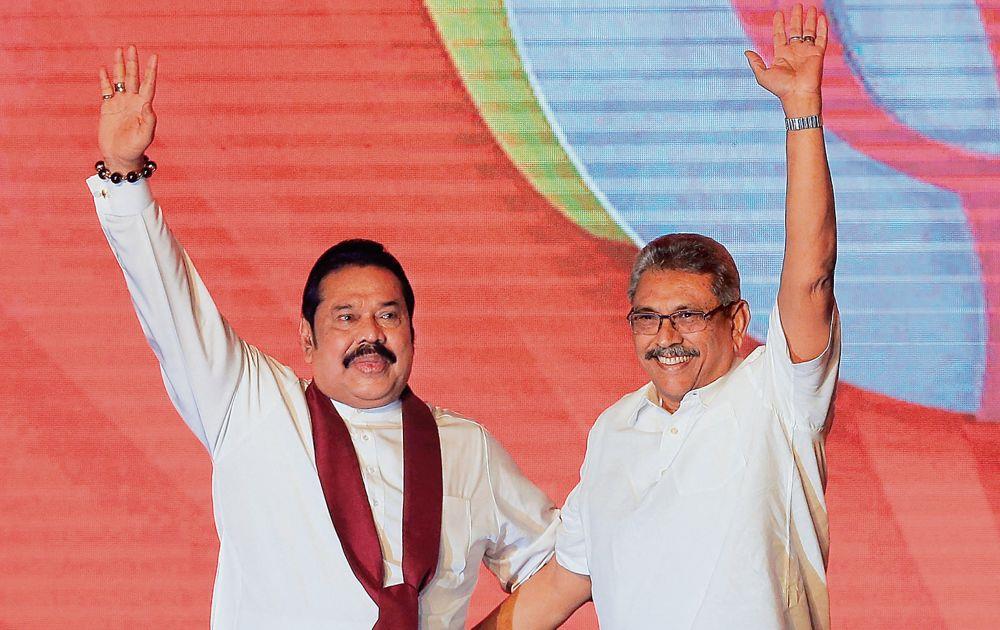 While the focus of media attention in India was predictably on who would win the recent parliamentary elections in Sri Lanka, few people noted some of the unique achievements of Sri Lankan democracy during the elections. Its unique facets were lauded by India’s former Chief Election Commissioner SY Quraishi. The challenges Sri Lanka’s election commission and government faced for ensuring smooth and peaceful elections in 196 parliamentary constituencies, amidst the pandemic, were daunting. There was meticulous rehearsing, involving strict limitations on the attendance in meetings, wearing of masks and gloves, use of sanitisers, and distancing. Liberal provisions were also made for postal ballots. There was a remarkable turnout of 71% and it was substantial in the Tamil-dominated Northern Province. What has also been lauded is the meticulous and disciplined manner in which Sri Lanka has handled the challenges of the pandemic, with just 11 deaths from among about 2,900 confirmed cases.

Not surprisingly, the Sri Lanka Podujana Peramuna Party, led by the Rajapaksa brothers, PM Mahinda Rajapaksa and his younger brother, President Gotabaya Rajapaksa, swept the polls, winning 145 of the 225 seats. The opposition United National Party (UNP), which has ruled for a number of years after independence in 1948, was virtually wiped out, winning just one seat. This debacle has been attributed to the ‘lacklustre’ leadership of former PM Ranil Wickremesinghe. Sajith Premadasa, son of former President Ranasinghe Premadasa, who quit the UNP and formed his own party, led an imaginative and aggressive campaign, winning 54 seats and emerging as the leader of the opposition.

India has, in recent years, kept away from internal developments in Sri Lanka. PM Modi has maintained a cordial relationship with the Rajapaksa brothers and the SLFP. Avoiding the mistakes of the past, when India was often seen as being politically partisan, Indian High Commissioners have reached out to a wide cross-section of leaders and parties in Sri Lanka. The bloodletting in the ethnic conflict took the lives of around a lakh civilians (Tamil and Sinhala) and 27,000 LTTE cadres. As many as 1,500 Indian soldiers of the IPKF also laid down their lives earlier in the conflict, when they were compelled to act against the LTTE. Former PM Rajiv Gandhi was assassinated in 1991 by the LTTE; and LTTE leader Prabhakaran was killed by the Sri Lankan army in 2009. New Delhi has since poured in huge assistance for relief, rehabilitation and development of Lankan Tamils.

While India chose to develop a friendly relationship with the Sri Lankan government after the conflict ended, western governments led by the US and UK imposed economic sanctions and sought to get President Rajapaksa and others tried for alleged war crimes. The normally pro-western Sri Lankans turned against the West and moved to an ambitious and expansionist China. Appearing ready to open its purse strings and pour out so-called ‘assistance’, China led Sri Lanka into a debt trap. This is a situation which many countries in Asia and Africa, ranging from Pakistan and Sri Lanka to Ethiopia, Tanzania and Kenya, now face. The choices these countries confront are difficult, especially as western bilateral and multilateral aid from organisations like the World Bank is determined increasingly by geopolitical considerations. Sri Lanka also faces a similar dilemma, arising largely from ill-advised American and European actions, of imposing sanctions.

China has benefited by rushing in with its ‘debt trap’ diplomacy, through generous offers of assistance for infrastructure projects. Beijing has provided $7 billion assistance for projects, including construction of the Hambantota Port. Such assistance has also been forthcoming from China for projects like the development of the Colombo Port, whose earnings are derived primarily from shipments of goods to India. What have been surprising are Sri Lankan reservations in agreeing to Indian and Japanese assistance for expansion of the Colombo harbour facilities. This unfortunately leads to impressions in India that the resistance to partnering with India and Japan arises from Chinese pressures. This raises eyebrows in India about the impact of Chinese pressures on Sri Lanka. There have periodically been occasions when Chinese naval vessels and submarines have berthed in Colombo.

The elections saw a substantial turnout in the Tamil-dominated northern and eastern provinces. It is best for Sri Lanka to work out its own solutions to its peoples’ concerns in these provinces. India is now focused to providing assistance to the Indian Tamils, whose ancestors reached Sri Lanka during colonial rule to work on plantations. Modi has reached out personally to both Mahinda and Gotabaya Rajapaksa. New Delhi would be well advised to consult closely with the US and its allies to open their doors for assistance to Sri Lanka bilaterally, and through institutions like the World Bank and Asian Development Bank. Relations with Sri Lanka should be a part of the overall Indian Ocean strategy of the ‘Quad’.

The most abiding factor influencing the sentiments of the majority Sinhala population in Sri Lanka that links them to India is the Buddhist faith. The intelligence inputs that India provided to Sri Lanka about an impending terrorist attack by the ISIS on Sri Lanka’s Buddhist shrines and population last year were a manifestation of India’s commitment to the welfare of the people of Sri Lanka. India has settled its maritime boundary disputes with all its neighbours, except Pakistan. China has boundary disputes with virtually all its neighbours. It has not hesitated to use force to enforce its claims. Chinese assertiveness has an interesting history. In voyages across the Indian Ocean between 1405 and 1433, China’s marauding Admiral Zheng He abducted Sri Lankan king Vira Alakeswara and took the holy tooth relic of Lord Buddha. The relic was returned by China after over five centuries.