Rebuild agriculture to make it future-ready

With Green Revolution having outlived its utility, it’s time to move to the next stage. The 75th anniversary of Independence provides an excellent opportunity to rethink and redesign the road map. This will call for moving away from the economic thought that has always relied on sacrificing agriculture for the sake of industry. The focus has to be on making the village the hub of hopes & aspirations. 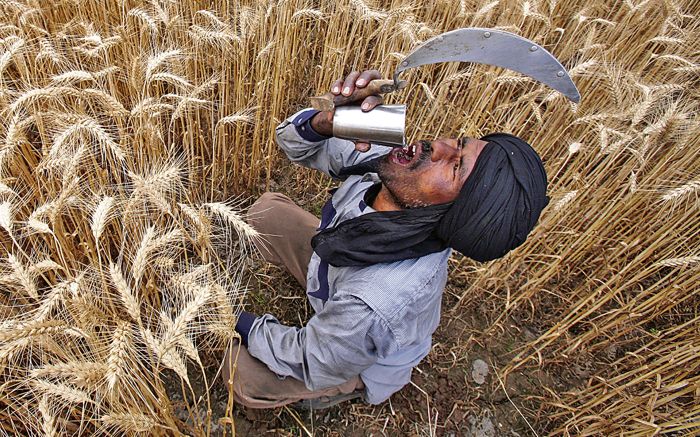 Challenge: There is a dire need to shift to climate-resilient agriculture. Reuters 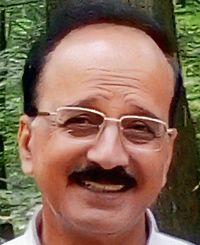 GIVEN the spectacular role Indian farmers have played in pulling the country out of the ‘ship-to-mouth’ existence and turning it into a food-surplus nation, agriculture has emerged as the brightest star of the Indian economy. Whether we would like to publicly acknowledge it or not, a vibrant agriculture had laid out a strong foundation for economic growth.

As India celebrates 75 years of Independence, it is time to recognise that the pathway to attain a glorious future in the next 25 years passes through agriculture. With the right kind of policy mix and a renewed cycle of public sector investments, aimed more at farmers’ welfare and protecting the environment, agriculture alone has the potential to reboot the economy, sustain millions of livelihoods, and in the process emerge as a powerhouse of economic growth. More so, at a time when the Inter-governmental Panel on Climate Change has begun to question the GDP-based growth model, rebuilding sustainable agriculture will hold the key to India’s development story.

From the time when Jawaharlal Nehru, speaking from the ramparts of the Red Fort on August 15, 1955, had said, “It is very humiliating for any country to import food. So everything else can wait, but not agriculture,” India has come a long way by attaining food self-sufficiency and leaving the painful history of repeated famines and starvations in the past. Subsequently, Nehru’s successor, Lal Bahadur Shastri, faced the humiliation that comes along with food imports. Calling the American war in Vietnam as ‘an act of aggression’ Shastri had annoyed the then US President Lyndon Johnson. Food imports into India under the PL-480 scheme were thereby reduced to a trickle, necessitating the Prime Minister to urge fellow Indians to fast once a week.

During that period, the Paddock brothers’ book Famine 1975! had written off India and predicted that millions would starve to death in the years to come. That was the period when India earned the epitaph ‘ship-to-mouth’ existence when food would come directly from the ship to the hungry mouths. Anyway, what the authors, popularly referred to as the prophets of doom, had failed to visualise was the potential of India to rebound on the food front, and usher in food self-sufficiency in the next few years.

When the then PM Indira Gandhi allowed the import of 18,000 tonnes of miracle dwarf wheat varieties in 1966, the seeds of the Green Revolution were effectively sown. With the scientific research and development infrastructure already laid out by Nehru when he had set up the first agricultural university at Pantnagar, followed by Punjab Agricultural University at Ludhiana, which along with the Indian Agricultural Research Institute, New Delhi, eventually helped adapt the dwarf wheat varieties to the Indian conditions. The seeds were distributed to farmers in 5-kg packs; and the over-enthusiastic Punjab farmers turned the tables, achieving a record harvest in the first year.

The success in wheat was followed in rice, and subsequently production jumped in crops like cotton, sugarcane, and fruits and vegetables. India now produces close to 315 million tonnes of foodgrains and 325 million tonnes of fruits and vegetables. From standing with a begging bowl, the long strides India had taken to first move to food self-sufficiency and finally emerging as a net agricultural exporter is a saga of valour, scientific acumen and the right kind of public policies. This included the two planks of a ‘famine-avoidance’ strategy — providing farmers with the Minimum Support Price (MSP) to act as an incentive, and setting up of the Food Corporation of India (FCI) to mop up the huge market arrivals, and distribute the grain surplus in the deficit areas through a network of public distribution outlets.

Prior to the advent of the Green Revolution (a term coined later by William Gaud), Shastri had laid the foundation of a milk revolution when he launched the cooperative movement to increase the production of supply of milk. Called popularly as the White Revolution, it is considered to be the world’s most successful rural development programme. The dairy cooperatives have turned India into the world’s largest producer of milk, with production crossing 204 million tonnes. The combination of the White Revolution with the achievements of the Green Revolution transformed the face of India’s villages; dairy farming has come to be regarded as the saviour of the farming community reeling under acute distress.

Farmers have been producing a record harvest every year, but year after year, their incomes remain frozen or are on the decline.

Although the latest report of the Situation Assessment Survey for Agricultural Households, 2019 (pertains to a period before the lockdown) points to an average farm income of

Rs 10,286 (including income from non-farm activities) per month, the massive reverse migration that India witnessed after the lockdown was imposed clearly shows that the immediate need is to make agriculture more profitable and economically viable. At a time when the world is faced with jobless growth, with increased pace of automation taking away jobs at a fast pace, reviving agriculture remains the only option to absorb the large workforce. This will drastically reduce the employment pressure on the cities.

With the Green Revolution having outlived its utility, it is time to move to the next stage. The 75th anniversary of Independence provides an excellent opportunity to rethink and redesign the future road map. This will call for a radical shift in the dominant economic thinking, moving away from the economic thought that has always relied on sacrificing agriculture for the sake of industry. It hasn’t worked, leading to massive inequality. The focus now has to revert back to rebuilding agriculture, making village the hub of hopes and aspirations of the future. Providing guaranteed income to farmers and shifting to climate-resilient agriculture calls for a transformation of the food systems that goes beyond the usual.

Agriculture leads to atmanirbharta and is the way to achieve the Prime Minister’s vision of Sabka Saath, Sabka Vikas. This is the way to a new and assertive India.