Run-of-the-river dams have worked to the disadvantage of both countries. For India, hydel power projects based on the run-of-the-river dams are not cost-effective. Moreover, there is the problem of silting of the dams. The thaw in Indo-Pak ties must be carried forward by changing the clause pertaining to the type of dams that can be built. Such an amendment to the treaty will benefit Pakistan too. 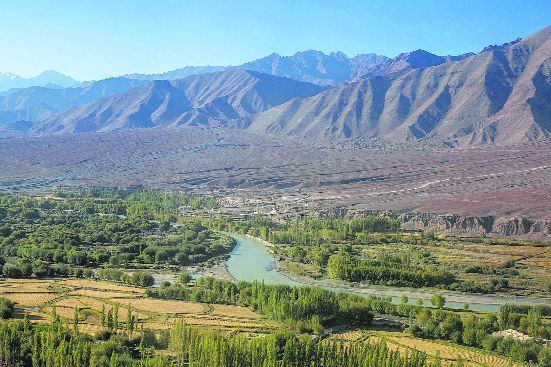 devil in detail: Pakistan got inserted in the treaty the clause that the dams to be built by India on the three western rivers could be of the run-of-the-river type only. PTI 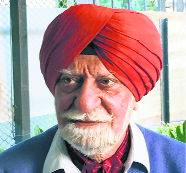 The Indus Commissioners of India and Pakistan met in New Delhi on March 23-24. The main issue for discussion was the designs of the upcoming hydel projects on the tributaries of the Chenab river.

The Indus Water Treaty was signed by Pakistan and India at Karachi in 1960, with the World Bank being the third-party guarantor. India, being the upper riparian country to all six rivers (Indus, Jhelum, Chenab, Ravi, Beas and Sutlej), had the first right over the waters of these rivers. Yet, India gave to Pakistan, through this treaty, more than its due share of the waters (more than 80 per cent) of the six rivers. In addition, Pakistan got the waters of four Indian nullahs that join the Ravi. Through this largesse, India hoped to secure lasting peace with Pakistan.

Even if one was to overlook the fact that India is the upper riparian country, basing the allocation on the Indus river basin area of the two countries, the division should have been 65 per cent of the waters to Pakistan and 35 per cent to India.

India’s munificence did not end there. Canals which originated from India and carried waters to Pakistan’s fields were allowed to continue for the next 10 years, by which time Pakistan was expected to create a new set of headworks and canals as replacement of those flowing from India. India also provided funds to Pakistan for these new canals.

To take further, and somewhat mistaken, advantage, Pakistan was able to insert the devil in the details of the treaty, which it figured would work in its favour. Though the treaty allocates the waters of the three western rivers to irrigate 1.3 million acres of Indian land (in J-K), action to implement this has come under objection by Pakistan. Thus, vast tracts of virgin lands in various valleys in the Ladakh region could not be irrigated.

Pakistan was able to insert in the treaty the clause that the design of the dams to be built by India on the three western rivers could only be the ‘run of the river’ type. However, it has come to play a negative role for Pakistan. This restriction on the type of dams was, perhaps, due to apprehension that India may, in the event of a conflict, flood Pakistan.

Further, even in the construction of various run-of-the-river dams, such as Sallal, Uri, Dul Hasti, Baglihar and Neelam, Pakistan, along with the World Bank, has been creating impediments and consequent inordinate delays in their completion. In the case of the Sallal dam on the Chenab near Ryasi, which was originally built as a storage dam, it had to be converted, on Pakistan’s insistence, into a run-of-the river configuration dam.

These run-of-the-river dams have worked to the disadvantage of both countries, more so for Pakistan. For India, hydel power projects based on the run-of-the-river dams cannot fully exploit the flow of the water because during the rainy season, the flow is more but much less in the dry season, resulting in lesser number of turbines operating during the dry period. So, such dams are not cost-effective. There is also the problem of silting of the dams.

For Pakistan, the disadvantage from such dams is greater because it cannot store excess water of these rivers during the rainy season and, consequently, it flows into the Arabian Sea. As a result, much less water is available during the dry season and Pakistan is highly water-stressed. In addition, fertile soil and nutrients which the waters from storage dams carry downstream are arrested in the run-of-the-river dams.

On its part, India has tried to meet this shortage of water for irrigation by recklessly sanctioning tubewells and providing free electricity to them, which has resulted in the groundwater going down to dangerous levels. India has also failed to fully utilise the waters of the three eastern rivers (Ravi, Beas and Sutlej), more so of the Ravi, due to the delay in the construction of the Shahpur Kandi barrage and stopping of leakage due to poor maintenance of sluice gates at the headworks on these rivers.

In the Ladakh region and at some locations in Himachal Pradesh, where the water current in various rivers/tributaries is very fast, it is possible to make channels and lower turbines into these waters (similar to Persian wheels working in the reverse order and with suitably designed blades). By such improvisations, electricity on a small scale can be produced for local use at remote places. A system to lift and lower turbines can be worked out, depending on changes in the water levels in these rivers.

The current thaw in the strained relations between India and Pakistan needs to be carried forward by changing the clause pertaining to the type of dams that can be built on the three western rivers. Such an amendment to the treaty will be of advantage to Pakistan in four ways.

First, wasteful flow of water into the sea during the rainy season would be reduced. Secondly, the flow of water would be regulated throughout the year for irrigation. Thirdly, abundant electricity generated from hydel projects in J-K and HP (based on storage dams) can be made available to Pakistan at concessional rates. Fourthly, soil nutrients, which otherwise get arrested at the run-of-the-river dams, would flow downstream to fertilise Pakistan’s fields.

In any case, the two dams — 850 MW and 3,800 MW — are on the tributaries of the Chenab and not on the main river and, as such, fall outside the purview of the Indus Water Treaty.

Equally, it should accept that some of the waters of the Chenab (Chandra Bhaga, as it is known in Lahaul-Spiti) be diverted into the Beas and, in lieu, some water from the Ravi can be made available to Pakistan to irrigate fields in the Kartarpur Sahib and Lahore regions. Water to this end can be released from the Madhopur headworks and, in exchange, waters of the Chenab can be diverted into the Beas. The height of the dam on the Neelam river, where its waters have been diverted to the Wular lake, can be adjusted so that downstream fields, earlier watered by this river, continue to receive the required quantity of water.

It is time for the two countries to tread the path of goodwill, friendship, and prosperity. It is an appropriate time to carry forward the spirit of goodwill projected by both the PM and the Army Chief of Pakistan.