Soldiering is a calling. It epitomises three cardinal principles of the oath: one, a soldier signs an unlimited liability contract; two, a runners-up position is unacceptable; and three, unity in diversity is non-negotiable. It is in pursuance of these principles that he delivers. In Kargil, as always, our soldiers upheld every part of the contract. 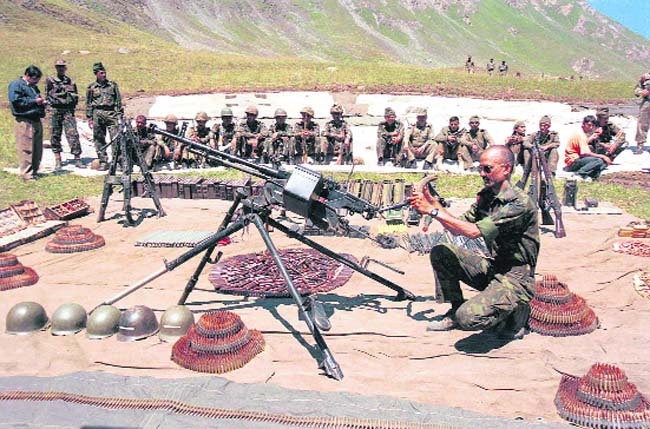 ALL GUNS BLAZING: While celebrating our success in Kargil, it’s time to pay homage to the men who laid down their lives. File photo 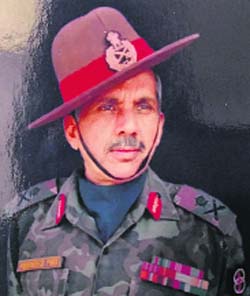 IT’S been 22 years since Pakistan’s perfidious intrusions in the Kargil sector brought the country to the brink of war. This article is not about why and how Pakistan stabbed us in the back and totally surprised the polity and the military, but it is a tribute to the young officers and men of 8 Mountain Division, which I had the honour and privilege to command.

Many of them made the ultimate sacrifice, displaying unique courage and bravery which many a time went beyond the call of military duty. As I reminisce these past years, I think of some of the officers, who perhaps today would have been commanding brigades, and similarly the young soldiers who would have risen in rank in their respective cadres. But the legacy they have left behind is far richer and will outlive any rank which they would have attained in uniform.

Kargil was a call to arms which witnessed some of the most intense battles fought at altitudes ranging from 14,000-18,000 ft, in one of the world’s most inhospitable terrain and under adverse weather conditions. The one lasting impression left embedded in my mind is the unique quality of the soldier of the Indian Army. For a minute, imagine him waiting for the order to advance to capture an enemy post in inhospitable terrain, with heavy snow, temperatures at minus 30°C, and observe enemy artillery targeting his detachment. With one command from his leader, he moves with his comrades for the final assault without a second thought on whether he will return to see his family, his expectant wife, children or ageing parents. He overcomes these emotions with a high sense of duty, courage, determination and unflinching loyalty to his unit, the Army and the country. Many of the sacrifices by these young men have become a part of our folklore, and must be narrated to keep their memories alive and as a source of inspiration for the youth of today.

Soldiering is a calling. It epitomises three cardinal principles of the oath: one, a soldier signs an unlimited liability contract; two, a runners-up position is unacceptable; and three, unity in diversity is non-negotiable. It is in pursuance of these principles that he delivers. Steep cliffs, high mountains, weather, ice and snow, the restrictions on evicting the intruders from own side of the demarcated line, and the disadvantage of assaulting uphill against an entrenched enemy, are for him par for the course. ‘Naam, Namak and Nishan’ is his creed, nothing less will satisfy him. In Kargil, as always, our soldiers upheld every part of the contract. This is what makes our soldiers the cynosure of all eyes. Woe betide any adversary who casts an evil eye. Young India displayed its might. The world still wonders. Our soldiers picked up the gauntlet, and delivered. This is the saga of inspiration for Young India and our folklore for the years and decades ahead.

Every successful attack had a story of ferocity in execution and the glory it brought to the regiment, the Army and the nation. Some of our young officers and men who went into battle fought tenaciously, and many returned draped in the national flag. They were us, from every walk of life, from every part of our motherland. Unity in diversity! They had fire in their belly, and they scripted history.

Take the story of Capt Vijayant Thapar, a fresher from the Indian Military Academy, for whom honour, duty and upholding the family values and traditions were of utmost importance. Before going in for an attack on one of the most formidable features held by the enemy, Vijayant told his men that “if I turn back, shoot me, and I will shoot anyone who turns back.” This was the level of motivation of this young officer, who on hearing that his company commander had been killed, assumed command, and though the sub-unit captured their objective, Vijayant was hit by machine gun fire while leading his men to victory. He was posthumously awarded the Vir Chakra.

The 1999 Kargil war is replete with stories of valour and bravery. Capt Anuj Nayyar was part of his battalion’s attack on a tactically important feature. Anuj’s company commander was injured, and the command devolved on his young shoulders. As the sub-unit advanced under heavy enemy artillery and mortar fire, Anuj moved forward and destroyed the first bunker with a rocket launcher and grenades. Still under heavy fire, he led his men to destroy two more bunkers. The company then began its assault on the last remaining bunker, but while clearing it, an enemy grenade directly hit Anuj, killing him instantly. Anuj was posthumously awarded the Mahavir Chakra.

The 50-day war vindicated the training, motivation, esprit de corps and camaraderie of the Army and since it brought the battles and its aftermath to our living rooms, it created euphoria of a rare kind. Corpses of the brave dead were cremated with honour in every nook and corner of India, representing the might and strength of every citizen.

The 8 Mountain Division won three Param Vir Chakras, the nation’s highest gallantry award. Capt Vikram Batra, Honorary Lieutenant Yogendra Yadav and Subedar Major Sanjay Kumar were the recipients of this coveted award. While Vikram was awarded the PVC posthumously, the other two are serving and living legends at our training institutes, motivating the future generation to achieve glorious heights.

Vikram Batra was a small-town boy from Palampur, who while in college was highly motivated to join the Army. He was commissioned into his battalion and soon thereafter, sent to the icy heights of Dras to throw back Pak intruders. Besides being renowned for his courage, he is also remembered for the success signal, Yeh Dil Maange More, which he conveyed to his commanding officer on successfully accomplishing his task.

In the second attack which was to follow a fortnight or so later, Vikram displayed his qualities of leadership in leading his sub-unit to capture a tactically dominating feature in the face of heavy enemy fire disregarding his personal safety. Despite sustaining severe injuries, he continued to lead and later succumbed to his injuries.

In the same unit as Vikram and in the same battalion attack, then Rifleman Sanjay Kumar displayed rare courage for a young soldier when he singularly charged the enemy fortification and though severely injured, continued to engage the enemy to assist his sub-unit to overcome the opposition. The third recipient, Grenadier Yogendra Singh Yadav, also a greenhorn, was involved in an attack in which he sustained seven bullet injuries; but he pressed on and succeeded in killing four enemy soldiers in close combat. He refused to be evacuated till the objective was captured.

This story would be incomplete if I don’t mention the families of martyrs who having lost their loved ones, continue to live life with pride and dignity. One such lady is the wife of a martyred soldier, Naik Bachan Singh, who was killed during the early stages of the war. Displaying immense courage and fortitude, his wife, Kamlesh Bala, educated her twin sons to the best of her ability and today, one of her sons, Capt Hitesh Kumar, is a commissioned officer in his father’s battalion.

Today when we celebrate the hard-won victory with joy and ecstasy, we need to take time to pay our homage to the 527 officers and men who made the ultimate sacrifice. Today is also the time for the millenials to draw inspiration that Incredible India is also Invincible India.