The broadening of the conceptual framework of the CBM with regard to the movement of civilians is required. All those with a familial connection with J&K in India or Pakistan should be allowed to travel to visit their ancestral places. In this connection, it is important to open the logistically easier old Suchetgarh (Jammu)-Sialkot (Pakistan’s Punjab) route that will benefit the bulk of families who left J&K in 1947 for Pakistan’s Punjab. 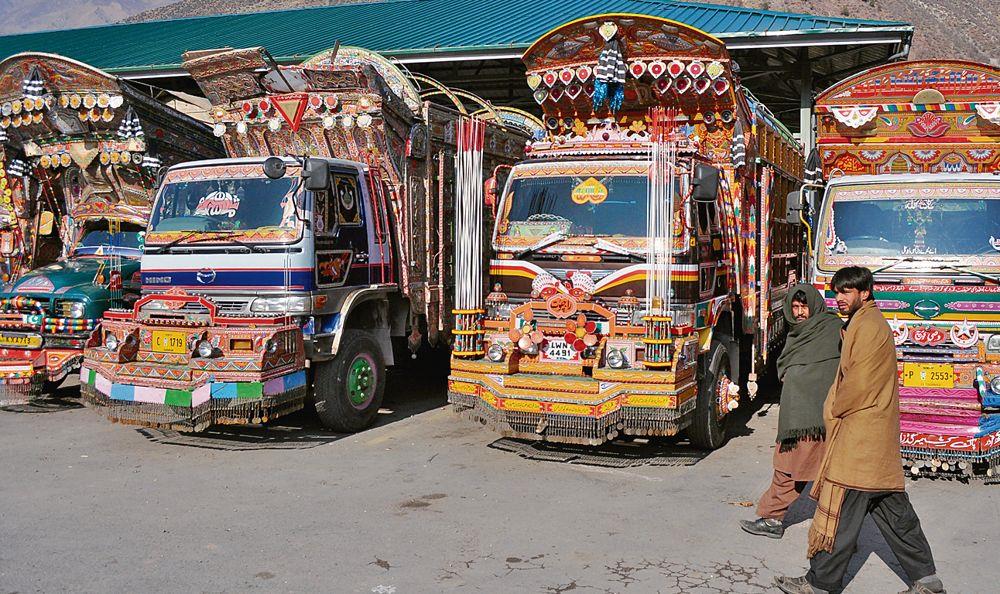 Bridging the border: The movement of civilians across the Line of Control, which is restricted to the divided families, needs an introspection. Tribune photo

There are indications that India and Pakistan may revive the old peace process which in the past got derailed due to domestic political impediments in either countries or got jolted due to the 2008 Mumbai attack or the 2019 Pulwama attack. At the core of the previous peace process were the J&K-related confidence building measures (CBMs) agreed by India and Pakistan, namely, the 2005-initiated cross-LoC movement of civilians and cross-LoC trade which started in 2008.

From a broader lens, these ideas are anchored in the discipline of conflict resolution that seeks to create an enabling environment for peace between the two nuclear armed rivals. Each conflict has its own context and the failure of context-specific design defeats the application of a general normative approach. Not too different had been the fate of these two CBMs as they had reached their potential and had become inadequate to influencing the larger India-Pakistan relations. In this connection, the inadequacy of both CBMs needs to be unpacked and suitably amended.

First of all, expectations from cross-LoC trade to influencing the India-Pakistan relations should be scaled back. Between 2008 and 2019, $103-million worth of trade was reportedly recorded along the two LoC points earmarked for trade. The rationale for cross-LoC trade is to build economic stakes for peace on both sides.

At first go, it was not hard to find out the reasons for limited potential of this CBM. Pakistan-controlled Jammu and Kashmir, which is nearly one-third in population as compared to J&K, lacks an agricultural base on account of the hilly topography and has a nascent industrial base. The region is primarily a remittance economy as over 70 per cent of British Pakistanis have a direct or indirect connection with the Pothwari-speaking Pakistan-controlled Jammu and Kashmir, particularly Mirpur, or the adjoining linguistically akin areas like Rawalpindi, Jhelum or the Gujarat areas of Pakistani Punjab.

From J&K, which too lacks an industrial base, the goods traded are the traditional Kashmiri ones such as carpet rugs, handicrafts, papier-mache etc and basmati rice from the plains of RS Pura that borders Sialkot district of Pakistan.

Many of the 21 items listed for the cross-LoC trade, including bananas, tamarind, red chili, cumin and pistachio, are not grown or grown limitedly on either side of the LoC. Ironically, these goods were coming from the rest of India or Pakistan and traded along the LoC. Traders exploited the advantage of zero duty in contrast to restrictive and high tariff trade between India and Pakistan along Wagah.

A 2017 World Bank report — Glass Half Full — had noted that the trade between India and Pakistan annually was worth $2117 million. The report argued that there is a potential of India-Pakistan trade becoming of $36,915 million. Much of the India-Pakistan trade takes place via third countries like Singapore and the UAE. A greater concerted effort should be made for the larger India-Pakistan trade reality rather than trying to focus on cross-LoC trade as its potential to create huge economic stakes for peace is limited.

Coming to the CBM of cross-LoC movement of civilians, which is restricted to divided families, there is again a need for introspection. The third and fourth generation descendants of Hindus and Sikhs, who had come from Pakistan-controlled Jammu Kashmir and are now living in Jammu and other parts of India, don’t fulfill the criterion of cross-LoC movement. Nearly cent per cent migration of this group took place in 1947.

In the Kashmir Valley, the divided families are few as culturally and ethnically, the Valley had remained intact with India in 1947. That is why the number of passengers along the Uri-Muzaffarabad route has remained a trickle in the 14 years of its operation. Actually, in J&K, the bulk of divided families live in sparsely populated hilly Rajouri-Poonch belt situated along the LoC. Even in this category, the potentiality of CBM had reached a saturation point. The ties between families on either side of the LoC are progressively vanishing as the family members with direct connection expired and families expanded.

Actually, most of the Muslim migration in J&K took place from its southern part and that too to Pakistan’s Punjab and not to Pakistan-controlled J&K. According to the 1948 West Punjab Refugees Census, the number of Muslims who migrated from Jammu and Kashmir — most of them from Jammu — was 2,02,600, the highest outside east Punjab. Muslims from the Jammu plains mostly settled in Sialkot and Lahore, though a number of families settled in other Punjabi cities such as Gujranwala and Faisalabad as well. The number of persons in Pakistan’s Punjab, including the succeeding generations of the 1947 migrants who have a linkage with Jammu and Kashmir, is estimated to be around 1.5 million. Like the Hindus and Sikhs who migrated from Pakistan-controlled Jammu Kashmir, these families’interest is limited to a desire to visit ancestral places.

Faced with this reality, the broadening of the conceptual framework of the CBM with regard to the movement of civilians is required. All those with a familial connection with J&K in India or Pakistan should be allowed to travel to visit their ancestral places. In this connection, it is important to open the logistically easier old Suchetgarh (Jammu)-Sialkot (Pakistan’s Punjab) route that will benefit the bulk of families who left J&K in 1947 for Pakistani Punjab.

The current Suchetgarh-Sialkot border post has already become a popular tourist destination on either side. The potentiality of a plain Suchetgarh-Sialkot route is huge as it targets the heartland of Pakistan’s Punjab by reducing some of the monolithic conceptions of Punjabi Muslims about J&K, which had been the key driver of violence and extremism in the region. It will also showcase J&K’s huge diversity, ethnic, regional as well as religious.

In case, security is a consideration, initially, only those above the age of 60 years should be allowed. In the same vein, Hindus and Sikhs could visit their ancestral areas in Pakistan-controlled J&K.

As the two countries may possibly start afresh, they should inject vitality to the previous CBMs by redesigning them through being more creative, bold and responsive to the facts on the ground. This alone could potentially translate the theory of conflict resolution by some measure into reality.