Reforms must go beyond pay, pensions

The military is an integrated body of highly motivated and dedicated men and women who pride themselves on belonging to an honourable profession. Ensuring that there is no misuse of benefits, and that the military values are upheld is primarily the responsibility of the organisation. 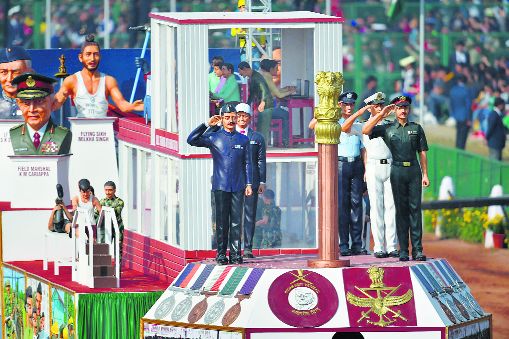 On the wrong track: The highest military leadership is looking at options that dilute the terms of service in terms of financial compensation. 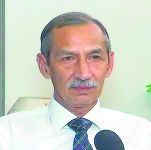 The military is an integrated body of highly motivated and dedicated men and women who pride themselves on belonging to an honourable profession. Ensuring that there is no misuse of benefits, and that the military values are upheld is primarily the responsibility of the organisation. Wielding only the blunt instrument that apparently seeks to punish the whole military community for the faults of a few is both an injustice to those who serve with honour and an abdication of organisational responsibility.

IN his Mann ki Baat address on the occasion of Kargil Vijay Diwas, Prime Minister Modi addressed the nation with these words, “Whatever we say, our behaviour, our speeches, our aim should be to boost the morale and respect of our soldiers.” These are the words that any soldier would be glad to hear from his highest national leader. He would also wish that the Prime Minister’s words are translated into action by those who implement policy. Unfortunately, what we are witnessing is a steady onslaught on the terms and conditions of service personnel, mostly to dilute provisions that have existed for decades.

Cutting down rations for officers, stopping hotel stay during temporary duty, removing income tax exemption on disability pension, and now the proposal to reduce pension for officers who take premature retirement, are examples of steps that have been taken in the past few years. Some of these were reversed after the government faced sharp criticism, but they created misgivings about the political and military leadership.

It is well understood that military reforms, particularly in times of stressed budgets, are absolutely essential. However, some of the personnel policies being recommended appear ill-considered and could have long-term implications on the character of the military. Without getting into the pros and cons of each proposal, the trends that we are witnessing raise three substantive issues.

The first concerns the responsibility of the military as an organisation towards its members. It would be stating the obvious that the organisation should empower its officers and men and strive to meet their genuine needs. Instead, the approach seemingly being adopted by the military hierarchy is one of collective disempowerment. Income tax relief on disability pension is sought to be stopped for everyone because some ‘unscrupulous personnel’ were misusing disability benefits. Hotel stay for all officers was banned because some of them could indulge in corrupt practices such as ‘exchanging briefcases with contractors’ in the hotel room. A similar logic is being applied in the latest proposal for reducing pension of officers who take premature retirement. Several specialists/super-specialists leave the service to work in other sectors; in order to discourage them, the pensionary benefits of all officers must be cut down.

The military is an integrated body of highly motivated and dedicated men and women who pride themselves on belonging to an honourable profession. Ensuring that there is no misuse of benefits, and that the military values are upheld is primarily the responsibility of the organisation. This is implemented through a system of policies that reward good behaviour, incentives for members, and where required, disciplinary action. Wielding only the blunt instrument that apparently seeks to punish the whole military community for the faults of a few is both an injustice to those who serve with honour and an abdication of organisational responsibility.

The second issue is the impact of the recent proposals on the attitudes of the officer corps. It could well be asked as to why I am specifically talking about the officers and not about all the rank and file who form the larger part of the military. The simple explanation is that officers occupy a special position in the organisation.

In the military system, there is an ‘otherness’ to the officer corps. General John Hackett, in his classic The Profession of Arms, writes, “There is in armies a tendency to set up an officer group with an otherness as a step towards or in some degree a replacement of, the betterness you require.” Officers are commissioned through a document signed by the President who reposes special trust in them. Officers are largely responsible for shaping the military’s ethos and their standards of conduct are pegged at a higher level.

It is the officers who provide the leadership in the military and who are tasked to ensure the care of the men they command. An officer who passes out of the Indian Military Academy takes the Chetwode pledge that he will place the ‘honour, welfare and comfort of his men’ before his ‘own ease, comfort and safety’. This pledge is redeemed daily by thousands of young officers who lead the soldiers from the front and ensure their welfare in the most challenging of conditions.

Some of the recent proposals have caused a sense of disquiet among the officers. I am not going into the merits or demerits of each proposal, but it would be better if policies are implemented after greater deliberation within the officer cadre of the military. Any loss of trust between the junior and senior leadership is a tear that will not be easily repaired.

The third issue is that an obsessive focus on pay and pensions is skewing our thinking on military reform. It is well understood that salaries account for a large section of the total budget, but this is not because the salaries are huge, but because the allocation to defence services is insufficient to support our military ambitions. There is a crying need for reform in the military, but rather than taking the harder step of restructuring to reduce its size, the highest military leadership is looking at options that dilute the terms of service in terms of financial compensation.

The most valued asset of the military is the quality of its human resource capital — the men and women who serve. Thousands of soldiers are currently locked in a standoff with the Chinese army in the freezing conditions of eastern Ladakh. Others are losing their lives battling infiltrators from Pakistan. In times like this, the military leadership needs to display greater sensitivity in pushing policies that could impact the morale of officers and men.

There is an unwritten covenant between the soldier and the state. The soldier pledges to sacrifice his life for the security of the nation, and the state promises to treat the soldier with respect and dignity and provide adequate compensation to him and his family. If this covenant is broken by either side, either the nation will weaken its security, or the military will lose its professionalism. Neither scenario is desirable.