India needs to be more India, and not mimic China 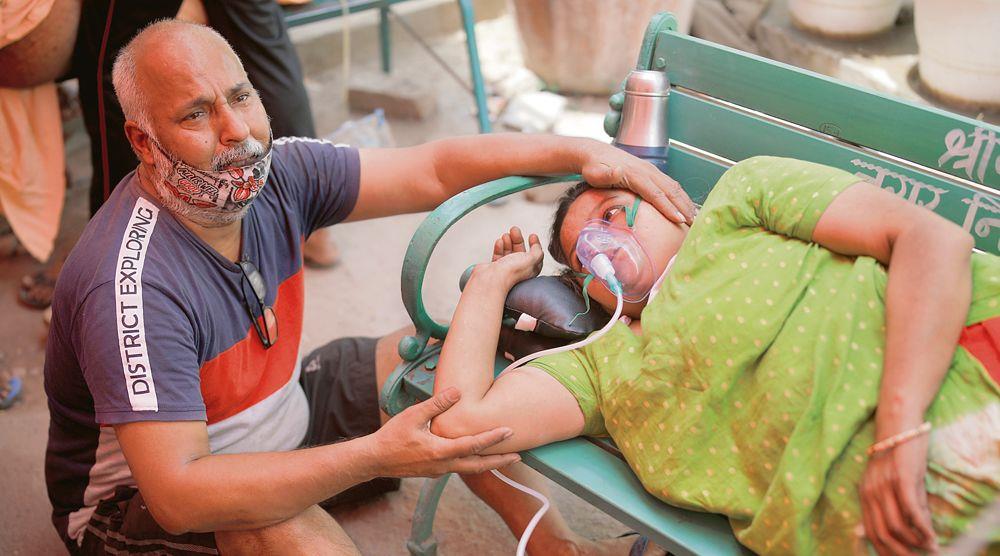 Slip-up: India’s external profile has taken a severe beating as it grapples with an unprecedented health crisis. Reuters

A country’s international stature and credibility draws in no small measure from how it is perceived by partners and adversaries alike. Creating a positive external image of the country is, therefore, a major objective of its foreign policy. However, such an exercise cannot remain unaligned with the ground realities of a country for any length of time. Image cannot supplant reality, though it can give it a modest sheen. In my experience as a diplomat, credibility counted for more than perception in advancing India’s interests. India never faltered in its rejection of the Nuclear Non-Proliferation Treaty as discriminatory and violative of India's interests despite often being in a minority of one. Its stand was backed by an impressive domestic nuclear energy programme which was sustained despite international sanctions. This won respect, sometimes grudgingly, but reinforced India’s credibility as a country that despite its relatively modest economic and military capabilities, would uphold its vital interests. This international perception emerged from India's consistent and unbending record on the issue and not on an image-building exercise.

I was serving in the Prime Minister’s office during the critical years of 1991-92 when India faced imminent bankruptcy, and then, redeemed itself through dramatic economic reforms and liberalisation. Then, too, India's external image was of a country with unstable politics and poor governance. Its economic prospects were considered bleak. And yet within the space of just a couple of years, India's far-reaching decisions on economic reforms and their positive impact, dramatically altered external perceptions of India. In this instance, too, it is substantive change at home that expanded India’s diplomatic space.

8-9% per annum. It was the rest of the world which put India in the category of emerging economies, made it a member of the BRICS club and projected it as the next China in terms of commercial opportunity. In fact, the external image to some extent outpaced the Indian ground reality, but it was nevertheless based on credible assumptions. As Foreign Secretary during 2004-06, I was conscious of how the country’s diplomatic space had expanded, allowing us to pursue ambitious objectives such as the Indo-US nuclear deal.

So does this history hold lessons for us as India's external profile takes a severe beating as it grapples with an unprecedented health crisis? There are growing apprehensions about the political and social consequences of what is truly an ongoing tragedy of unprecedented proportions in Independent India. I know that many of us are angry at the sharp criticism of the Indian Government's handling of the crisis and growing scepticism over India's economic prospects for the future in foreign media. We should realise that these external assessments are not very different from what most of our citizens too feel about the current crisis. One cannot prevent horrific images from being circulated globally, just as we are unable to prevent their circulation among our own people. This is the age of instant communications across political boundaries. Nothing can be camouflaged. Attempts at such camouflage and fevered reactions to external criticism only serve to undermine our credibility. They invite ridicule. But there are inspiring stories of ordinary citizens reaching out to one another, human stories of people turning private grief into a surge of fellow feeling to help and support others. This second wave has brought out the worst and the best in our people. That best, too, is a reality and that is an India that commands respect and admiration as well. That image deserves to be better known and not be seen by the government as somehow undermining its carefully built image as a source of sustenance and relief to its distressed citizens.

India has a long history of resilience as a society, but it is also a history of dangerous vulnerabilities arising out of fragmented polities and festering divisions. One cannot build a bright future as a modern nation by re-igniting ancient battles and conjuring up a glorious past that tempts us back into medieval obscurantism. This unfortunate image of India sits uneasily with that of a space-faring nation. I have said in another context that pride in India’s shining past can be an inspiration, but does not guarantee its future luminescence.

India's strength lies in its ability to manage immense diversity and democracy has been a critical and indispensable instrument in that management. Its democracy has been underpinned by strong and independent institutions which are empowered by an enlightened Constitution. Even in the most difficult of times in our recent history, it is this enduring and unique character of India which has contributed to its generally positive standing in the world. Our falling short in preventing, and then, managing the pandemic is the result of our steady drift away from these sources of strength in pursuit of an illusion of uniformity, of the promise of faster development by opting for a charismatic and decisive leader, bypassing institutions or hollowing them out. A country of India's complexity with myriad moving parts cannot dance to just one Piper's tune, no matter how alluring this may seem for some time. India's problem today is too little democracy rather than too much of it. There is no basis for what one may call ‘dictator envy’— the hope that a dose of authoritarianism will deliver the country from its perceived ennui. India needs to be more India, and not mimic China. There may be a temptation to treat the current crisis as an opportunity to discard democracy altogether and to pursue a more ambitious authoritarian agenda justifying its need in order to bring matters under control. That must be resisted.

It is time to end our experiment with concepts that are alien to our plural culture. We are at the brink and need to step back before it is too late.