Forced conversions do not necessarily take place in broad daylight by means of physical force. Rather, more subtle and nuanced approaches of allurement, inducement and coercion are deployed. Sometimes they are guised in the veil of interfaith marriage with lucrative offers of money, security, employment, false hopes of divine benefaction and a better life. The gravity of this situation is intensified with the advent of new technological advancements. 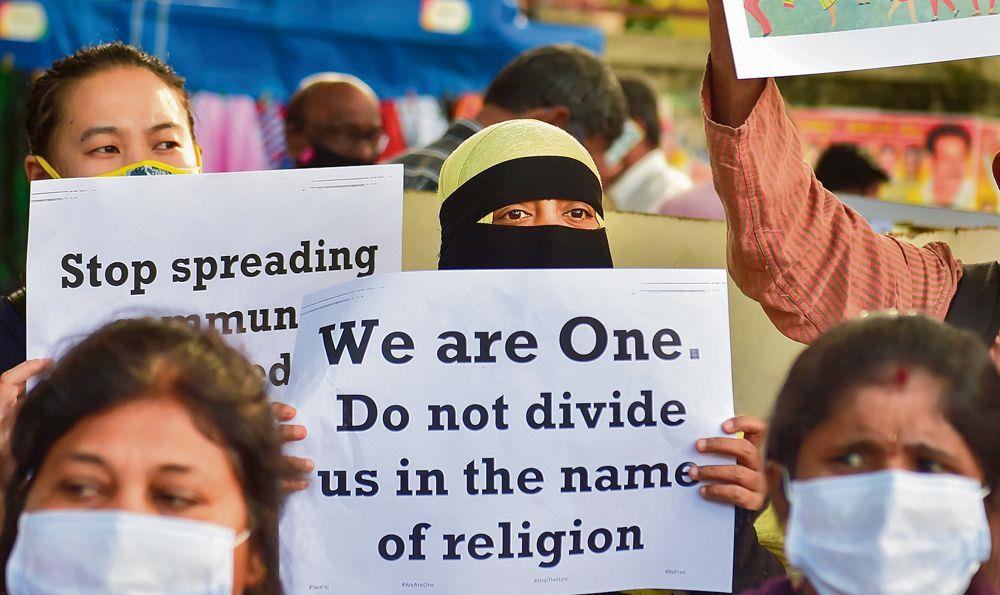 Clear aim: The purpose of anti-conversion laws needs to be determined properly. PTI

The recent arrest of a prominent Islamic scholar, Maulana Kaleem Siddiqui, and eight others by the Uttar Pradesh Anti-Terrorist Squad (ATS) on the charge of running a conversion racket has again turned the spotlight on anti-conversion laws. The ATS claimed that they were involved in the racket through inducements such as marriage, money, employment and even coercion. The arrests were made under sections of the IPC and the UP Prohibition of Unlawful Conversion of Religion Act, 2020. The latter law has been criticised severely on the grounds that it bridles the right to freedom of religion as well as the freedom of speech and expression and may be misused against the minorities. This prominent discourse on anti-conversion laws, however, fails to account for social realities.

Laws cannot operate in a vacuum. It is important, therefore, to understand the realities that led to the enactment of these laws. It is the case of the State that anti-Indian forces have an ulterior agenda behind organised mass conversions, particularly with the aid of foreign funding. Exorbitant funding from foreign sources must have an aim. Through forcible conversions, foreign actors seek to destabilise the demographic balance for achieving questionable ends. Liberal ideologies can and must promote tolerance of all thoughts and belief but only till the existence of the liberal order itself is not threatened. Motivated religious indoctrination coupled with inducements can negate the freedom of religion and conscience.

It is unfortunate that the social, political and economic vulnerabilities of Indian society push our citizens to easily become a catechumen of this manipulated reality presented under the guise of lucrative offers. The current narrative against the validity of anti-conversion laws stems from the false assumption that forced conversions are a myth, unsubstantiated by data.

Forced conversions do not necessarily take place in broad daylight by means of physical force. Rather, more subtle and nuanced approaches of allurement, inducement and coercion are deployed. Sometimes they are guised in the veil of interfaith marriage with lucrative offers of money, security, employment, false hopes of divine benefaction and a better life. The gravity of this situation is intensified with the advent of new technological advancements. The State is already struggling to track cyber-crimes and conversions through technological means that add an extra layer of complication to an already complex and multifaceted crime. Conversions, in many cases, are organised too. Systematic radicalisation of vulnerable sections has been detected in several states. Radicalisation or ‘coercive persuasion’ is the most popular explanation for conversion. According to William Sargant, the author of Battle for the Mind: A Physiology of Conversions and Brainwashing, “Various types of beliefs can be implanted in many people, after brain function has been sufficiently disturbed by accidentally or deliberately induced fear, anger or excitement.”

Religion in India is a way of life, reflective of a person’s identity. Freedom of religion is protected as a fundamental right in the Constitution. However, when the exercise of a fundamental right impedes free choices of others through forcible, induced and/or deceitful conversions, it does not remain a matter of free exercise of an individual’s right. Rather, it must be brought under reasonable restrictions to maintain public order and prevent further encroachment into the exercise of the said right.

The test for determining whether an act affects public order is to see whether the act disturbs community life or affects only an individual. It is mandatory, however, to ensure a reasonable and proper balance between the imposing restrictions and maintaining public order. The purpose of these laws is to prevent forced conversions and not to stop interfaith marriages or infringe upon the rights of the individuals as it might appear from the current scholarly narrative. The argument that such laws reflect a paternalistic eagerness of the State to infringe upon the right to practise and propagate a religion of choice is devoid of consideration for social realities.

The anti-conversion laws do not create a class of interfaith marriage, they rather create a reasonable classification in favour of those forcibly induced to marry interfaith for the purpose of conversion. This classification has a reasonable link with the object of maintaining ‘public order’ while criminalising forcible conversions. The laws are equally applicable to all irrespective of their religion and the question of illegitimacy on the grounds of arbitrariness or unreasonableness does not arise.

To brand a law as unconstitutional merely on the ground of a potential of misuse can be compared to a demand for scrapping Section 498A or Protection of Women’s Domestic Violence Act or even our rape laws because there is potential of their misuse. That a law can be an instrument of misuse cannot be an argument for its repeal. Instead, the discourse must result in suggestions as to how the law can provide for better safeguards against misuse.

The anti-conversion laws gain even greater pertinence in light of their relation with the discourse on radicalisation. The converters are motivated

by strong religious and sometimes politically charged ideologies. They tend to convince and incentivise the converts through lucrative offers of a better life. The weak and vulnerable become easy targets for such conversion. It is an elaborate attempt at a planned and organised manoeuvre to undermine the sovereignty and security of the nation.

In light of these realities, it would be ignorant to deny the need for anti-conversion laws and render them toothless by excluding words like “allurement” and “interfaith marriages” as has been demanded by many. History is proof that forced conversions were a heinous reality and, though in subtler forms, remain the reality at present. The recent arrests indicate that the conversionist forces are gearing up to target the poor and vulnerable sections of the Indian society. Perhaps it is time to look at the real threats posed by conversion and the actual purpose that is sought to be achieved by anti-conversion laws rather than painting a rhetorical imagery criticising these laws. It is imperative that the real threat is challenged and curbed at the earliest.