Democratic processes ensure all are heard, but civility must be maintained 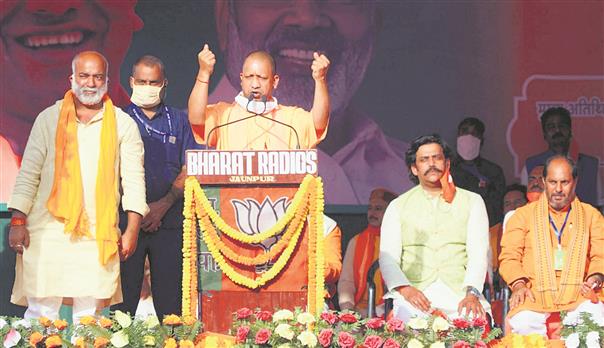 Perspective: People have the right to speak out against regressive laws, like ‘love jihad’ promulgated in Chief Minister Yogi Adityanath’s UP. PTI 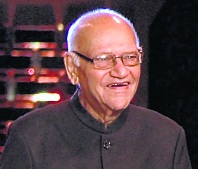 Every functioning democracy needs a strong Opposition. It is a tragedy that such an Opposition has not taken shape in our country to take on Modiji. But a group calling itself the Constitutional Conduct Group (CCG), an opposition with its base in civil society, has been functioning for some time now and recently a rival to the CCG has emerged.

Voices should not be suppressed by just labelling them ‘anti-national’, ‘tukde-tukde gang’, ‘urban Naxals’, etc. They should be heard before foisting legislations on citizens.

I am talking about the group led by a former Chief Secretary of UP which has emerged to take on the CCG of 200-odd IAS, IFS, IPS and a few Central Service officers who have been active for the past three years.

The group was formed by some public-spirited former IAS officers, a couple of them from my home state of Maharashtra. On being approached by one of them, I agreed to join the group almost from its very start. The group takes up issues that reflect on the government’s policies. For instance, the three farm laws and the ‘love jihad’ laws promulgated in UP and other BJP-ruled states have attracted its attention. Any laws that are felt to be unjust or not well researched or only cursorily discussed in Parliament before promulgation are taken up by it. Its thoughts are conveyed to the authorities concerned through open letters addressed to the authority but simultaneously released to the Press, for the public to digest.

Recently, the group shot off a letter to CM Yogi Adityanath, voicing its concern about the ‘love jihad’ laws promulgated through an ordinance in UP and their subsequent implementation by the police. This letter was carried by many English-language and local vernacular newspapers. The newly formed rival group of retired IAS, IFS and IPS officers, purported to be supported by some retired judges and sundry intellectuals, have taken up cudgels on behalf of the BJP lawmakers.

In a democracy, there is space for all opinions and points of view. I welcome every such group and the point of view it espouses, as long as it does not descend into personal invective. One group calling another ‘anti-national’ is crude and ungentlemanly! Politicians of one persuasion fling this epithet quite freely these days! Anyone who does not agree with their point of view is condemned as ‘anti-national’. That may be kosher in politics, but not among former brother officers. It does not behove those not in pursuit of power to degrade themselves by importing such epithets, or even thoughts, in their interactions in public or even in private.

I do not know Yogendra Narain, the former Chief Secretary of UP, personally. But some friends in the CCG, who know him, speak well of him as an officer and a gentleman. I personally know one of the signatories, Praveen Dixit, former DGP of Maharashtra. I admired him for his firm commitment to fighting corruption. When he headed the Anti-Corruption Bureau of the state police, he was feared by the junior ranks for his tenacity in unearthing and prosecuting offenders. But I admit I did not know of him being distrustful of Muslim youth in love with Hindu girls.

In the IPS cadre of my state, I know of two officers, both Hindus, happily married to Muslims. One of them was my own batchmate, Som Dev Mehta, later allotted to the Gujarat cadre on bifurcation of the old Bombay state. The other became DGP of the state before retiring from service. Nobody seems to have taken particular note of these inter-faith marriages, so uncommon but sufficient in number it now seems to raise the hackles of my ex-colleagues in the services and some ex-judges, too!

I read the statements of two supposed signatories to the group’s letter, both of them former judges of the Kerala High Court. They publicly denied they had signed the letter! Another Kerala ex-judge said he had signed without reading the letter’s contents minutely! Not a very happy start to a nascent pressure group. Future interactions between the two groups, the CCG and the unnamed one, gathered together by the UP ex-Chief Secretary must always remain in the realm of decency and good taste. Neither group aspires for political power. I do not know who and what motivated the birth of this new group but I can safely state that the group known as the CCG holds no brief for any political party. If someone other than the BJP had been in power, steam-rolling laws, like the CAA/NRC and the concept of ‘love jihad’ through the legislative bodies or by ordinances, the group would have done what it does best — bring its views before the public and let it decide which view is more acceptable to the people. Those in power today may not bother about what a group like the CCG thinks. But they should let all points of view and arguments to be placed on the table.

That is what democracy is all about. Voices should not be suppressed by just labelling them ‘anti-national’, ‘tukde-tukde gang’, ‘urban Naxals’, ‘Maoists sympathisers’, etc. They should be heard before foisting legislations on citizens. By promoting yourself as all-knowing and omniscient, you are only inviting agitations, like the one the farmers of Punjab and Haryana have spearheaded and which is causing inconvenience to the travelling public and headaches to the government.

Finally, a request to the new group to publish the full list of its members, like the CCG has done. After the retraction by the two Kerala HC judges, this should have been done voluntarily.