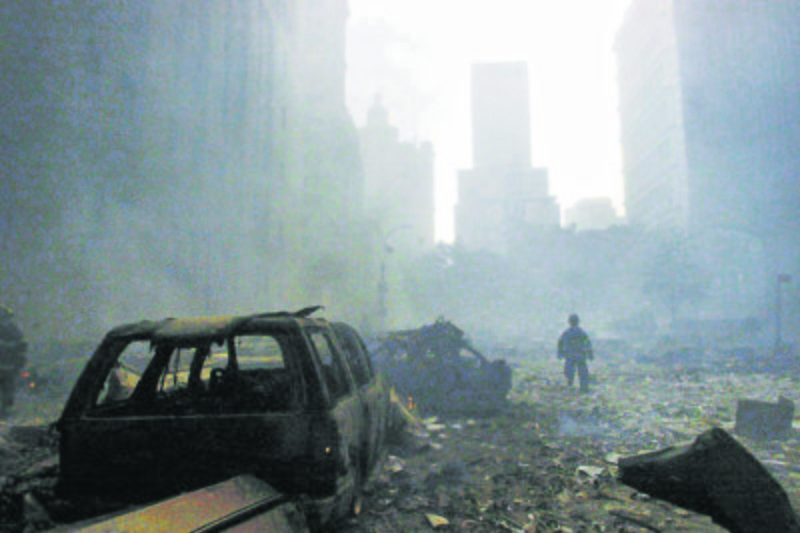 Backlash: Most people were willing to condone many excesses which followed in the wake of the September 11 attacks. Reuters

Two days from now, Indians in North America will observe the 20th anniversary of the most impactful hate crime that they have faced since 376 passengers, mostly Sikhs from Punjab, who arrived in Vancouver in 1914 on a ship, Komagata Maru, were inhumanly treated under anti-Asian exclusion laws then practised by Canada and the US.

Years after 9/11, the US media has self-corrected its stance on Islamophobia. Will we follow?

Because the murder of Sikh petrol station owner Balbir Singh Sodhi, the first hate crime in the US in the aftermath of 9/11, occurred even before Indian Americans had time to fully digest the import of the most serious terrorist attack on American soil, it was a double whammy for them. If it is any consolation 20 years after the tragedy, Sodhi did not die in vain. His death unleashed in its wake a campaign in the US — and to a lesser measure in Canada — as a result of which, American federal law enforcement agencies now record and act on hate crimes against Sikhs.

Progress towards such a turning point six years ago in race relations affecting the Sikh community in the US was not easy. Several more Sikhs like Sodhi had to die, the most heinous hate crime having been committed in Wisconsin nine years ago. Seven Sikhs among worshippers at a gurdwara in Oak Creek were shot by a white supremacist. In the US, the anniversary of the Wisconsin shooting has now become national commemoration. Last month, President Joe Biden recalled the horror and spoke up on the need ‘to stand up to hate and bigotry and ensure that all are able to practice their faith without fear.’

There are no perfect remedies against the occurrence of hate crimes. Hostility and discrimination based on colour, race or beliefs in superiority is the result of a mindset and can only be partly offset by legal means. So, there will always be room for allegations of antagonism in societies like the US or Europe towards ‘others’ like South Asians, Arabs or East Asians. But on the 20th anniversary of the September 11 attacks, when fears of terrorism are central once again because of events in Afghanistan, it is essential to acknowledge that significant progress has been made in creating greater awareness about Sikh Americans, who faced the worst hostility in the US immediately after 9/11. More needs to be done and there is optimism among Asian Americans that it will be done based on the experience of the last two decades.

When 9/11 happened, most people were willing to condone many excesses which followed in its wake. Both within the US and outside. Twenty years later that has changed and the licence to do anything and everything in the name of fighting terror has lapsed in America. This goes beyond hate crimes or discrimination based on ethnicity, religion or appearances. It was inconceivable in the years soon after the fall of New York’s World Trade Center that the Reuters Handbook of Journalism would advise the global news network’s reporters to avoid using the phrase ‘war on terror’ in their reports. Now the handbook reads: ‘Do not use this phrase unless in a quote. It is poor English and part of the propaganda battle around militant violence.’

Like in India now, sections of the American media, especially viewership-chasing and poorly-informed sections of the visual media, played a role in promoting Islamophobia after 9/11. It hurt non-Muslims too because many Americans could not distinguish between Sikhs and Afghans, both turban-wearing or between stubble-sporting Iranian faces.

Until the 9/11 attacks, my beard had never been an issue in America. In the months after the attacks, I recall walking into bars in New York and Washington and being asked if I was a Hindu. Nobody ever asked if I was a Muslim because what other customers seated on bar stools near mine wanted was reassurance. Besides, overt avoidance of Islamophobia in high-end surroundings prevented such a question. That was not true in vast swathes of middle America where ignorance is rife and exposure to the external world is almost zero. Sodhi paid with his life for such ignorance in the US heartland of Arizona.

Wiser by the bitter experiences of two decades ago, like Reuters, several media associations in the US issued detailed guidelines on covering the 20th anniversary of 9/11. African Americans have more experience of discrimination soaked in blood and tears than recent immigrants to the US like Indians or Arabs. It was not surprising, therefore, that the National Association of Black Journalists (NABJ) joined several other such professional bodies in issuing ‘guidance to help journalists and newsrooms more accurately and critically cover the commemoration, impacted communities, and policies that resulted from 9/11.’ The most important words here are ‘impacted communities.’ They are the ones, like Sodhi’s family and friends in Arizona, who were victims of media excesses then.

Chief Justice NV Ramana’s comments against sections of the Indian media which give communal colour to news would have been relevant and remedial in the US 20 years ago. Unfortunately, the US Supreme Court, which then had several forceful conservatives on the bench failed to stand up for civil liberties and freedom for victims of xenophobia. The liberals on the bench were too timid to speak up in the toxic environment. However, they are now wiser from experience. Although the US Supreme Court presently has more conservative judges than two decades prior, their judgments affecting immigrant communities are now more balanced and fair.

More than any other institution in the US, its Fourth Estate has self-corrected. The sentinels of American print media integrity, who willingly published planted, false stories during the 2003 Iraq invasion by President George W Bush — which was a continuation of the war on terror — have apologised. There is an effort now to ensure that the language they use does not become the society’s commonly accepted policy. So-called counter-terrorism is no longer an unquestioned solution in the American media that it was after 9/11. It is worth pondering on this landmark anniversary whether Chief Justice Ramana’s words of caution will make Indians introspect, like Americans did, to their advantage as a society.