Revival of G7 and its impact

From US perspective, the summit’s aim is to announce that ‘America is back’ 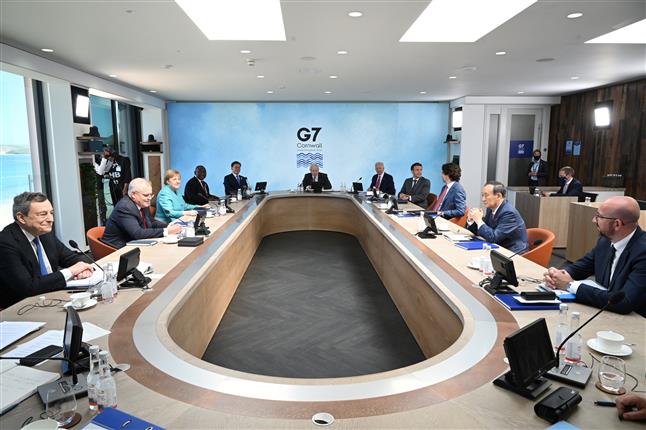 Agenda: G7 has the potential to emerge as a core of a broader coalition to achieve balance in the power equations that the emergence of China has upturned. Reuters 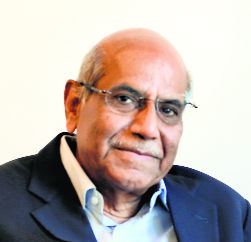 The three-day G7 summit concluded on June 13 and released an unusually long and detailed joint statement of 70 paragraphs and a separate Open Societies Statement. The latter statement was on behalf of the G7 and the four invitees to the summit, namely Australia, India, South Korea and South Africa. The summit is only the first of three key meetings involving western countries. This week includes a meeting of the EU and the US and a meeting of the NATO military alliance, both in Brussels. Fortified by the display of solidarity at these three summits, President Biden will have his first summit with Russian President Putin in Geneva on June 16.

From the US perspective, the objective of the summits is to announce that ‘America is back’ and ready to lead the world after the debilitating disruption of western alliances and partnerships and a retreat from global engagement during the Trump years. What Biden is signalling is that the revival of American leadership and diplomatic activism will be anchored in the web of its transatlantic relationships, even as the Indo-Pacific strategy will be its key preoccupation, given the acknowledged challenge posed by China. The emphasis on the transatlantic alliance and partnership is also important in countering the Russian threat. While Biden has described China as a competitor, Russia is the ‘enemy’, even though the US is prepared to work together with both on areas where there are convergent interests on global issues, such as climate change, cyber security and nuclear non-proliferation. Has Biden succeeded in convincing his western allies and partners and his adversaries that the US is back? The answer to that, as judged from the joint statement, should be a yes. But then, the Trump years were a low base to compare to.

Has Biden achieved a degree of western consensus in presenting a united front against Russia and China? Perhaps more against Russia and less against China. For example, the launch of the Build Back a Better World (B3W) partnership was launched as a ‘values driven, high standard and transparent infrastructure partnership led by major democracies’, but stopped short of explicitly posing it as an alternative to China’s Belt and Road Initiative. There are few details of how this partnership is going to be financed beyond saying that this will be private financed but with ‘catalytic investment’ from public and multilateral sources. We may conclude that there are simply not enough resources available to be deployed by the G7 which could match what China has been offering, despite concerns over lack of transparency and exacerbation of the debt overload on several developing countries.

There are several other references to Chinese misdemeanours which taken together do represent a broad western consensus on the need to confront China. These include the importance of maintaining peace and stability in the Taiwan Strait, ‘a free and open Indo-Pacific’, of avoiding ‘unilateral attempts to change the status quo and increase tensions in the East and South China Seas.’ In addition, there are references to human rights issues in Xinjiang and Hong Kong, both of which are regarded as ‘core issues’ by China. Overall, therefore, one could say that Biden has been able to fashion a consensus on acknowledging the Chinese security challenge and ideological challenge.

Will this impress China? Up to a point. The economic and commercial relationship between Europe and China is deep and broad ranging as is that between China and Japan. The EU and China have been working together, for example, for several years on developing benchmarks for climate finance, including green bonds, disclosure norms and the running of carbon markets. The area of climate finance will assume critical importance as climate change action gets into high gear after the Glasgow summit later this year. There is a limit to disengaging from the world’s second largest economy and the central node in global supply chains.

China has reacted by dismissing the G7, pointing out that a small group of countries cannot rule the world. There is another important shift the summit represents. After the global financial and economic crisis of 2007-8, it is the G20 which was established as the premier forum for international economic coordination. It worked very well in dealing with the immediate crisis, but its role has steadily diminished since then. With renewed tensions between the US and China and with Russia, the utility of the G20 is not so obvious currently. This adds to the significance of the revival of G7, even though its economic heft is much less than in its heyday. It constitutes only 30% of world GDP as against 60% at the end of the Cold War. However, the global trading system and its financial infrastructure continue to be dominated by the G7 so one should not underestimate its influence. It has the potential to emerge as a core of a broader coalition to achieve a degree of balance in the power equations that the emergence of China has upturned in the new millennium.

The adoption of the Statement on Open Societies reflects Biden’s renewed emphasis on the importance of preserving and promoting ‘open societies, democratic values and multilateralism as foundations for dignity, opportunity and prosperity for all.’ For all the cynicism that attends the expression of such lofty statements, they have value in contesting China’s confident belief in the efficacy of its authoritarian ideology and system of governance. Biden is taking head on the prevailing pessimism about democracy within democracies themselves. One should welcome PM Modi being honoured as the lead speaker at the session on Open Societies. His remarks were unexceptionable and worthy of a leader of the world’s largest democracy. One hopes that this is followed by a renewed commitment to democratic values which are enshrined in the Indian Constitution, but also constitute, as PM Modi said, the civilisational values of India.