Learning in India is in short supply, episodic or dependent on some outsider, usually rooted in America or Britain, to tell us what to do. Institutional mechanisms to collate information are weak, access to information thus collected is weaker, and there is little effort to use the information to suggest ways to improve efficiencies. For systematising data sets, we can use existing knowledge institutions like colleges and universities. 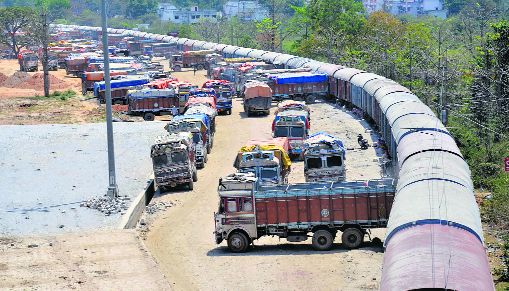 Long-lasting lesson: Making money has more to do with the learning curve. Capital and infrastructure merely play a facilitating role.

Will the Indian economy boom after the Covid-19 virus has run its course? Or will the Indian economy become a basket case once again? Estimates by economists and bankers have by and large painted a gloomy picture even while the government continues to be optimistic. Most of the discussions, especially by economists, have been around the government injecting a large amount of money into the economy. The presumption seems to be that money will automatically begin to multiply. We would suggest that this is not how economies work. Rather, we would point out that while there is an opportunity to grow, the use of that opportunity will depend on India’s ability to learn how to move forward in the fourth industrial revolution that began in the second decade of the 21st century. This industrial revolution, unlike its three predecessors, is entirely dependent on research and information. Do we have robust and reliable institutional mechanisms to collect and collate information, conduct research on information thus collected and on that basis, suggest ways to improve our efficiencies overall?

Thrice in recent history, India has had marvellous opportunities for growth. We fluffed all of them. We simply did not have the capacity to recognise that there was an opportunity. In contrast to India, China used each of these opportunities to grow. The most widely known story here is that of the Indian cell phone industry. What happened was this: Indian cell phone manufacturers like Micromax, Karbonn and Intex, sourced their components from China. Over the months, not years, the Chinese learnt the details of the Indian market, began to send cheap cell phones to India, quickly occupied the Indian market and the Indian cellphone manufacturers moved into the dustbin of history. Chinese brands today have over 60% market share in India.

The second story became visible when the Covid-hit world needed paracetamol in huge quantities from India. While Indians produced the drug cheaply, the raw material for it was sourced from China. Without Chinese raw material, there was no Indian pharma.

So, how did all these screw-ups happen? Indian pharma was and continues to be a bright spot in the Indian export market. Indian producers command roughly 10% of the global market for generic drugs in revenue terms. Their weakness is that they depend on China for as much as 60% to 80% of key inputs known as Active Pharmaceutical Ingredients (APIs). The dependence on China was rooted in the policy paradigm of the 1980s. That was the time when under industrial licensing policy, licences to industry were handed out on the basis of government assessment of domestic demand. That assessment never included the export market. Fragmentation of production was the result. India’s formulations sector grew; Indian API manufacturers shrunk before the Chinese. To make things worse, as the Indian Pharmaceutical Alliance pointed out, isolated units were unable to set up common effluent treatment facilities or captive power plants. To make it even worse, a policy of price control was put in place. Costs were assessed on the basis of assumed capacity utilisations that were much higher than actuals. With rapidly declining margins, Indian units preferred to import cheaper APIs from China. Indian regulators continued to use prices of Chinese APIs to determine prices.

Recommendations of committees, if done on the basis of proper research, are supposed to help growth. That is what happened in China when their committee checking out postal rules across the developed world, found an opportunity in the old rules of the Universal Postal Union (UPU), which were designed to protect and promote ‘developing’ countries like India and China. This is where the third sad story of India fluffing a marvelous opportunity happened.

This story is not very widely known. It is about how India Post, with its single- minded devotion to taking letters across the country, did not see an opportunity in helping Indian products reach the rest of the world cheaply.

In 2010-11, China Post and Hong Kong Post used the UPU Rules to negotiate a treaty with the US Postal service for delivery of Chinese origin parcels via USPS in the US at competitive rates. So competitive were the rates that for parcels weighing below 1.5 pounds, it was actually cheaper for Chinese merchants to ship a parcel from China to the US in comparison to American merchants shipping goods from California to New York. It was only by 2019 that the Americans were able to bring sufficient pressure to bear on the UPU and the rates are now to be re-negotiated and President Trump has been complaining that America too should be classified as a ‘developing’ country.

India too could have tried to use these rules in its favour. But that would have meant reading treaties carefully, collating information systematically, and imagining an opportunity. India Post did not even realise that here was an opportunity for it to help Indian producers reach into the American markets.

All three stories point to an inability to learn — either from history, from experience or from one another. Learning in India is in short supply, episodic or dependent on some outsider, usually rooted in America or Britain, to tell us what to do. Institutional mechanisms to collate information are weak, access to information thus collected is weaker and of course, there is little effort to use the information to suggest ways to improve efficiencies.

First, we need institutional mechanisms to collate information. We have earlier pointed out in great detail that the government itself generates vast amount of data in its routine activities. But most of it gathers dust. These diverse bits of information can coalesce into a useable network — what is needed is for the various compartments within the government to share information and then, systematise the data and make it freely available in the public domain.

For systematising data sets, we can easily use existing knowledge institutions like colleges and universities. These are the institutions historically designed to preserve memories and increase capacities.

Secondly, such collated information should be used to make universities research the impact of policy on industry. Today, universities and colleges waste time on useless research and ideological debates, rather than evaluating real life. Achieving the $5-trillion economy mark is still a very doable feat. But doing it is about using experience and information to improve productivities all round.